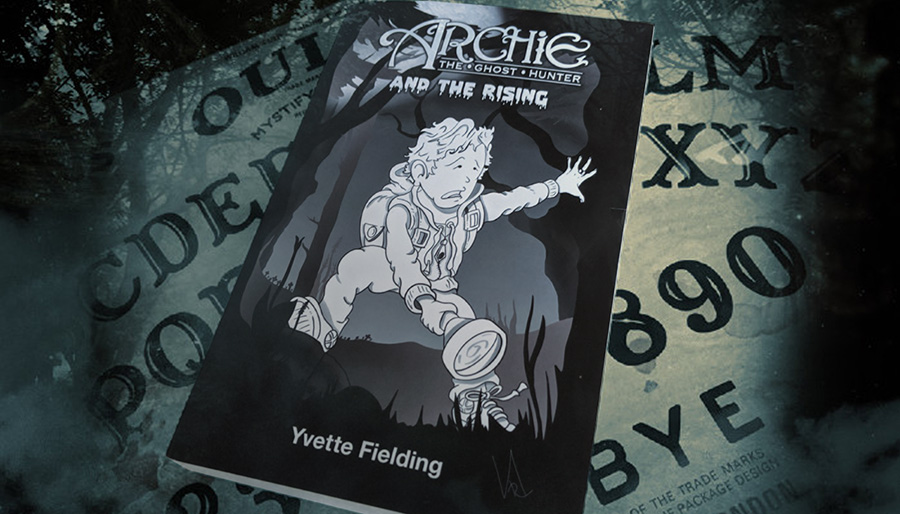 This month television ghost hunter Yvette Fielding released her first children's story book. 'Archie the Ghost Hunter and the Rising' is not only based on Yvette's career in the field of the paranormal, but also her love for the type of lifestyle only a small Cornish coastal village can offer.
The book has been riding high in several of Amazon's best selling lists based on pre-orders alone. Becoming the No. 1 best selling book in the 'Horror for Young Adults' category, No. 2 in 'Ghost Stories for Children' and No. 4 in 'Horror Graphic Novels (Books)'.
I'm a fan of Most Haunted and Yvette as a person, but I'm also a fan of creativity and like to celebrate people's success. So, in order to give Archie the feedback it deserves, I need to make it clear that my judgement is in no way being shaped by Yvette's other work.
The book revolves around a seemingly ordinary boy named Archie Nuttall, who just before his 13th birthday finds himself in the middle of a supernatural event, the likes of which has never been witnessed before... "The Rising".
Archie's eyes are opened to the paranormal world which is all around him and has been since the day he was born in Bottomley-on-Sea. A charming village, but one with something dark and sinister hanging over it. A fishing village without fish. A seaside town with out seagulls. Something must be wrong.
Although Bottomley-on-Sea is fictional, Yvette has taken inspiration from the beautiful Cornish village of Polperro. Reading the book it's easy to imagine the fantastical scenes throughout Archie's adventure taking place in Polperro. 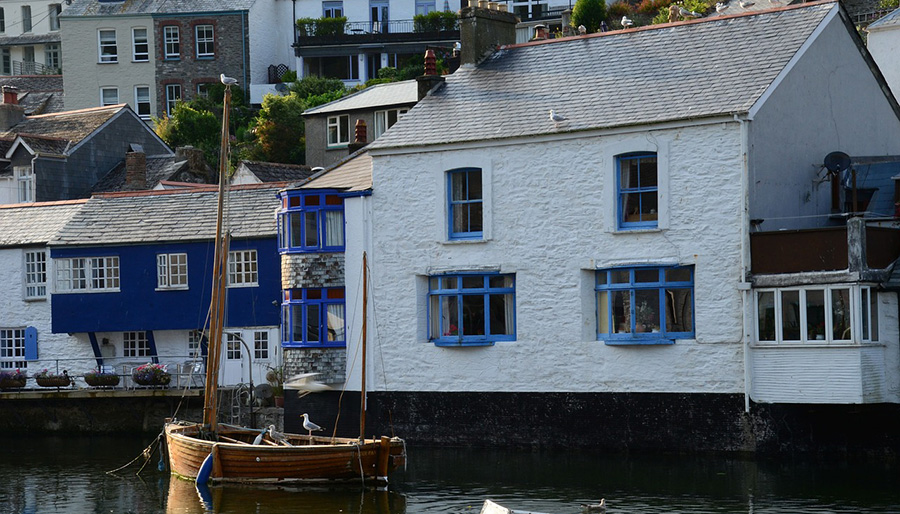 From mentions of the independent shops to the small beach in front of the harbour wall - all of this can be found in Polperro, as well as the crowds of tourists enjoying the quaint surroundings. Bottomley-on-Sea's local, the Swinging Rope, conjures up images of the real life village's haunted pub, the Three Pilchards.
Archie lives with his mum and gran in a cottage, set back in the rocky hillside above the village. The cottage, which is hiding a few secrets itself, is aptly named Seaview cottage. This is perhaps a reference to Yvette's first television role in the BBC's 80s children's series 'Seaview'.
Although the book is set in present day, a time where local communities in England aren't as close-knit as they once were, Yvette has managed to emphasise the importance of village life further through her storytelling. A power outage caused by the oncoming 'Rising' near the start of the book throws the already slow and sleepy village further back in time, removing their dependence on television, internet and the outside world.
Yvette has created a beautiful world that ties together the quaintness of village life with the mysteries of the supernatural. For the most part, the book is truly well written and throughly gripping. It's a little dark in places, especially when Archie finds himself up against what some might refer to as demons, not to mention the accounts of demonic possession. 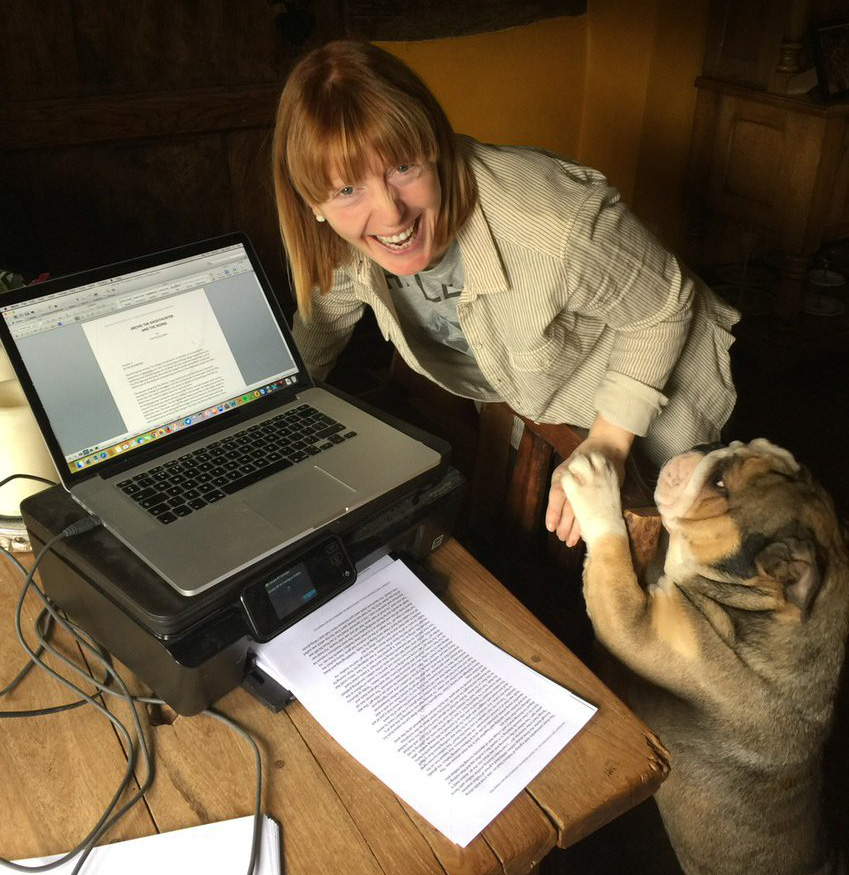 Photo: twitter.com
Many of the images Yvette described through her writing brought a smile to my face, like early on in the book, the mention of Archie's gran stood in front of her telly copying Bruce Lee moves in her nightie.
Yvette's knowledge of the paranormal clearly shines through in this book. The story gently introduces the reader to supernatural concepts without drowning them in ghost hunting jargon. The book mentions such paranormal phenomenon as cold spots and unexplained icy blasts of air, disembodied footsteps and knockings, and the idea of paranormal portals to other realms.
The book even teases the suggestions that the spook haunting the Grants' shop in the village could be a succubus, although Yvette stays clear of using the term or getting bogged down in exactly what a succubus is - this is a kids' book after all.
There's also aspects of spiritualism. As you might expect the book plays heavily on the idea of an afterlife, with mentions of people crossing over, choosing their appearance in the spiritual realm, and communication via séance.
Yvette expands on many of these concepts, grounding them and giving them legitimacy within her fictional paranormal world. For example she explains how and why the temperature drops in a building when an entity draws the energy from its surroundings.
Of course any children's book series is going to be compared to Harry Potter, this is unavoidable, but it would be unfair to directly compare the plots and characters from the two stories. However, it's fair to say that where J. K. Rowling built a fictional world based around the idea of magic being real and tangible, Yvette has done the same with ghosts.
The overarching plot of the book verges on being biblical in origin, but without getting bogged down in any major religion or religious symbology. Instead Yvette uses the idea of entities from Diabolis' dark realm and the celestial realm to describe the difference between good and bad - in this case positive and negative hauntings.
Yvette successfully uses story telling mechanisms to explain to a young audience the difference between the benign spiritual contact of deceased loved ones and the malevolent evil associated with demonic and poltergeist hauntings.
However, there are a couple of instances in the book where things aren't as clear as they could be, but perhaps these will be sorted out in later editions. For instance, a ghost ship called the HMS Royal Angus visits Polperro, but on the next page it's suddenly referred to as the HMS Royal Oak.
When I was a kid growing up in the 80s, my imagination was fuelled by the 'Ghostbusters' and I was wowed by the adventures of Roald Dahl characters like Charlie and James and his giant peach. So, I know that as a child I would have loved Archie, because the wonderfully British book fuses together a love of the paranormal with a sense of pure adventure.
As the book's title suggests, 'The Rising' isn't going to be the last we've heard of Archie and as you might have guessed the story ends on a cliffhanger and with a major plot twist. The story will continue in 'Archie The Ghost Hunter And The Road To Purgatory'.
So, if you're ready to enter Yvette's paranormal world, then grab your Pellucid box and follow Archie.
'Archie the Ghost Hunter and the Rising' is available now, order your copy from Amazon.

Archie the Ghost Hunter and the Rising

'Archie the Ghost Hunter and the Rising' is written by Yvette Fielding with illustrations by Karl Beattie. It can be pre-ordered from Amazon now with a release date of September 5th, 2019.

Fellow-author Damien Lewis says that book is "beautifully written. Moving and inspirational on so many levels."