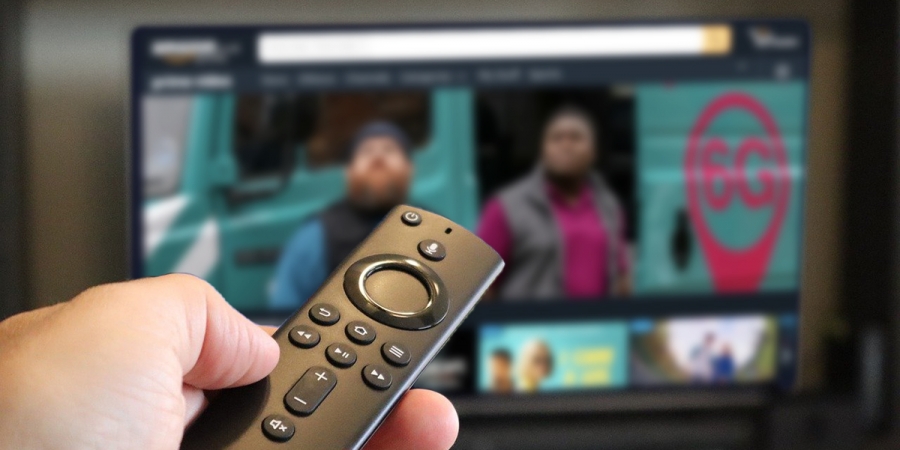 Amazon Prime Video has an ever-growing collection of real-life ghost hunting series, classic supernatural television, and paranormal-themed movies and documentaries.
The extensive offering includes the British shows 'The Haunted Hunts', 'Are You Haunted...?' and 'Truth Seekers'. Plus there's movies like 'The Craft: Legacy', 'Host' and 'The Haunting Of Margam Castle'.
Below is a selection of some of the best paranormal content available on Amazon Prime in the UK as of March 2021...

Simon Pegg and Nick Frost's comedy-horror series, 'Truth Seekers', sees Frost and Samson Kayo taking on the rolls of their paranormal alter-egos, Gus and Elton, two broadband installers turned part-time paranormal investigators who aim to uncover and film paranormal sightings across the UK, at locations they're sent to by their boss Dave at the telecommunications company, Smile, played by Pegg.
» Watch on Amazon Prime

Following their successful second Amazon Prime series, Danny Moss and his team recently returned with a third series of 'The Haunted Hunts', this time they head to the legendary Pendle Hill in Lancashire.
The Haunted Hunts are a paranormal investigation team from the North West of England. The gang is lead by Danny Moss, alongside Rebecca Salisbury-Moss, Emma Dawe, Charlie Rutter, and Roxanne Rutter. The six new episodes follow the team as they investigate the lingering spirits of those accused and executed for witchcraft in the areas surrounding the infamous Pendle Hill.
» Watch on Amazon Prime

If you're a fan of paranormal television, then you'll probably know the name Phil Whyman, but Phil isn't the only paranormal expert in the Whyman household, Phil's wife Sara is the brains behind the couple's paranormal web series that promises viewers a back-to-basics approach to ghost hunting. The show is now in its second series and have recently launched a companion podcast.
Phil and Sara Whyman are joined by a team of experienced investigators, made up of Jane Carrigan, Dale Dickinson, Ben Woodward and Wayne Dean, who at the start of each episode come together to weigh up the paranormal potential of a selection of cases they they've each received before embarking on their investigation.
» Watch on Amazon Prime

The House In Between

Steve Gonsalves and Kendall Whelpton's 'The House In Between' was the must-see paranormal documentary of 2020 that will leave even the most skeptical viewer scratching their head. Gonsalves is called in to investigate paranormal activity in a seemingly normal house in Florence, Mississippi that has been described as one of the most haunted in America. For the last decade, its owner has been too afraid to spend a night in the house alone.
» Watch on Amazon Prime

'The Blackwell Ghost' is a series of five supernatural movies which leave viewers wondering whether the film is a genuine documentary following the adventure of a journalist who is trying to prove that ghosts exist, or simply a true-to-life work of fiction. The fifth instalment in the series has been extremely well received by its cult follow, evident by the huge number of overwhelmingly positive reviews on Amazon. This time around we see the ghost-hunting filmmaker return to the Lightfoot House, where he hopes to solve a newly discovered puzzle which may lead to the location of more undiscovered victims.
» Watch on Amazon Prime

The new version of the cult 90s movie, 'The Craft' is available to watch now on Amazon Prime. The film stars Gideon Adlon, Lovie Simone, Zoey Luna and Cailee Spaeny as a group of outcasts who form their own witches coven to dabble in black magic and the occult. David Duchovny and Michelle Monaghan also appear as the parents of one of the girls, Hannah, played by Spaeny.
'The Craft: Legacy' is the latest supernatural horror offering from Blumhouse, but the movie isn't a reboot as such, instead it's a sequel set 20 years after the original, which starred Neve Campbell and Robin Tunney.
» Watch on Amazon Prime

Think your lockdown was bad? Think again. It was inevitable that a new wave of movies would emerge as a result of the global coronavirus lockdown, and 'Host' is one such movie based in the paranormal world. Since its release, 'Host' has scored a very impressive 100% on review aggregator website, Rotten Tomatoes.
The movie is the story of a group of friends who hire a medium to conduct a remote séance using video conferencing software during lockdown, something that real life paranormal teams were doing during the lockdown to keep their customers and followers entertained while staying safe at home. However for the six friends in the movie, a virtual séance was the worst thing that they could have done.
» Watch on Amazon Prime

The Haunting Of Margam Castle

'The Haunting Of Margam Castle' is a 2020 horror movie based on the real-life haunting of an ill-fated former family home in Wales. A team of American paranormal investigators reluctantly venture across the Atlantic in the hopes of capturing proof of ghosts at a cursed castle in Wales in an attempt to gain media coverage for their struggling university parapsychology department and attract some much-needed funding.
Directed by Andrew Jones, the British film stars Amy Quick, Ashton Spear and Caroline Munro, who previously appeared in the 1977 Bond movie 'The Spy Who Loved Me'. If you're a fan of ghost stories, then 'The Haunting Of Margam Castle' is well worth a watch, even if just to see an iconic British paranormal hotspot's moment in the spotlight. For a horror, the movie isn't overly scary, but it's a great mix of geeky ghost hunting culture, historic ghost stories and movie-level supernatural encounters.
» Watch on Amazon Prime 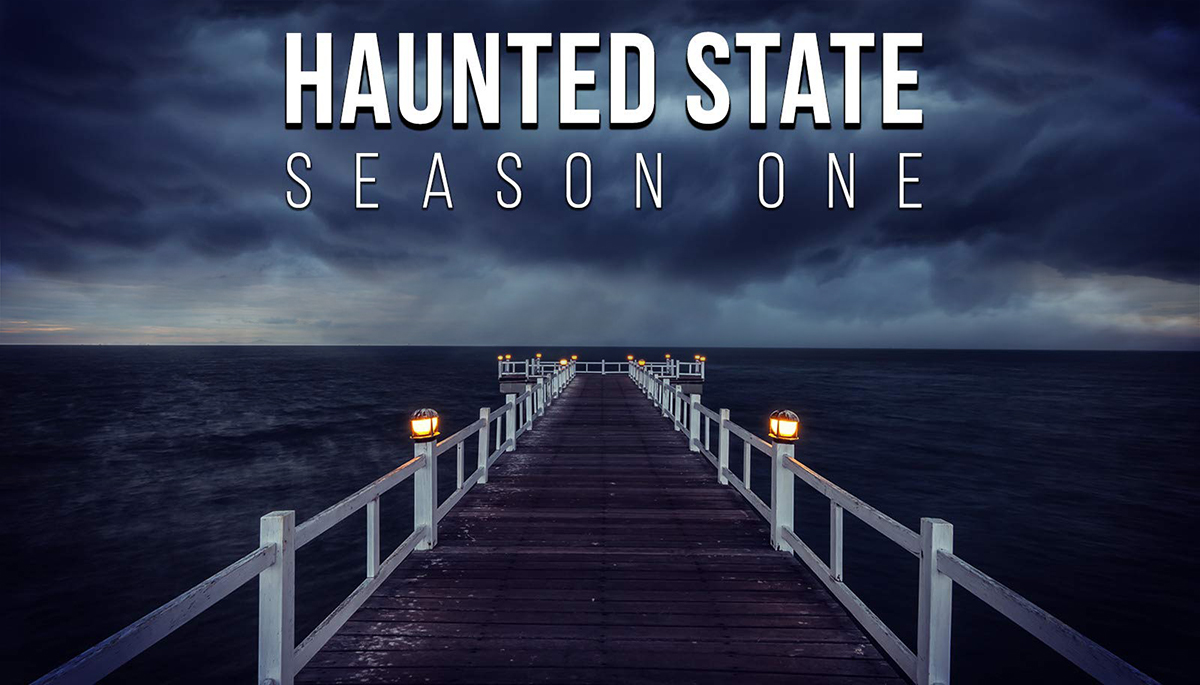 An eight-part documentary series that follows four filmmakers who investigate historic locations that are reported to be haunted. The well crafted, insightful documentary fuses the science of paranormal with a balanced investigation designed to find out once and for all if we really communicate with our lost loved ones. The show was shortlisted as one of the Best Ghost Hunting Series on Amazon Prime in the 2020 Paranormal Entertainment Awards.
» Watch on Amazon Prime

We've included 'The Phenomenon' on this list not so much as a recommendation, but because of the hype surrounding it. If you want to be part of the UFO zeitgeist then it is worth a watch. The film by James Fox has been hyped as the earth-shattering documentary ufologists have been waiting for. Despite promises that the film includes eye-opening evidence that mankind is not alone in the universe, the documentary fails to meet expectations and presents little to no new information on the topic. However, the documentary does serve as an interesting review of historic UFO cases dating from 1947 through to the mid-1990s.
» Watch on Amazon Prime

A Voice For The Silenced

Randolph County Asylum in Winchester, Indiana was built in 1899 and housed six large wards. With claims of paranormal activity such as shadow figures, disembodied voices, and objects moving on their own, this team of five friends spends 72 hours inside of the imposing building in an attempt to uncover the cause of its paranormal disturbance.
» Watch on Amazon Prime 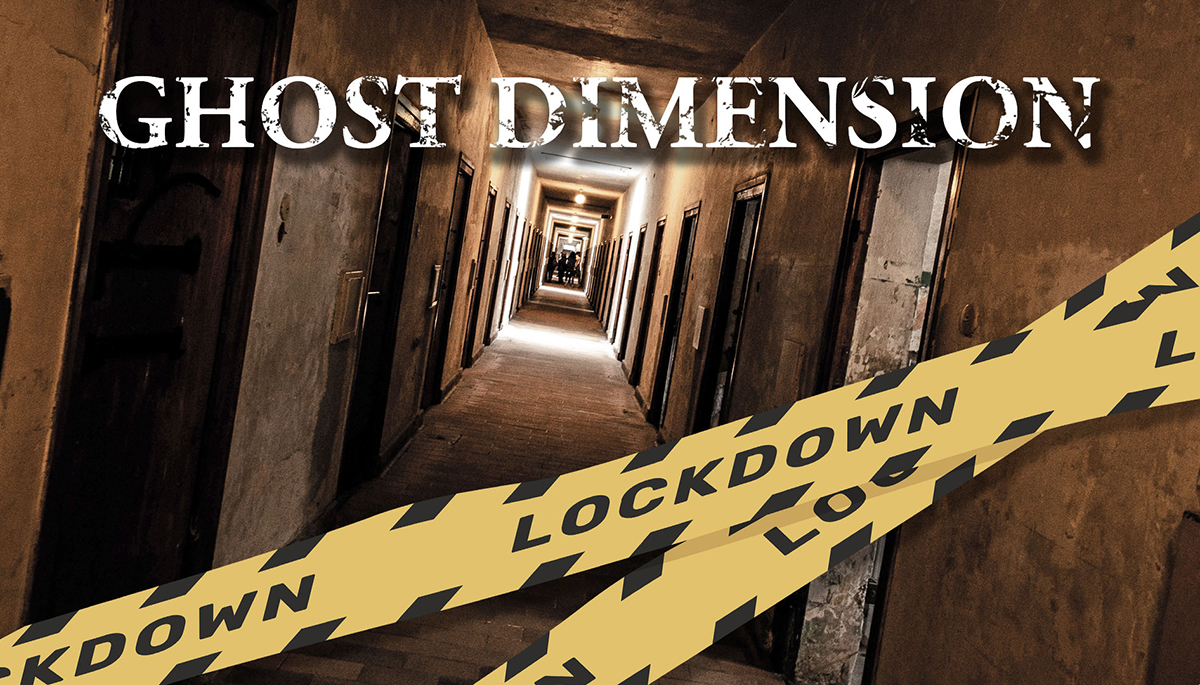 Filmed during the global coronavirus lockdown, Sean and Rebecca Reynolds return with a new ten-part series, which see them take on more of the UK's most haunted buildings in search of paranormal activity. While the world is in lockdown, will the investigators discover that the ghost are not?
» Watch on Amazon Prime

Close Encounters Of The Fifth Kind: Contact Has Begun

'Close Encounters Of The Fifth Kind' presents the most controversial information ever released to the public on the topic of UFOs and alien visitations. Whistleblowers and scientific experts bring viewers face to face with extraterrestrial visitors and their message for humanity.
» Watch on Amazon Prime 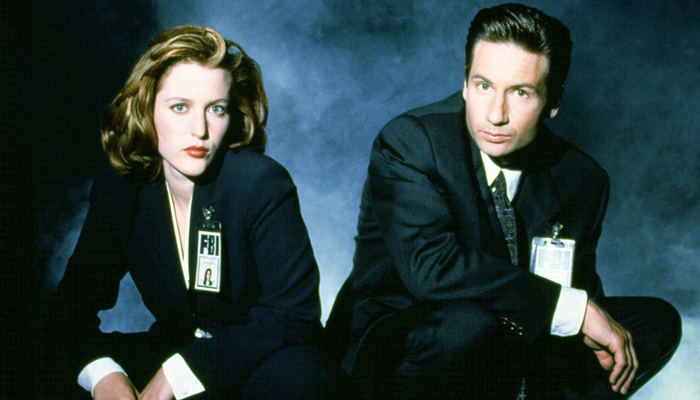 The ground breaking American science fiction series that follows FBI agents Mulder and Scully ran from 1993 until 2002, notching up a total of 11 seasons and over 200 episodes, all of which are available to watch for free on Amazon Prime. Whether you're new to the series, which was devised by Chris Carter, or diving into the world of conspiracies and cover-ups for the first time, now is the perfect time binge watch a 90s classic.
» Watch on Amazon Prime