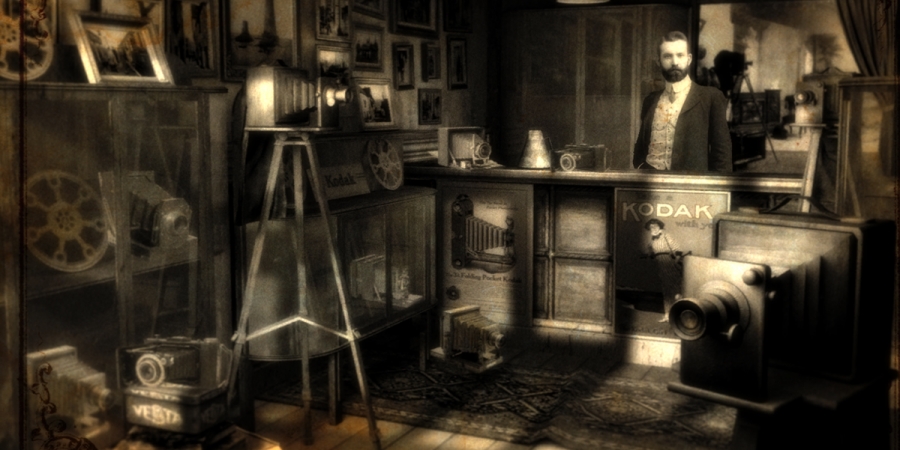 Cornish-based game developers, Darkling Room, have dropped a teaser trailer for their latest ghostly found footage game, which gives players the chance to discover a dark mystery involving treasure, ghosts and sea monsters.
'Lammana: The Looe Island Mystery' is a period-themed mystery, presented in a classic 'point and click' adventure game style.
The new teaser was unveiled along with a gameplay video and a series of screenshots from the new adventure, in which players can journey to Lammana, through the historic found footage of William H Boston. Explore the cursed island off of Cornwall's coast and retrace the steps of a young man who disappeared in 1924 on his unexplained quest.
The new teaser comes with an invite from the game's developers, "'play through' the surviving footage of William H Boston, who vanished in 1924 on his cursed adventure to Looe Island. Discover an island of dark mystery, dangerous curses and solve a myriad of puzzles and enigmas. Scene by scene, reveal the mystery involving treasure, exploration and sea monsters, to uncover a shocking end."
Lammana is a single player adventure game, the latest from the British games developer, who picked up a silver award in the 2020 Paranormal Entertainment Awards for a previous release, 'Dark Fall: Ghost Vigil', a game that revolved around ghost hunting.
If you're ready for an adventure then keep your eyes peeled, 'Lamanna: The Looe Island Mystery' will be available to download for Windows soon via the Shadow Tor Digital Store and Steam. You can find out more at darklingroom.co.uk/lamanna.
Tags:
darkling roomgamingparanormaltopical