'Dark Fall: Ghost Vigil': The Must-Play Ghost Hunting Game For Any Fan Of The Paranormal 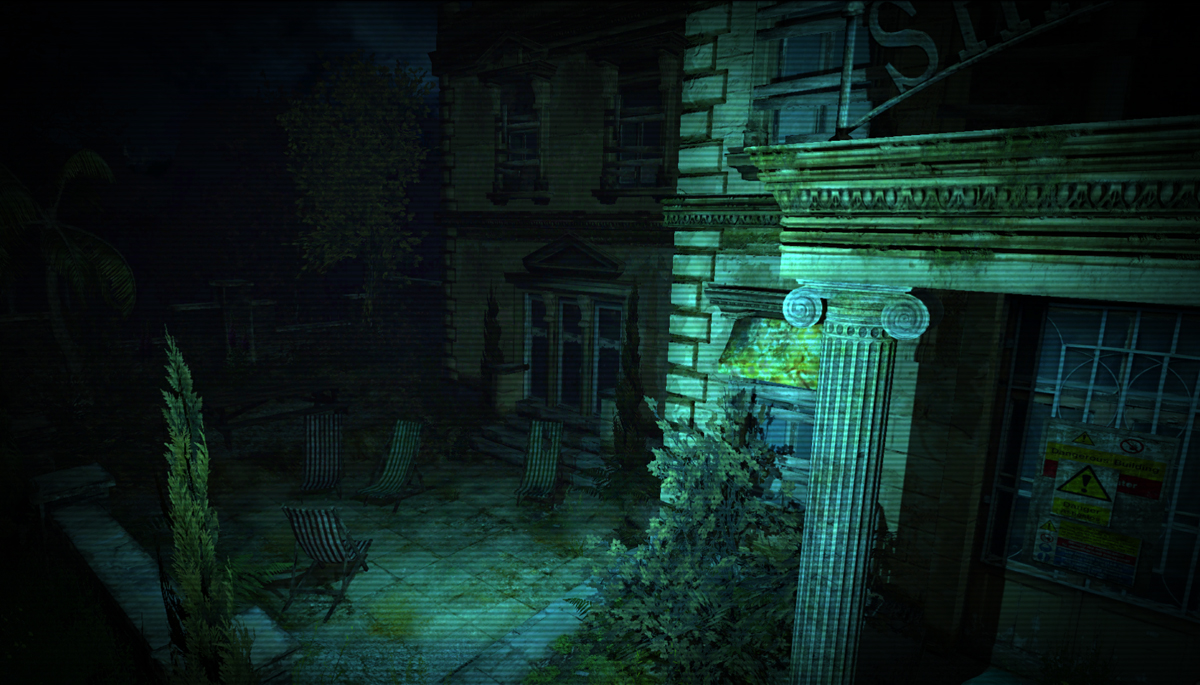 I know I'm a little bit late to this as 'Dark Fall: Ghost Vigil' was released at the beginning of 2020, but at the time I didn't have a suitable PC on which to play the game by the Cornwall-based production company, Darkling Room. So, when I finally got myself a Windows machine, the first thing I did was install the game and prepared to immerse myself in a supernatural point-and-click adventure.
Since I'm out ghost hunting most weekends, I should have been pretty good at 'Ghost Vigil' as the game drops you in the deep end as a new recruit with the fictional Oxford Paranormal Group (OPG) on a paranormal investigation at the deteriorating Harwood House.
Even as someone who's not a massive gamer, the game felt very intuitive and was made even easier to get engrossed in thanks to some non-intrusive guidance from other members of the OPG team. Although I was assigned to the attic of the house on a lone vigil, the other investigators were in constant contact via a walkie talkie. This vital tool serves as a tutorial of sorts with your teammates radioing through with tips and advice on how to conduct your investigation. It means you can get stuck right in without the obvious and jarring tutorial that you're forced to play through in some games. Once you've got a feel for the game, the walkie remains an important part of the story, adding to the narrative and guiding you when needed.
I might have been at a bit of a disadvantage to start with as I hadn't played any other games in the 'Dark Fall' series, of which 'Ghost Vigil' is the fourth title, but I soon picked up on the little in-game hints dropped by the developers, like the ghostly whisper "here" that tells players that they're close to uncovering a clue to the secrets of the hauntings.
The main reason the game appealed to me was for its accurate re-creation of an investigation of a haunted location. Things start out slowly with subtle paranormal activity, that builds to a climatic, story-driven finale. There's also lots of nods to real-life paranormal phenomenon including light anomalies, poltergeist activity and apparitions. As well as familiar paranormal paraphernalia like Zener cards, the infamous 'crying boy' painting and ancient runes. 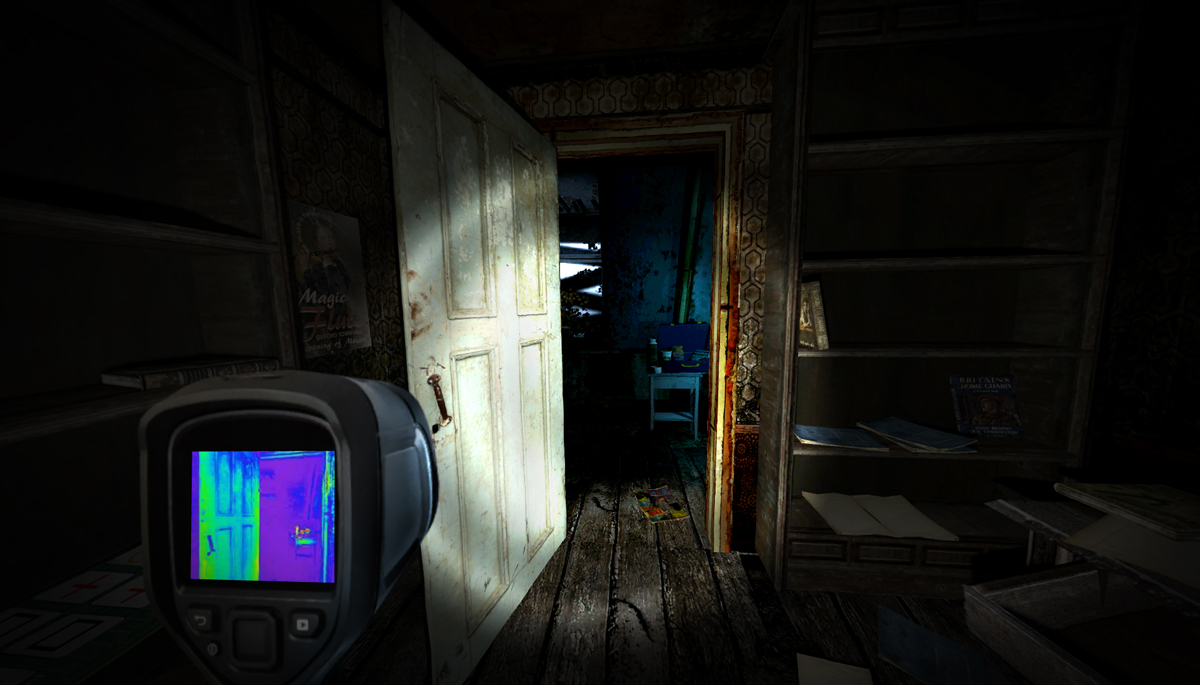 What makes the vigil feel even more realistic is the inclusion of many real-life ghost hunting tools, such as a night vision camera, spirit box, EMF meter, thermal imager and static cameras, plus the use of trigger objects. You even get to go in search of clues by flying a drone around the grounds nestled deep in the Oxfordshire countryside.
You're also armed with an audio recorder, which is perfect for capturing EVPs, which you can then analyse and decipher using software on an in-game tablet. This is just one of the many ways you can uncover clues about the haunting of the Harwood estate. The backstory also unfolds through the supernatural phenomenon of time slips, which transport you back to various points in the history of the house. 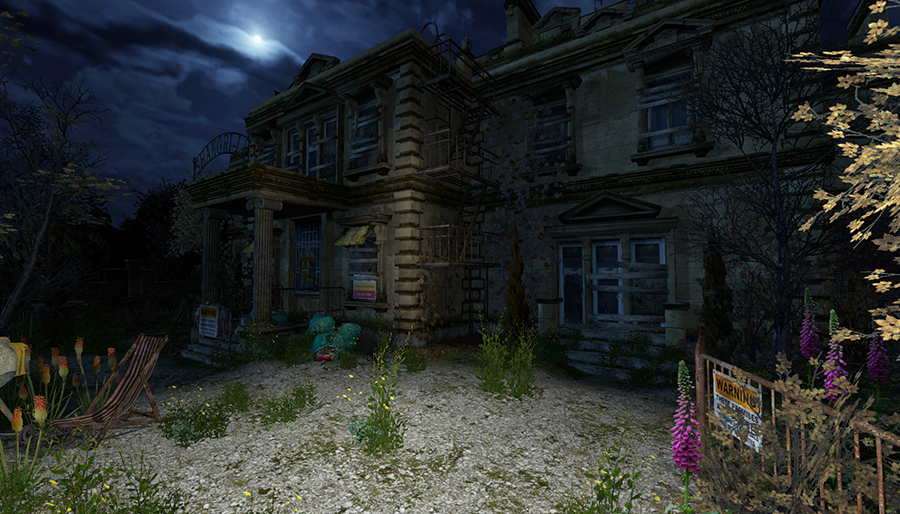 Built in 1747 as a stately home before becoming a maternity hospital and then troubled children's home, the real star of the game is Harwood House. The more you uncover about the house through the evidence you collect and the memories you re-live through the time slips, the more you will fall in love with the dilapidated building, as you become more and more fascinated by its rich history and the people that have lived and died there over the years.
Luckily, your need to learn more about the house is easily fulfilled. From your initial lone vigil in the attic, you are quickly able to unlock the whole house and explore the derelict building one fantastically detailed room at a time. If Harwood House were real, it really would be the dream location for any urban explorer, let alone ghost hunter.
The game kept me entertained for the almost 18 hours that it took me to complete it. This is significantly longer than some of the walkthrough videos I've since watch on YouTube, but I'm far from an expert on these sorts of games. It did take me a little time to find my feet, which meant I missed some clues early in the game, but because the game isn't too linear - or at least I felt it wasn't - I was able to go back later and complete tasks I'd missed, which ironically was right back at the beginning of the game in the attic.
This is at its heart a puzzle game. Most of the challenges were pretty logical and it was clear what needed to be done, even if I couldn't workout how to achieve it to start with - perhaps my interest in the paranormal helped with this. There was a point where I did become stuck. In desperation, I cheated a little. The game is popular enough that there are lots of walkthroughs posted online, plus gameplay videos on YouTube. So I turned to Google to find out where I could get mushrooms. If you're interested, they're out on the driveway behind the library.
I knew in advance that there were two possible endings to the game. I also knew that one was a "good" ending and one was a "bad" ending. So when the phantom caretaker gave up a clue, I knew exactly what I needed to do to ensure the worst possible fate for the OPG team. However, a cheeky save before this final puzzle let me turn back time and experience the less disastrous, but quite stirring ending, which I thought was very clever, even if less amusing.
It turns out that there's also a third ending, which is more of an easter egg aimed at fans of another series of games by Darkling Room. 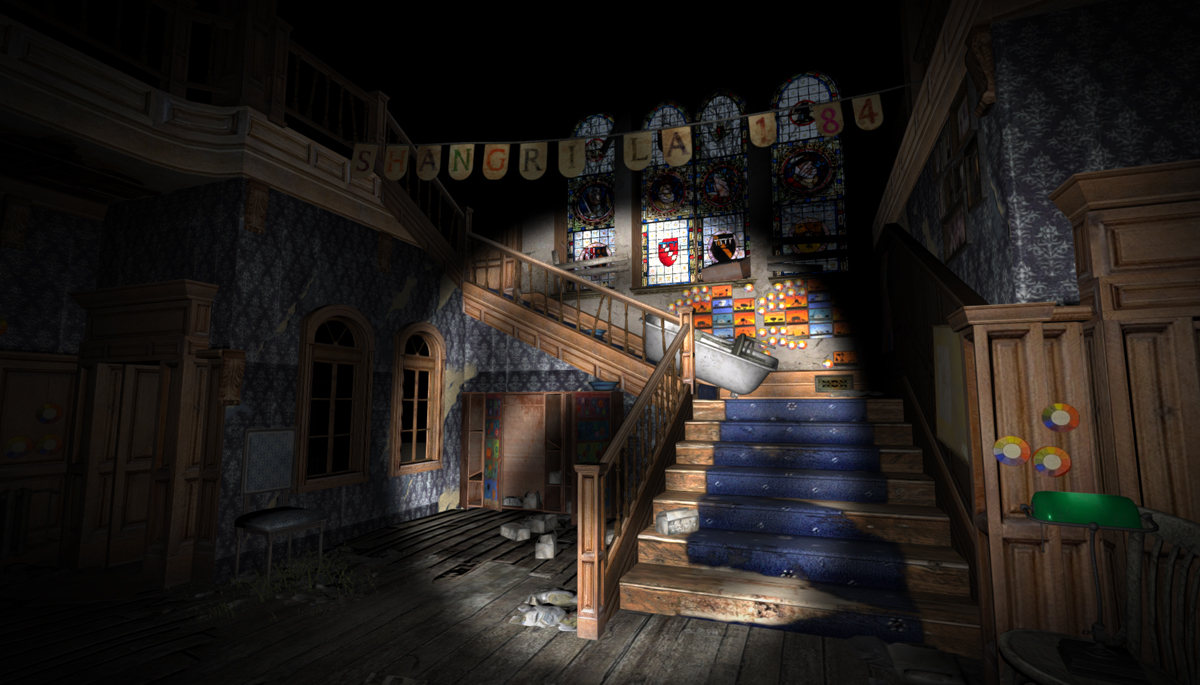 So, although this game is more than two years old, this is my much-delayed recommendation and suggestion that, if you love ghost hunting, you should play 'Dark Fall: Ghost Vigil'. The game perfectly captures the spirit of a ghost hunt, it builds on familiar supernatural themes that we all love, and it delivers a textbook haunted house experience.
If you're feeling brave enough to take on the challenge of Harwood House, then download 'Dark Fall: Ghost Vigil'. It's available for Windows now direct from the Shadow Tor Digital Store or from Steam.
Tags:
paranormalgamingdarkling room