This article is more than three years old and was last updated in October 2021. 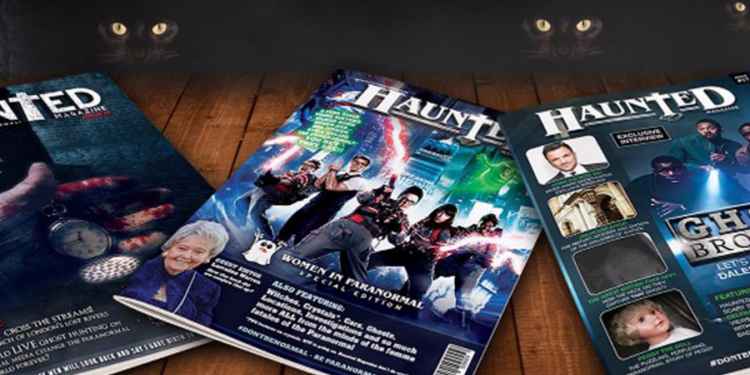 The long-running Haunted Magazine has been awarded gold for Best Paranormal Magazine at the inaugural Paranormal Entertainment Awards.
For almost ten years Haunted Magazine has been bringing fans of the paranormal quality features backed up with quality design, offering a unique and somewhat different take on the paranormal that other magazines have not dared to.
The magazine is primarily a digital magazine, but for those who like to get their hands on the stuff they're reading, Haunted Magazine produce limited-edition prints of every issue that they publish.
Haunted Magazine was in a tight category but reigned victorious over relative new-comer Paranormal Hauntings magazine, which was awarded silver in the category, with Fortean Times failing to pick up enough votes to secure a win.
As well as asking fans of the paranormal to vote on their favourite magazine of the last twelve months, thousands also voted for their favourite paranormal hotspot, ghost hunting television show and supernatural movie.

In total, more than 40,000 vote were cast as fans of the paranormal picked their favourite paranormal content creators, publishers, hosts and broadcasters of 2018 in the inaugural Paranormal Entertainment Awards.
The awards recognise all forms of content created for traditional broadcast, online streaming, social and print, as well as celebrating the stars and creators of that content.

WOW, thanks to everyone who voted for us,.. you know that we love doing what we do and we see awards as an added bonus. It means alot to us that people have taken the time to vote, so we really do appreciate it

We'd like to say a big thank you to all those who voted in this year's awards, you helped make the awards a great success. Congratulations to all those who were nominated, whether you won the category or not, you are one of the best in your field.
You can view the full list of winners here.