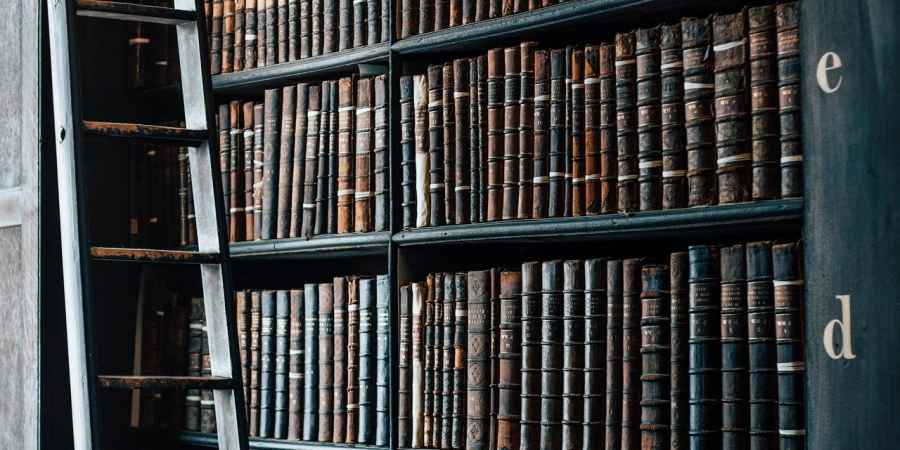 Photo: pixabay.com
Whether you think you saw a ghost or you feel like there is a presence around you, the pull of the paranormal is almost too much to bear. Our world is in a state of constant crazy, so give yourself permission to get out of normal and into paranormal. Check out these books this year to keep you on your toes and let your inner curiosities unfold (or fold up tighter if you are scared). 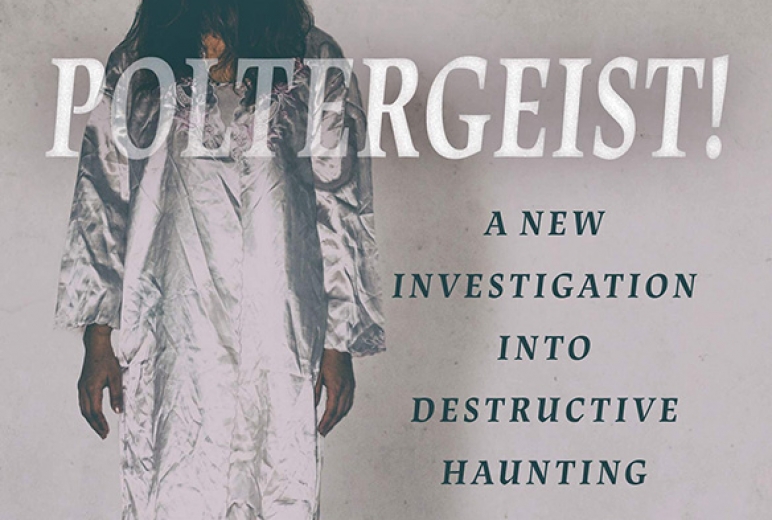 By John Fraser (published July 31, 2020)
There are few factual books written about poltergeist phenomena, John's Fraser's Poltergeist! A New Investigation Into Destructive Haunting fills that void, advancing and updating Colin Wilson's work Poltergeist!, this study's namesake from over 38 years ago. Fraser takes readers on a journey from the Borley Rectory to the Isle of Man, and grounds his readers in an historical overview of 'Poltergeist phenomena'. He examines where such events overlap with other paranormal investigations of 'apparitional' ghosts. What do they have in common, what do they differ? To answer this, Fraser looks to new research on paranormal events, never before published in book form. Fraser contends, perhaps controversially, that ghost sightings are and always will be ambiguous and near-impossible to prove, that only Poltergeist phenomena can be empirically verified.
» Order now from Amazon 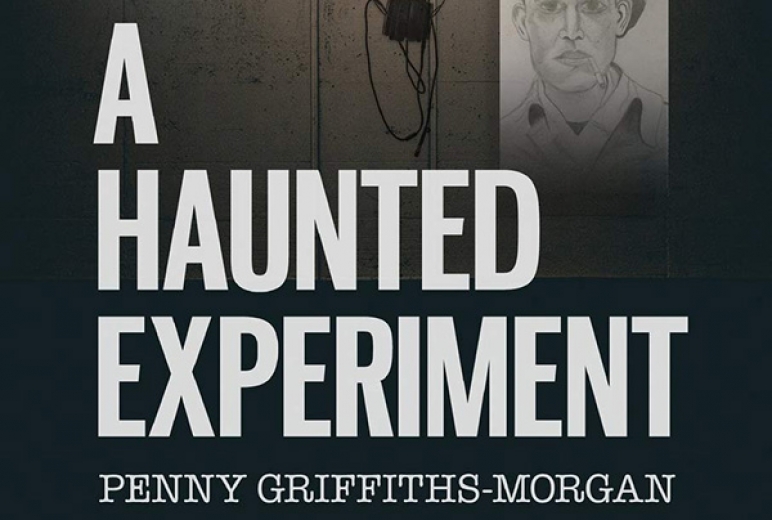 By Penny Griffiths-Morgan (published January 29, 2020)
Released earlier this year, paranormal historian Penny Griffiths-Morgan's book details her exploration of the the paranormal and is the perfect book for any serious investigator who wants to do more than just stand in the dark on a ghost hunt. Penny's time with other investigators has lead her to a series of paranormal experiments which she aims to replicate. The book covers her search for electronic voice phenomenon, and her attempts to better understand the famous 'Philip experiment', as well as other unconventional experiments routed in paranormal history.
» Order now from Amazon 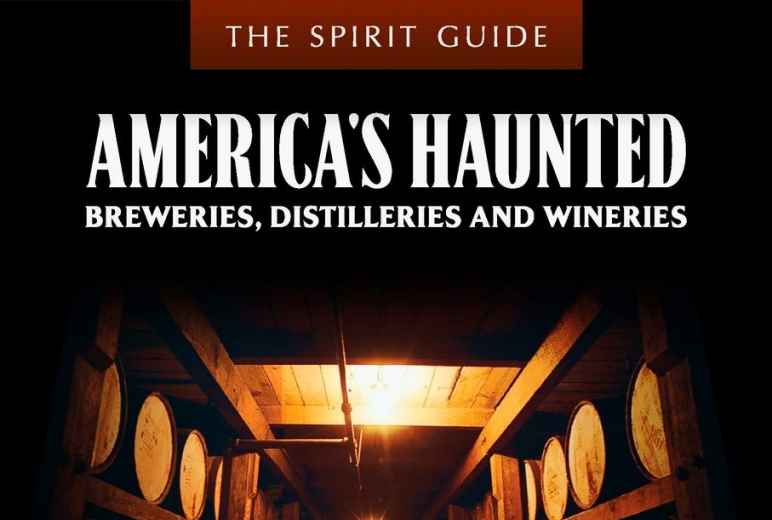 By Amanda R. Woomer (published July 13, 2020)
Learn about some of America's most haunted breweries, distilleries, and wineries from Amanda Woomer AKA blogger, Spook Eats. Illustrated by A.E. Soar and a foreword by Paul Stevenson, both from Haunted Magazine.
Are you thirsty for a paranormal adventure? Do you enjoy visiting bars where the floors are sticky with decades of spilled beer? How about a prison where moonshine is being legally distilled? Or maybe even a seedy bordello turned award-winning winery? From battles to murder, and stouts to Merlots, learn about the darker side of America's liquid libations as we journey to some of the most haunted breweries, distilleries, and wineries in the country. You might even find some boos to go with your booze. Sip on a Rocky Mountain Oyster Stout in Denver's oldest brewpub, enjoy a pint of Shanghai'd IPA above Portland's infamous Shanghai Tunnels, or try a taste of butterscotch moonshine in one of America's most haunted prisons turned distillery. Whether you're searching for rich history, delicious drinks, or a few ghosts lurking in the shadows, The Spirit Guide: America's Haunted Breweries, Distilleries, and Wineries is the perfect companion for your next haunted road trip. Cheers!
» Order now from Amazon 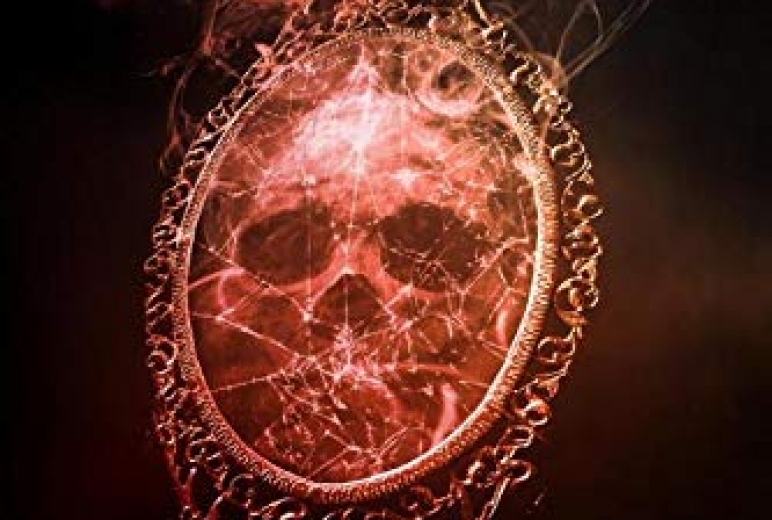 By Neil Packer (published May 21, 2020)
'Mercurius & The Shattered Mirror', is the story behind the Haunted Antiques Paranormal Research Centre in Hinkley, written by its owner Neil Packer. Neil says "I have intentionally not gone in to too much detail, especially with some of the items, as I want teams and individuals to find and experience things for themselves without being swayed by what I can say. Everything that I say is through my own experiences and my own opinions." At HAPRC you won’t see signs by the items stating the history or giving warnings like "do not touch", Neil doesn't believe that it is his place to tell people the information unless they ask for it. Neil sees his role as the keeper of the records of what people experience at the centre, these form the basis for the centre's research.

'The Hairbrush and the Shoe: A True Ghost Story' 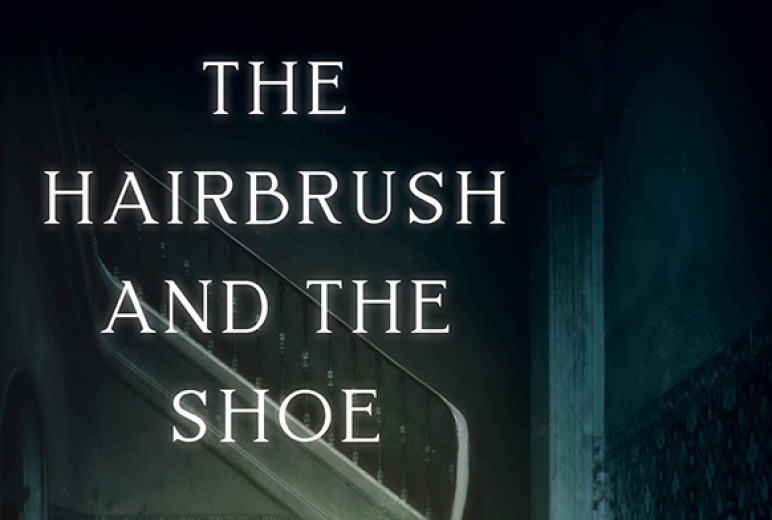 By Jeanne Stanton (published April 21, 2020)
When a workman is pushed and hissed at by something invisible on the stairs of her family’s 150-year-old townhouse, Jeanne Stanton must confront the possibility that a ghost inhabits. She proceeds in the way any former Harvard Business School case writer would: she embarks upon a rigorous search for proof of the ghost’s existence and identity, exploring the literature and lore of ghosts; the practices of mediums, psychics, and “ghost busters;” and the various attempts that have been made over the decades to verify ghostly sounds and sights through scientific methods. After visits to a psychic provide insights but not proof, Stanton enters the equally mysterious realms of physics and neurology, hoping science has answers.    Notables encountered during her research efforts include Henry James, Arthur Conan Doyle, Oliver Sacks, and Sigmund Freud, the latter a colleague of her home’s original owner. Wry and witty, Stanton takes time out to laugh at her own futile attempts at ghost detection―spending a sleepless night in an allegedly haunted bedroom, creeping along the edges of rooms in search of cold spots―along the way. Determined to get to the bottom of the ghost business, Stanton wavers between skepticism and belief, searching for definitive evidence―and almost failing to find it. Almost.
» Order now from Amazon

'Paranormal Investigation: The Black Book of Scientific Ghost Hunting and How to Investigate Paranormal Phenomena' 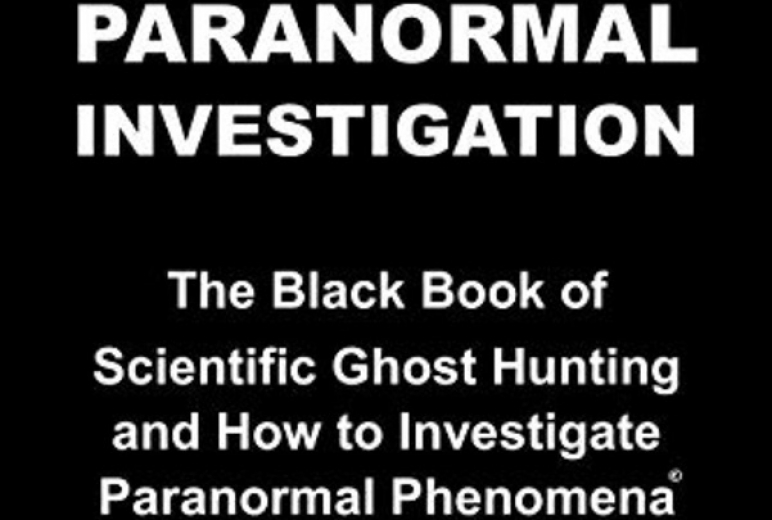 By Brian Sterling-Vete and Helen Wuorio (published May 20, 2020)
Paranormal Investigation and especially Ghost Hunting, have long been regarded as pseudoscience and dismissed as nonsense by closed-minded members of the traditional scientific community. We believe they’re wrong to take this approach. Just because they currently can’t detect paranormal phenomena in a laboratory, doesn’t mean that it doesn’t exist. This in and of itself, is an unscientific approach.This book is an objective look at the subject of paranormal investigation. It outlines a solid scientific approach that can be used by all paranormal investigators in their research. It also contains several example stories of previously untold paranormal events which have taken place, a ground-breaking UFO sighting, and about potentially paranormally active and ‘haunted’ locations. This book is ideal for those who are new to paranormal investigation and ghost hunting, and for more experienced investigators who want to learn more about how to apply a critical-path scientific approach. It contains a special scientific critical path graphic page to work from when devising ghost hunting experiments and to help train team members. The book also contains a step-by-step guide to a complete paranormal investigation and important information about how to protect yourself from malevolent paranormal entities that can attack you.
» Order now from Amazon

'The Unidentified: Mythical Monsters, Alien Encounters, and Our Obsession with the Unexplained' 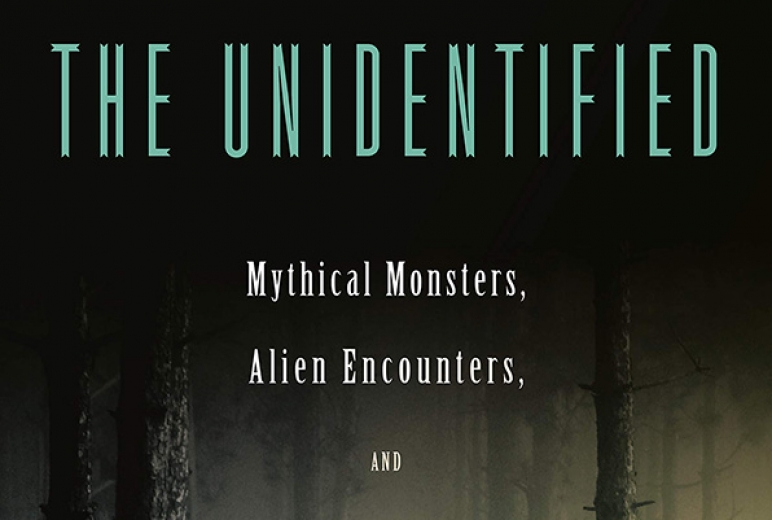 By Colin Dicky (published July 21, 2020)
America's favorite cultural historian and author of Ghostland takes a tour of the country's most persistent "unexplained" phenomena
In a world where rational, scientific explanations are more available than ever, belief in the unprovable and irrational--in fringe--is on the rise: from Atlantis to aliens, from Flat Earth to the Loch Ness monster, the list goes on. It seems the more our maps of the known world get filled in, the more we crave mysterious locations full of strange creatures….Enter Colin Dickey, Cultural Historian and Tour Guide of the Weird. With the same curiosity and insight that made Ghostland a hit with readers and critics, Colin looks at what all fringe beliefs have in common, explaining that today's Illuminati is yesterday's Flat Earth: the attempt to find meaning in a world stripped of wonder. Dickey visits the wacky sites of America's wildest fringe beliefs--from the famed Mount Shasta where the ancient race (or extra-terrestrials, or possibly both, depending on who you ask) called Lemurians are said to roam, to the museum containing the last remaining "evidence" of the great Kentucky Meat Shower--investigating how these theories come about, why they take hold, and why as Americans we keep inventing and re-inventing them decade after decade. The Unidentified is Colin Dickey at his best: curious, wry, brilliant in his analysis, yet eminently readable.
» Order now from Amazon

The South Shields Poltergeist: One Family's Fight Against an Invisible Intruder 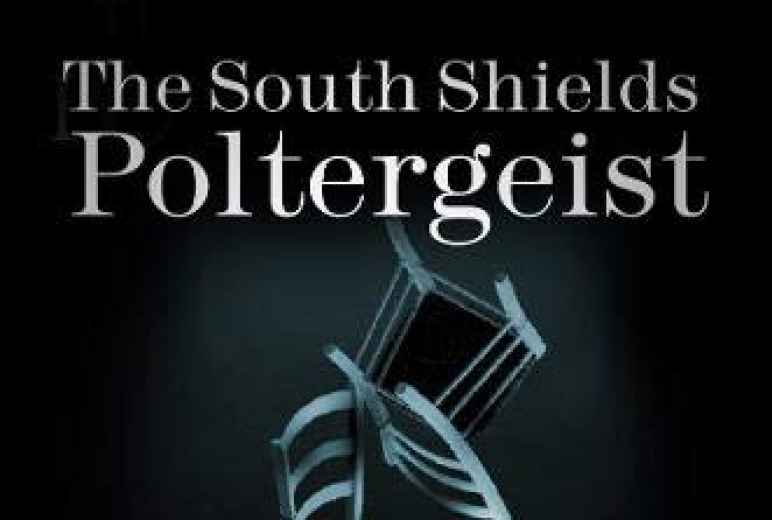 By Darren W. Ritson (coming soon: October 1, 2020)
Meticulously documented, The South Shields Poltergeist is a truly terrifying account which details the authors' struggle with an invisible, malicious entity that threatened and intimidated anyone who dared to stand up to it. Their encounter may well go down in the annals of psychical research as one of the most chilling true-life encounters of its kind. The book details the authors' investigation, over a period of several months, into what they believe to be the most intense, protracted and well-documented case of its kind. A man had his torso slashed severely; knives, coins and other objects were thrown around; a woman received sinister telephone calls and text messages from numbers that were supposedly disconnected; and children's toys spoke to the investigators. The book is based on the testimonies of those who actually experienced the South Shields Poltergeist at first hand.
» Order now from Amazon