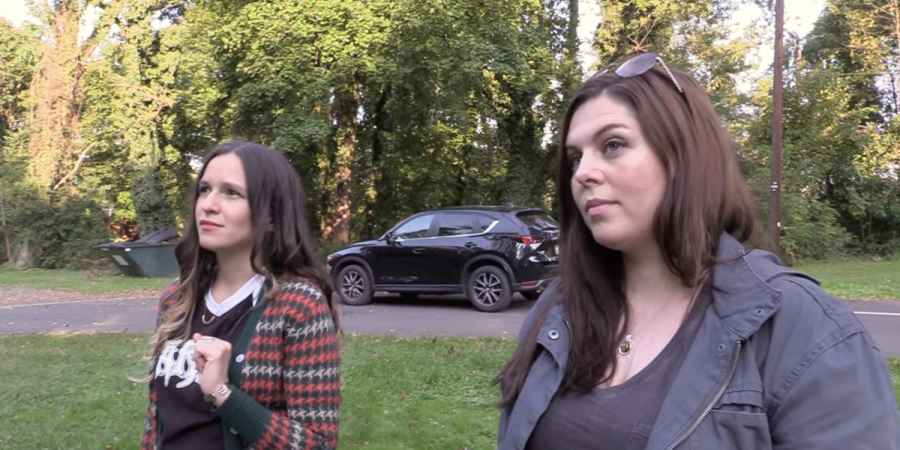 Photo: © Weid Media
Katrina Weidman and Heather Taddy kick off their new web series with a visit to White Hill Mansion in Fieldsboro, New Jersey. The property, which has a classic haunted house look to it, was last investigated by Katrina back in 2017 as part of 'Paranormal Lockdown'.
In the first ten-minute long episode of 'Travel The Dead', Katrina returns to the property to scope it out ahead of her investigation with Heather, who she first appeared on screen with in 'Paranormal State' between 2007 and 2011.
At the start of the episode we hear what happened when Katrina called up Heather to ask her to be a part of this series of investigations. Heather excitedly said, "I'd be down to do that."
The pair's investigation of White Hill Mansion has been broken up into five parts, which will be made available weekly on YouTube. You can watch the first part in full below...
Upon entering the house, which was built in 1722 by the Field family, Katrina said, "there's these places you go that have a lot of negative history, have a lot of negative experiences and those aren't always the places that scare me the most." She added, "the places that scare me the most are places like this because they remind me of the house I grew up in."
Katrina's interest in the paranormal stems back to her time living in a haunted house in historic Bucks County when she was a child. She confessed, "it just brings me right back to being that six-year-old girl who would run out of rooms and the lights went out, and I would cry for my mom."
Although only ten minutes long, the episode was fast-paced and made the most of its runtime. Katrina ploughed through a walk around the property, taking in all of its main paranormal hotspots, including an area that was turned into a restaurant in the 1900s and its bar in the basement. Katrina tells us, "at one point the mob took over and there's a lot of rumours about what kinds of things were going on in here."
Katrina's walk around only lasted a few minutes, but it didn't feel rushed because there was no waffle or time wasting, she just got stuck into the facts, myths and rumours about the paranormal hotspot, which is said to be marked with tragedy after Robert Field suddenly drowned, his widow Mary and seven young children were left alone in the house.
In the attic, Katrina said, "you're like stepping through the looking glass up here, you're not in the same world anymore." She added, "it scares me to be up here to be honest."
We then catch up with Heather, who is heading to meet Katrina. She tells us, "Katrina, my very best friend, she called me up about two weeks ago and asked me if I wanted to go on an investigation to this place she's been to a couple times." But Heather has no idea where they are heading. She explains, "the funny part is she's not telling me where it is, so I'm kind of going into this blinded."
Once the pair meet, Katrina explains the reason for her secrecy, "when you go into a place and you know the history and you know the experiences, then you know there's the potential to kind of have that in the back of your head. I mean, you can go on as objective as you can, but are you really objective if you know that stuff?"
There was then a nice little moment when Katrina talked about her and Heather's ghost-hunting past, "Heather and I used to do this every single weekend in college. We would just drive from our Friday classes and drive right into the location and film for the show that we did together, and that's how our friendship started." We're also treated to some photos of the pair on some of their previous investigations.
On their way to the location, Heather said "I'm just going into it like an old fashioned investigation. We've got some equipment, we're gonna go in there, feel the place out. Katrina's probably gonna be laughing at me, because knowing me I'll probably pick a room that's one of the least active areas and be like 'I'm feeling something good here'."
At the end of the episode the pair arrive at White Hill Mansion together. Heather, amazed by the look and size of the house, said "I feel like I'm gonna be weird about the attic for some reason, I don't know why."
The ominous caption, "to be continued..." appeared on screen, meaning we'll just have to wait to find out what happened to Katrina and Heather on their first investigation of the series.
The episode was a strong start to 'Travel The Dead', it felt more like a road trip and had a bit more character, personality and fun moments than many of the other ghost hunting shows you'll find on television. The fun and scares continue in next week's episode, when Katrina finally gets to take Heather inside the haunted house. Make sure you don't miss out on part two by subscribing to Katrina's channel at youtube.com/katrinaweidman. 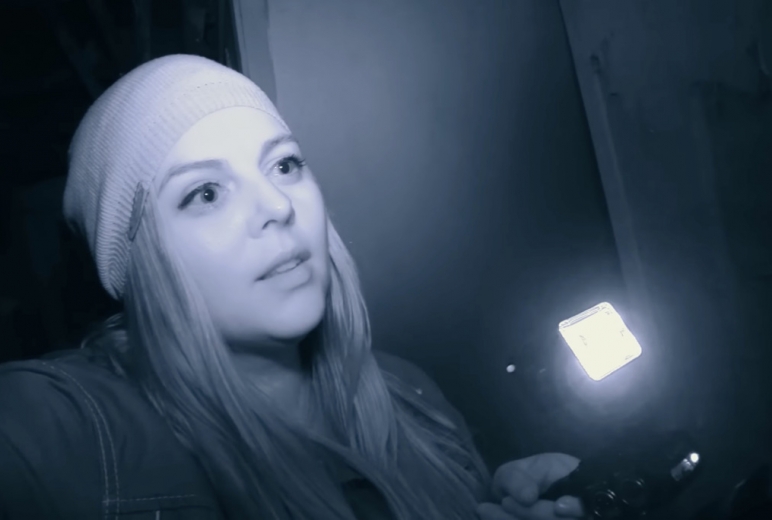 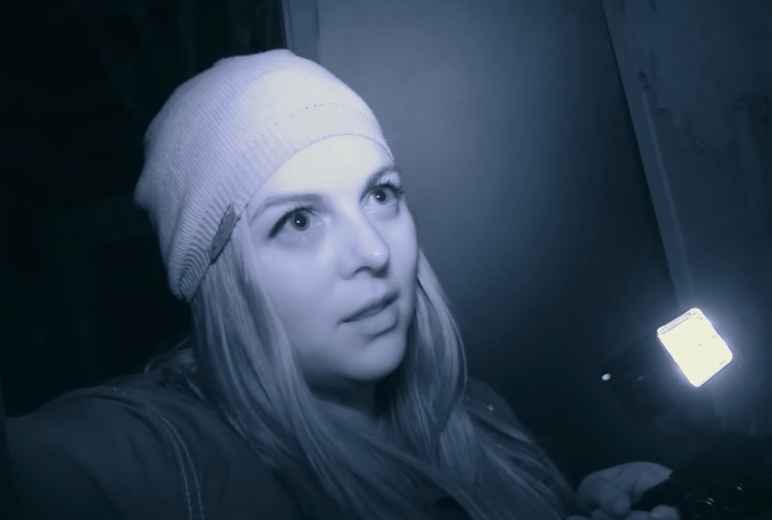 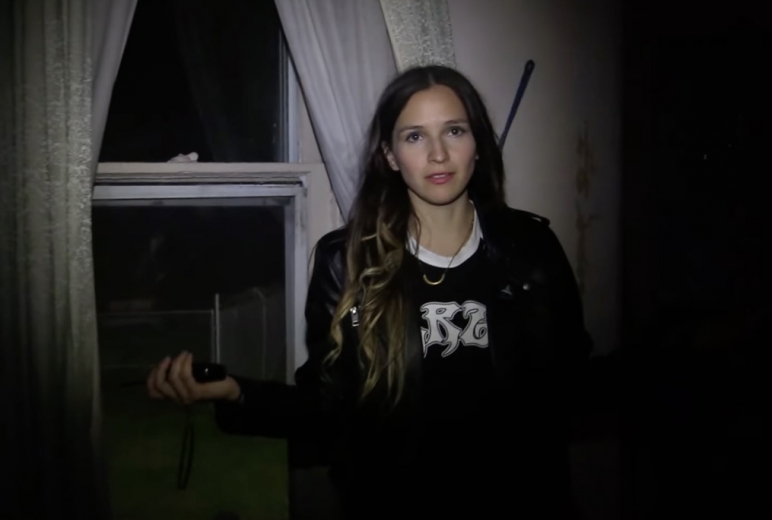 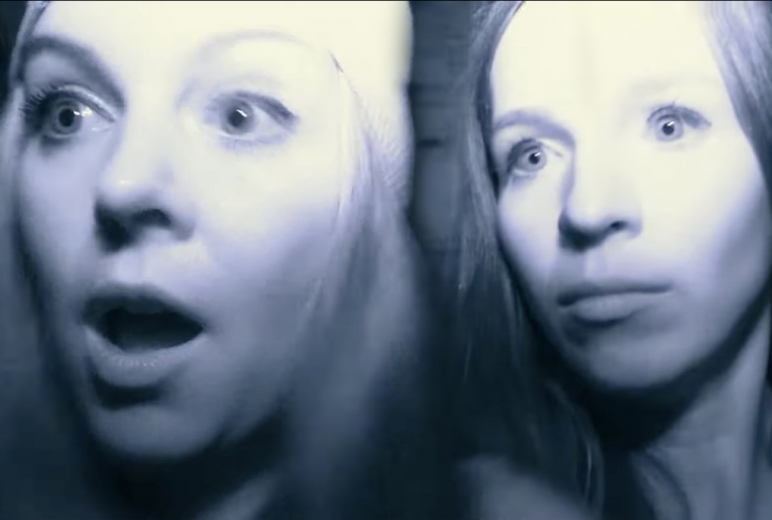 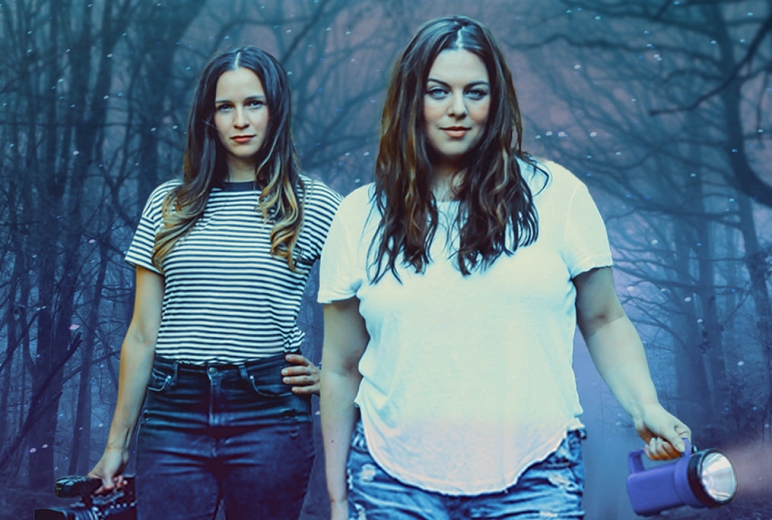