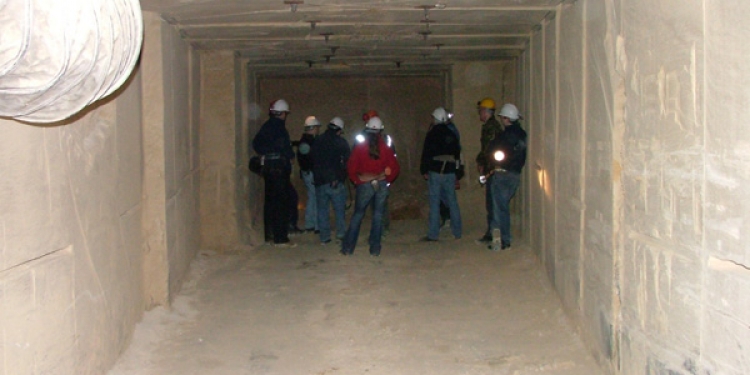 Limpley Stoke is also known as Hayes Wood Quarry, after a 40 year gap this Bath stone quarry has returned to it's former use as a source of stone.

The mine is in Midford Lane, Limpley Stoke, just off the A36 south of Bath. The mine closed in 1940 and then reopened at the beginning of 1982 as there were still plenty of reserves of stone to be tapped. It’s output however now is limited by planning conditions to 20,000 tons per year.
One of the reasons that stone is mined here rather than quarried is it’s partial location within the Cotswolds Area of Natural Beauty. The proposals for the site do not change this, with expansions planned in the form of a new mine. Surface installations at the old mine will be removed and the area reclaimed for agricultural or forestry use. The new mine will be landscaped and new access provided.
Hayes Wood Mine produces roughly between 9-11,000 tones of stone each year. Planning permission for a 0.22km extension to the site was granted in June 1996. Reserves of saleable minerals were estimated at that time to be 395,850 tones. It is considered that there are workable reserves at the site for at least 18 years' production at current rates of output.
Add A Comment
Tags:
undergroundwiltshireurbex