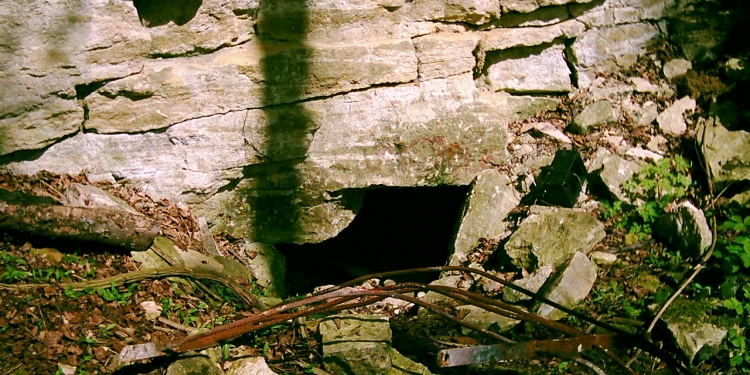 The Rocks is one of the smallest of the Bath stone quarries, it consists of just one passageway about 200 meters in length, stone from the quarry was used to build the near-by estate of the same name.

This quarry is current abandoned and open.

The 200 meter, single drift quarry was worked for stone to build The Rocks, formerly a country estate near Colerne.
Work started at ground level via an adit entrance it to a cliff face, near the start of the quarry the passage quick rises by about 6 meters.
The stone isn't of particularly good quality which is probably why the quarry wasn't worked after the completion of the estate.
The Rocks estate consisted of a large house and several smaller building including stables.  The house has sadly been demolished but the estate still remains, now as four private houses.  Part of the estate is now a campsite, making use of the private woodland.
Add A Comment
Tags:
undergroundwiltshireurbex