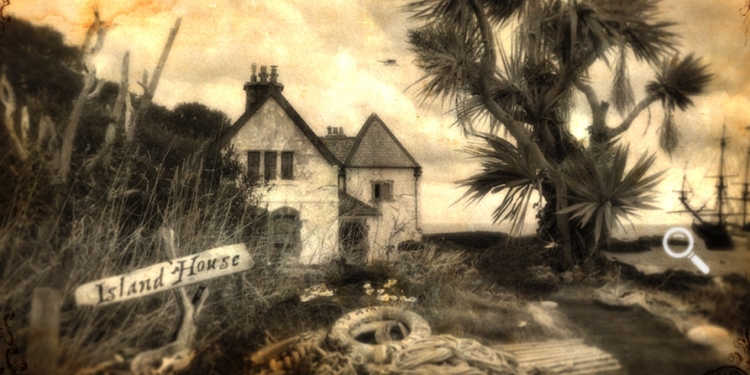 Photo: © Darkling Room
Darkling Room invite you to take part in a supernatural, paranormal and Lovecraftian-themed mystery computer game, set in Cornwall, Looe Island and the Looe bay - where game's developers are based.
The Cornish game developers recently released 'Dark Fall: Ghost Vigil', a game that revolved around ghost hunting. Their latest projects gives players the chance to discover a dark mystery involving treasure, exploration and sea monsters.
'Lamanna: The Looe Island Mystery' revolves around the 'found footage' of William H Boston, a series of film fragments, shot at some point in 1923, on and around Looe Island in Cornwall. You are invited to 'play through' the last surviving footage of William's cursed adventure. Scene by scene, to a shocking end.
The Film Archive of Massachusetts have asked for an 'interactive' version of the footage, to better understand the mystery surrounding the reels of period film. They were shot on film, in secret, and sent without fail, to a famous correspondent in the USA, at great effort and expense. Why? What was William trying to find?
William H Boston vanished in 1923, never to be seen again, some say 'foul play', others claim madness and isolation. What brought Boston to Cornwall? Why did he meticulously record his every activity?
Help work out what happened to William, witness the strange and disturbing footage, and solve the mystery that surrounds Lamanna, the ancient name for the island.
In 1923 a man arrived on Looe Island, an uninhabited wooded rock, off the coast of Cornwall, in England. He took with him some bare essentials, a few supplies, and a customised film camera, to capture 'moving pictures'. He documented his stay, each passing chore and action, for reasons unknown. The films form a perfect, captured moment in history, as film was new and 'experimental'. Why film the Island so meticulously? For what purpose? Looking for something? 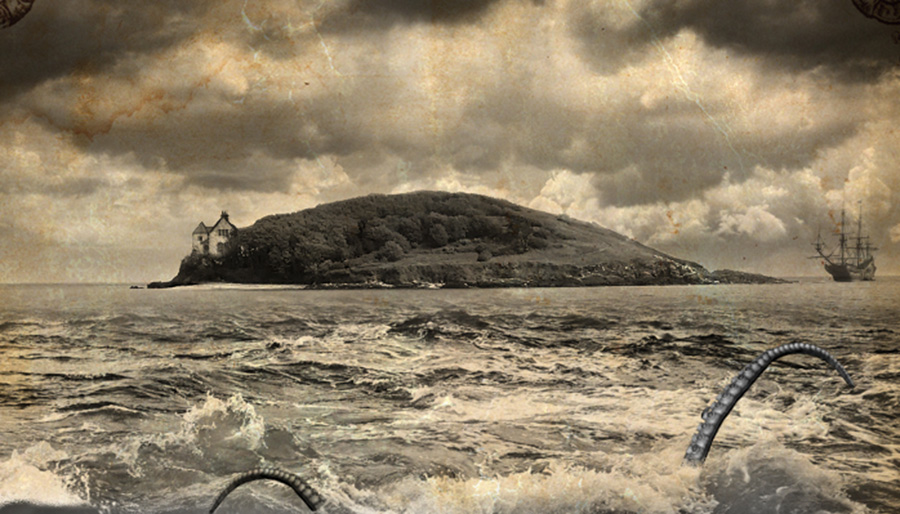 Photo: © Darkling Room
There has always been talk of treasure on the Island, from local gossip to blockbuster movies. The Island does boast a strong history of pirates, smugglers and skulduggery, but any treasure hunt, or archaeological search has proved fruitless, though few have tried. For it is said the Island is CURSED.
That's right, shiver me timbers and all that pirate fun, but Looe Island is a very real place, with ghosts, legend and a history from before written word. There are skeletons beneath the soil, and lost buildings, created by monks, long long ago. Now the place is quiet, as it was in the 1920's, when the 'found footage' was shot and captured, before being sent overseas.
William H Boston was no master of disguise! Many locals remember seeing the 'American fellow', in 1923, with his strange requests and false beards. "He wanted to get to the Island unrecognised, for purposes unknown" said Harbour Master, Rog Trewartha. Many of the humble fishing folk were frightened by the film camera, that appeared like a gun, mounted, as it was, on a sturdy wooden tripod - "I'd not seen anything of the sort, not in all my puff" said Mother Pengelly, "he came here for no good reason, with a troubled old soul and left without, never seen again". She wasn't wrong, William H Boston vanished without trace, with only his footage to confirm he was ever in Cornwall. 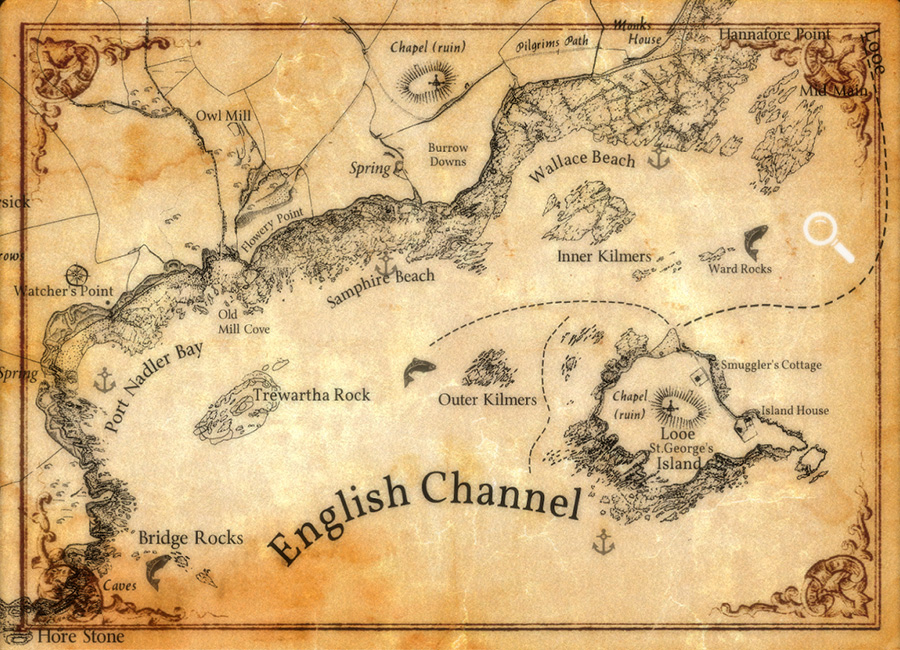 Photo: © Darkling Room
The reels of film were sent to H.P. Lovecraft (a notable author) by a William H Boston of Massachusetts (probably not his real name). Each day of Williams life, on the Island, was recorded on film and sent, without fail, to Lovecraft (In New York), a regular correspondent, at great cost and effort.
The film reels were rediscovered, totally by chance, by staff clearing the old City Archives, during a downsize, in Boston, USA. The footage was thought, at first, to be harmless 'trick photography', until they were verified by the curators. Some time was spent identifying the island seen in the film footage. At first it was thought be a small Island off of New England, but none of the geography matched the footage.
Many of the film reels were badly damaged, but after some extensive restoration, the words 'Looe Island' and 'England' became obvious in scraps of footage, mostly showing maps and nautical charts.
Why would H.P. Lovecraft wish to study the mundane daily activities of Mr.Boston? Who, it seems, liked to while away the time with leisurely pursuits, like fishing, astronomy and exploration. All innocent and without cause for concern, until the Last Reel was found. Some of the footage defies explanation. Shapes, creatures, sea monsters and some terrible 'being' beneath the waves.
Was Mr. Boston as expert faker, employing simple tricks and effects, way ahead of his time? Did Lovecraft fund the expedition to Looe Island, led by his fascination with the ancient world and those 'that went before'. Both certainly had an interest in astronomy, perverse nature and the twisted nature of reality.
If you're ready for an adventure then keep your eyes peeled, 'Lamanna: The Looe Island Mystery' will be available to download for Windows soon via the Shadow Tor Digital Store and Steam. You can find out more at darklingroom.co.uk/lamanna.
Tags:
paranormalgamingtopicaldarkling room