Most Haunted Live! Halloween 2020 - Everything You Need To Know 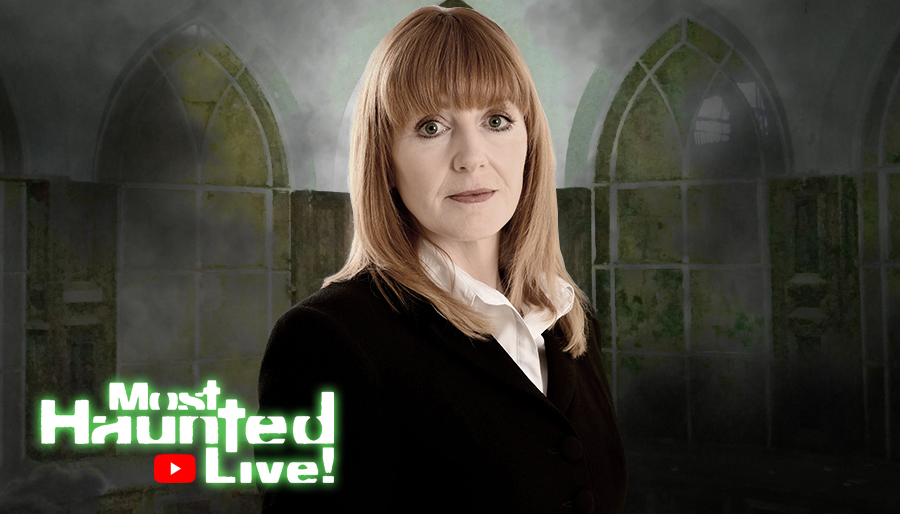 UPDATE: The team have teased their Halloween plans, find out all here!

It's edging ever closer to Halloween and usually by this stage in the year we know which Halloween specials will be airing in October and that often includes a live edition of 'Most Haunted'.
This year things are a little different, the production of television shows has been put on hold due to the global Coronavirus pandemic. The outbreak has also made planning live events near impossible. All this means we're still waiting for confirmation from Yvette Fielding and Karl Beattie that they will be doing a Halloween broadcast this year.
Keep an eye on our Twitter and Facebook pages as we'll break any news and share any rumours we hear about a possible Halloween live there as soon as we have more to tell you.
Last year, for the first time in almost ten years, the team were joined by a live audience of around 60 people. Given the current uncertainty of the COVID-19 situation and the constantly changing government guidelines, it seems unlikely that any location would be able to host an audience this year, but like last year, if an investigation goes ahead, you'll be able to watch the whole event live over Halloween.
As nothing has yet been confirmed, we don't know which members of the 'Most Haunted' team will join Yvette and Karl for the Halloween ghost hunt, but it's likely to feature skeptic Glen Hunt, demonologist Fred Batt, long-time team member Stuart Torevell, as well as camera man Gregg Smith and sound man Darren Hutchinson.
There's also a chance we might see the return of Mary Beattie, Yvette and Karl's daughter, who made her debut appearance in the show in 2019 and featured in last year's 'Most Haunted Live!' from the old Police Station & Courts in Accrington.

Where can I watch the Most Haunted Live! Halloween special?

Although it's not yet been confirmed, if a 'Most Haunted' Halloween special does go ahead this year it won't be broadcast on television. Fans will be able to watch the investigation for free and in full HD on Most Haunted's official YouTube channel.
If you fancy watching on your television for the big screen experience, you can. YouTube can easily be watched on a smart television or via games consoles, Chromecast, Now TV, Amazon Fire and various other gadgets.
Yvette and Karl launched their YouTube channel last year and have been uploading previously unseen investigations and bonus material to the channel ever since.
Last year Yvette and the gang streamed their live investigation of the creepy and abandoned old police courts in Accrington. The three-hour long special notched up more than a quarter of a million views and saw the team search for proof of the paranormal in the building's grand courtrooms and dank basement cells.

When will the Most Haunted Halloween special be shown?

Last year's Halloween special was streamed on YouTube at the peak television hours of Halloween, beginning at 9pm on the night of October 31 and ending at midnight. So, if a 'Most Haunted Live' does go ahead this year, it's likely to be streamed at the same time.
Don't worry if you're not around on the night to watch live. The whole broadcast will be available to watch on YouTube at any time you please afterwards.

Is the 2020 Most Haunted Halloween special live?

Assuming the special goes ahead, it will almost certainly be live. Up until 2019 fans have been crying out for a live episode of the show, but have had to settle for "as-live" shows, which are shot and edited in the style of a live investigation.
Last year fans were able to watch the team live on the night of Halloween for the first time since the infamous 30 East Drive broadcast in 2015.
Although nothing has yet been confirmed, this year is likely to be the same with a special investigation being streamed live in real time on the night of Halloween.

Where will the Most Haunted 2020 Halloween special be?

Since there's not yet any confirmation from Yvette or Karl about a Halloween special, we can only speculate where it might be filmed.
The team have already posted a short investigation of Coats Memorial Church in Paisley on their YouTube channel. Could the activity they encountered have been enough to tempt them back for a full investigation, or will they investigate a completely new location? Perhaps Hangar 42 in Blackpool, Doncaster Air Museum, Fort Amherst in Chatham, Pen Y Lan in Wrexham or Cogges Manor Farm in Oxfordshire.
There's also a chance that the team might re-visit a location as they sometimes do. Perhaps Margam Castle or Preston Manor in Brighton which both featured in series eight in 2006.
Other potential locations include Tudor House in Stratford-Upon-Avon, the Groundlings Theatre in Portsmouth, Burton Constable in Hull, Peterhead Prison or Gressenhall Workhouse in Norfolk.