List Of Theatres Most Haunted Have Investigated In Episodes 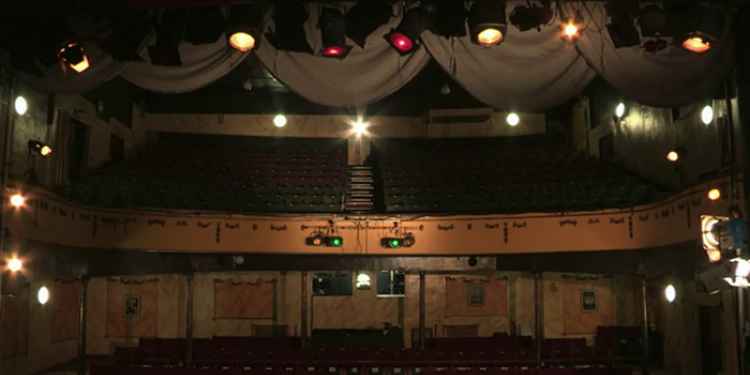 Yvette Fielding and the Most Haunted team have visited some of the UK's best known and most paranormally active theatres since they first started investigating haunted locations in 2002 as part of the television show.
With so much emotion, sweat and tears going into shows, plus the huge number of customer crying, laughing and enjoying shows over so many years, it's no surprise that theatres are a popular type of location for Yvette and the team.
Throughout the years they've investigated several playhouses across the country, each with their own ghost stories, including the Theatre Royal on London's Drury Lane, which is said to be haunted by the ghost of 'The Man In Grey', a spirit who is seen limping through the theatre in a grey cloak and three-cornered hat, he's usually seen at the beginning of a successful West End run.
Below is a complete list of Most Haunted episodes which were filmed at a theatres or performance venue of some kind.

WATCH: Amazon Prime
16 Nov 2004
Yvette Fielding and medium Derek Acorah visit Oldham Coliseum Theatre in Greater Manchester, hoping to encounter the ghost of an actor said to be lurking in the wings.

WATCH: Amazon Prime • YouTube
11 Mar 2008
Presenter Yvette Fielding and her team of paranormal investigators continue their search for spooky phenomena at the Winter Gardens in Morecambe, Lancashire, hoping to make contact with some of the many spirits said to tread the theatre's boards after dark.

WATCH: Amazon Prime • YouTube
03 Nov 2009
Yvette Fielding and a team of investigators visit Gaumont Cinema in Toxteth, Liverpool, where sightings of mysterious lights and ghostly figures have been reported.

21 Aug 2014 • Review
After a four year absences, Yvette Fielding and the Most Haunted team return for a brand new series, airing on terrestrial digital channel, Really. In one the team investigate a tiny little theatre with an awful lot of paranormal activity, from negative entities to a plethora of ghost sightings.

04 Jun 2015 • Review
The owners of the Tivoli Venue in North Wales called Yvette Fielding and her team in to investigate the claims of paranormal activity there. Will the spectre of a film projectionist spook them?

13 Dec 2015 • Review
Yvette Fielding hunts for ghosts at a theatre in Gainsborough with a history as a police station and magistrates court, will the team uncover paranormal activity in the former cells or the courtroom?

30 Jun 2016 • Review
Yvette Fielding is back on Really for the 18th series of the long-running paranormal investigation show, Most Haunted. The team's first investigation of the series is in Crewe at the historic Lyceum Theatre. A location which is said to be haunted by six resident ghosts.

WATCH: YouTube
09 Mar 2020 • Location Details
Karl Beattie and Stuart Torevell take on the impressive but semi-abandoned Champness Hall in Rochdale, where Stuart sees something he couldn't explain in the building's huge auditorium.