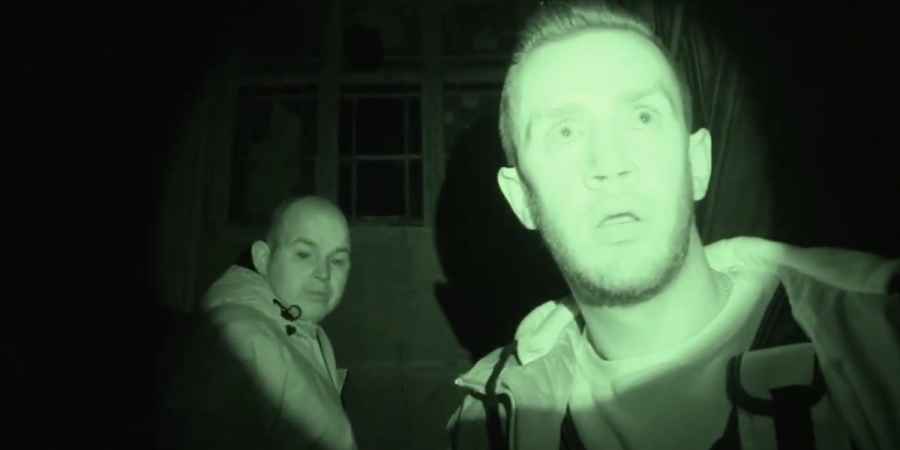 Want more from Danny Moss and The Haunted Hunts team? Now you can get extra with a monthly subscription service for fans of the paranormal web series.
'The Haunted Hunts Xtra' launches in March and will give fans access to exclusive content to the show via Patreon.
The British paranormal investigation team The Haunted Hunts is lead by Danny Moss  and consists of Rebecca Salisbury-Moss, Emma Dawe, Charlie Rutter and Roxanne Rutter.
A subscription to 'The Haunted Hunts Xtra' will cost £4.50 per month and will give you the chance to watch bonus content including unlimited access to a spinoff series, which will run alongside the team's main hit Amazon Prime show with brand new episodes added monthly.
There will also be a whole host of bonus content including exclusive ITC sessions, talks on paranormal topics, investigation equipment, locations and much more.
For just £4.50 a month you can now get your paranormal fix with The Haunted Hunts in between new seasons of the show on Amazon Prime. You can sign up now on Patreon so you're ready to watch when the series launches in March.
Danny says, "since the release of season two in March 2020 we've been inundated with messages and emails asking for more content. The main show on Amazon Prime takes time to produce and especially with COVID delaying things."
The show's star and creator hopes that this new service will "provide the fans with tons of extra content whilst maintaining our high standards in both production and our approach to investigations."
He added, "it's a lot of work to add to our already hectic schedule but we are committed to bringing the best possible content to our incredible fan base. The subscription fee’s will go directly towards the high production costs in order to continue funding both our main show and the extra content."
The team announced the new spinoff series this week and teased fans with a trailer for their new exclusive subscription-only content stream, which fans can subscribe to via Patreon, a membership platform that makes it safe and easy to follow and support the content creators you love.
Add A Comment
Tags:
paranormalhaunted huntstopical