This article is more than two years old and was last updated in March 2021. 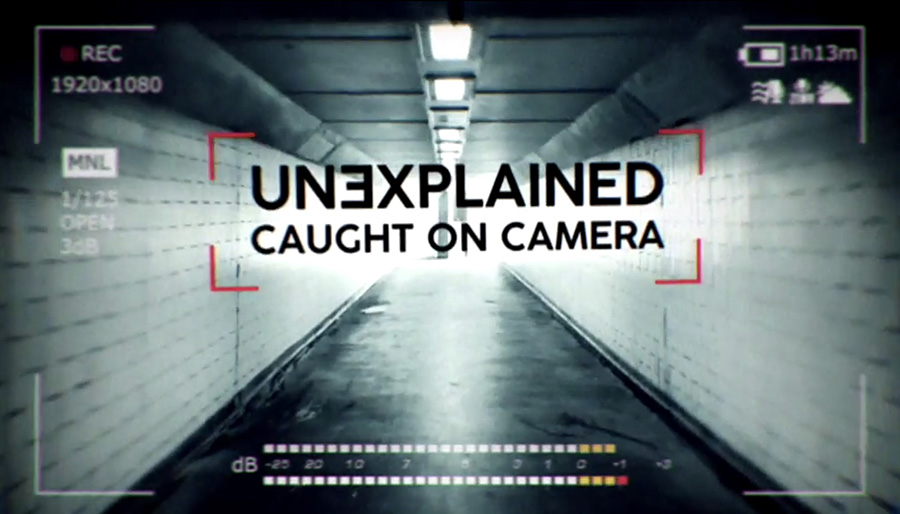 The REALLY channel brings us the UK's newest paranormal show. 'Unexplained: Caught On Camera' features stories and footage that will make your hair stand on end. These seemingly unexplainable events are captured by people on their mobile phones, CCTV and dash cams.
The eight-part series started on Friday 12th July. If you missed the start of the series, the first few episodes are available to watch via UKTV Play.
The unbelievable, bizarre and impossible clips, most of which are from the UK and the USA, include everything from alleged ghost sightings to UFOs. All of this unexplainable phenomena is watched over by the show's paranormal experts, a team made up of Chris French - professor of Anomalistic Research, and Jayne Harris psychical researcher. They're joined by Barri Ghai and Sandy Lakdar, both of whom appeared in REALLY's 2018 paranormal series, 'Help! My House Is Haunted'.
In episode one we meet the teaching staff and pupils of Deerpark School in Cork, a building that has a reputation for its hauntings. CCTV footage from the school went viral in 2017 when it appeared they'd caught a ghost on camera. The footage is quite famous and has been well circulated online, so it was interesting to hear firsthand accounts from the people effected by the haunting.

Like the Deerpark footage, a lot of the clips that feature in the show have been knocking around online for the last couple of years. This isn't really a problem as we all waste plenty of our lives watching and re-watching these clips and trying to get to the bottom of them anyway. Plus it's really good to hear the show's panel of experts talk about the clips.
It would be nice however if shows like 'Unexplained: Caught On Camera' could be a little more reactive, like a paranormal version of Gogglebox. It would be great to get a roundup of the paranormal clips that have been talked about over the last week.
After all, one of the clips that featured in the second episode of the show has been well and truly debunked, presumably since the episode was made. The clip in question was shot by Louise Lenton and features her five-year-old son learning to ride his bike outside Oldway Mansion in Paignton.
When the proud mother watched the video of her son's achievement back, she spotted what she described as a gentleman wearing Victorian-style clothing watching over them from one of the mansion's windows.
Since the video went viral, the identity of the ghost of Oldway Mansion has been revealed after a security guard who's worked at the mansion for four years came forward to clear up the confusion. Alex Warren told Devon Live that the figure was actually him - not wearing Victorian clothing, but a black cardigan.
Alex even sent photos of himself wearing the clothes inside the room he was spotted in to prove his point. He told the paper, "I wear my black cardigan inside and my security coat for outside patrols. That day I was just admiring the young lad learning to ride his bike. Hope this clears up the misunderstanding!"
Overall the show was a really good watch and I like all of the experts, especially Chris French who offers a rational and skeptical take on the clips shown. The show is fast-paced and well scripted, delivered dramatically by voice over Russell Shaw.
The show is a refreshing change from the normal ghost hunting shows on television and will easily hold the attention of any paranormal enthusiast for an hour... and probably leave them arguing on the sofa over whether what they've just seen is real or not.
It's a little unfortunate that the show was released when it was, as its format and even title is pretty much identical to 'Paranormal: Captured' that aired in the UK earlier this year. I don't think either of the shows copied the other as they were both clearly being developed at the same time, and both shows are slick and well produced.
In this series we're treated to the most terrifying, remarkable and unexplainable footage shot by real members of the public. For a taster of what you can expect, check out the show's teaser trailer below...
'Unexplained: Caught On Camera' continues on REALLY. Watch on Freeview (17), Sky (155) and Virgin Media (129), or watch previous episodes of Most Haunted on demand on the UKTV Player.

Episode 1
Clip show featuring terrifying, remarkable and unexplainable footage. School students claim a ghost ate their homework, and a man is stalked by a potential poltergeist.
Episode 2
An innocent evening of pet-sitting for a YouTube star turns into a night of survival horror that is inadvertently live-streamed to millions of viewers around the world.
Episode 3
New. A man from Texas checks into his hotel, only to find his room is already occupied by a playful poltergeist. In Bruges, a cursed box is dug up in a garden.
Episode 4
A paranormal investigation at a theatre goes awry when a woman is possessed by the spirit of a child. A man from Kent is terrorised by a plate-smashing poltergeist.
Episode 5
The story of Michael McGee, who has been pestered and plagued by all manner of unexplainable activity and has documented his ordeal in the form of hundreds of hours of footage.
Episode 6
A family from Tennessee are forced to take drastic action when their dream home is ruined by a party-pooping poltergeist intent on ruining their youngest daughter's birthday.
Episode 7
In an attempt to gain hits and subscribers, a YouTuber buys a cursed box online, with horrific consequences. A pub landlord calls time on a spooky spirit captured on CCTV.
Episode 8
A mysterious man known only as Mellowb1rd, who over the past 10 years has been subjected to the most extreme poltergeist activity ever captured on camera.