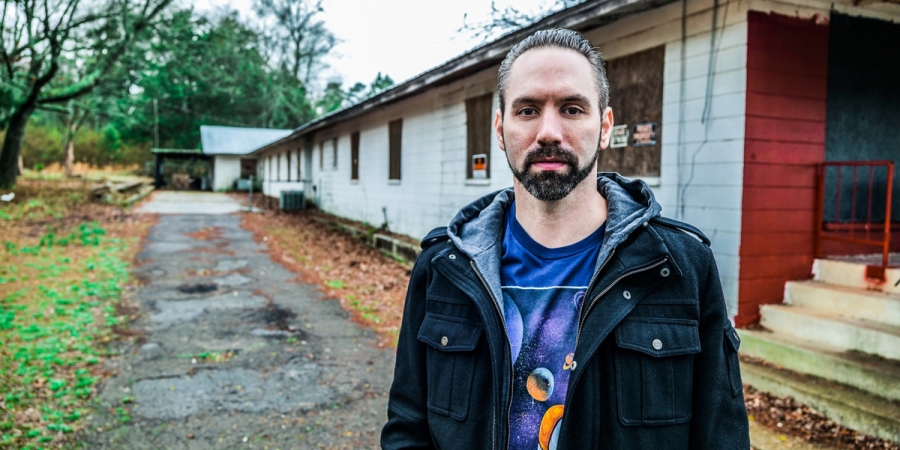 Nick Groff is back with some of his most frightening investigations to date in the second season of 'Death Walker', streaming now on Discovery+ in the UK.
Once again Nick aims to redefine our understanding of the paranormal in all-new episodes of the paranormal reality show. The US paranormal investigator wrote on Twitter, "I can't wait for everyone to see how intense these new episodes become during my investigations!! Some of the most frightening experiences I've ever had and Incredible documentation of paranormal activity!"
The series follows Nick as he attempts to challenge the paranormal status quo by diving headfirst into some of the most bizarre and controversial theories relating to hauntings.

The first series of the California-born ghost hunter's show premiered on Discovery+ for subscribers in the UK back in April and all five episodes were shown on the free-to-air channel, Really, over Halloween.
The second season launches at first with two episodes available to stream on Discovery+ Friday, November 5, with more episodes made available over subsequent weeks.
Season two will see Nick document paranormal activity at more of the most haunted locations in America, starting off at a location that sparked Nick's exploration into the paranormal back in 2004.
Nick remembers watching a television show called 'Sightings' which featured a family being tormented by a supernatural entity in their home. Now Nick gets the chance to investigate this infamous haunted house in Atchison known as the Sallie House for himself. During his investigation Nick attempts to get the entity known as Sallie to physically lash out at him so that he can capture it on camera.
Nick is perhaps best-known as an original member of the 'Ghost Adventures' team and his more recent series alongside Katrina Weidman, 'Paranormal Lockdown'. The series, which saw the pair locked down for 72 straight hours in some of the most haunted locations around the world, came to an end in 2019.
Series one of 'Death Walker' saw Nick question whether renovation work stirs up the spirits in a building, whether the nature of time might be skewing our perception of ghosts, examined stone tape theory and searched for paranormal activity in Masonic building situated on ley lines.
You can join Nick on his journey as he travels to some of the most haunted locations across America looking for answers from the other side. New episodes of 'Nick Groff's Death Walker' stream exclusively on Discovery+ in the United Kingdom from November 5.

More From 'Death Walker' View All