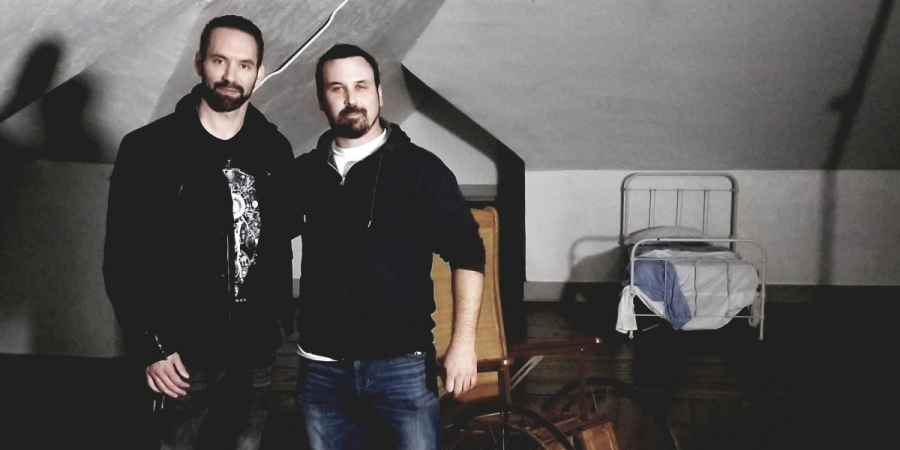 In the first episode of Nick Groff's solo ghost hunting series, 'Death Walker', the US paranormal investigator explores the possibility that misconceptions about the nature of time might be skewing our perception of ghosts by comparing evidence gathered at two of America's most haunted locations.
'Death Walker' has been available to watch for subscribers of Discovery+ in the UK since earlier this year, but starting today for five consecutive nights leading up to Halloween, the series will get its global television debut on the British free-to-air channel Really.
The show's dramatic opening sequence tells us the meaning behind the show's name. According to the text on screen, 'Death Walker' means "a person who walks among the dead." This name doesn't allude to the fact that the series has a very clever and different format, rather than just going into a haunted building and looking for evidence - something every other paranormal show does - in each episode Nick addresses and attempts to prove or disprove a specific theory relating to the supernatural.
In the episode entitled, 'Space-Time', Nick who recently appeared alongside Katrina Weidman in the series 'Paranormal Lockdown', introduces us to a new theory that suggests that events in the past, present and future might unfold simultaneously. Nick says, "if evidence could be documented to support that theory, it would change the way we perceive ghosts."
What Nick means by this is that he's going to attempt to establish whether hauntings are the result of lingering energy or intelligent spirits residing at a location in our time, or whether time is non-linear and traumatic events from the past could be ripping through time and affecting investigators, psychic mediums and ghost hunting equipment in the present.
It may sound crazy at first, but actually it is a pretty strong theory and one which we've debated here at Higgypop before. Of course, we don't have the answers, but Nick is hoping to get them. To do this he's going to compare evidence collected at two different allegedly haunted locations, Brushy Mountain State Penitentiary in Tennessee and the Madison Seminary in Ohio.
Early in the episode, Nick shares his theory with Adam Kimmel, the owner of Madison Seminary, which was built in 1847 and is said to be the most haunted place in northeast Ohio. Adam agrees with Nick and takes the idea a step further, "I know this sounds deep, but I think sometimes we're even communicating with our past selves."
Nick concludes from this conversation, "the way we perceive time is inaccurate. It's possible that at some of these haunted places the past and present overlap."
Nick also talked to Tiffany White at Brushy Mountain prison. He asked her if she thinks energy gets left behind. She said, "sometimes you might hear like a continuation of the work they would have done, you'll hear the washer and dryers running." She added, "it's like they never missed a beat, and maybe they're all on the other side looking at us like we're all crazy."
Hearing sounds from the past is more commonly thought of as a residual haunting, a non-intelligent haunting which is just caused by lingering energy from the past replaying itself, a phenomenon often associated with stone tape theory. But Nick suggests an alternative to this commonly-held belief, "maybe they're in their own time right now, back in what we call the past, and we're in the present right now and they hear us, we hear them, and we just think each one of us is a ghost." 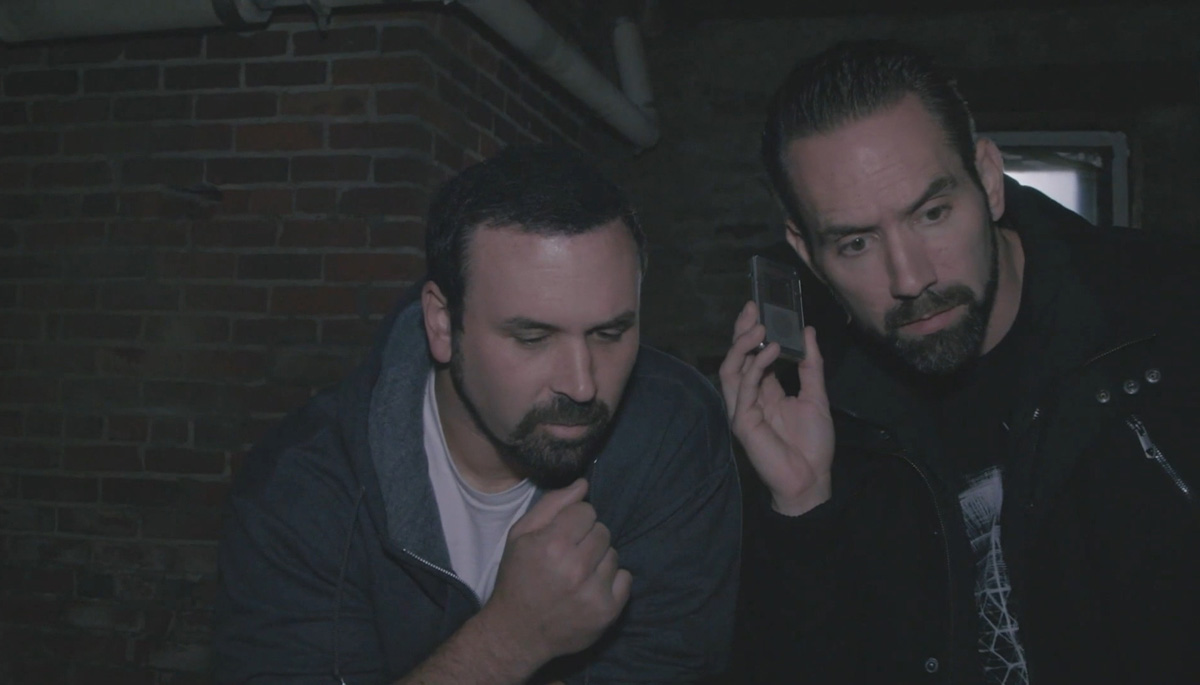 Wandering around the abandoned rooms of the Madison Seminary, Nick tells us "it's hard to know where to start my investigation," which isn't surprising. It's a tall order to obtain proof the the activity experienced at a haunted location is actually emanating from the past. Nick wonders, "if time is overlapping, is it intelligent? Does it experience me the same way I experience it?"
The concept of intelligent time that has some kind of awareness of people in other time periods takes Nick even deeper into his minefield of supernatural speculation, but luckily he doesn't dwell on these thoughts.
Nick's next train of thought, "stories of the past have become legend, maybe only a legend can give me the answers I'm looking for," leads him to a room at the seminary where the owner claims that several psychics have picked up on the energy of a woman who was buried in the room.
It's in this room Nick conducts his first experiment using his trusty Panasonic RR-DR60, which he will attempt to use to capture examples of electronic voice phenomena (EVP), a form of spirit communication that involves capturing the sound of spirit voices in audio recordings.
Nick tells us that the device's voice activated system (VAS) is switched on. A handy caption appears on screen describing how this feature works. This is a really nice touch for helping the audience understand the equipment. It reads, "voice activation - starts and stops recording automatically when triggered by audible sound eliminating silent gaps in the recording." Basically, it pauses recording when the environment falls silent and automatically resumes when triggered by a sound.
Nick and the building's owner, Adam, call out to the spirits while recording. When playing back the audio they hear what they think is a response to their question. In the recording Nick asks, "do you want to tell us who hurt you?" And a gruff voice seems to answer "yeah". Later he asks, "are we digging in the wrong spot?" and again a response seems to say "yeah."
During the session, Nick also said he had a vision of a girl chained and held prisoner within the room they were in. The pair then speculate that this girl could be chained in the room in the past crying out for help, and her pleas are only heard in the future through the audio recorder and as an impression in Nick's head. It's a very valid theory. Nick says, "it's almost like she's connecting with us on a different level." Nick even talks about becoming a "time cop" and obtaining further information from the victim in order to stop the crime in the past.
Nick starts calling out to Sarah, one of the spirits that's believed to haunt the seminary. As a result of this Nick perceives a change in energy in the environment. He describes it as a build up of pressure as the oxygen and air is pulled out of the building. Nick says that if the energy of the building is changing as a result of the spirits responding to hearing their names, then there must be some intelligence behind it, but confirms that he still doesn't know if the spirits are living in his time, or if he is living in their's. 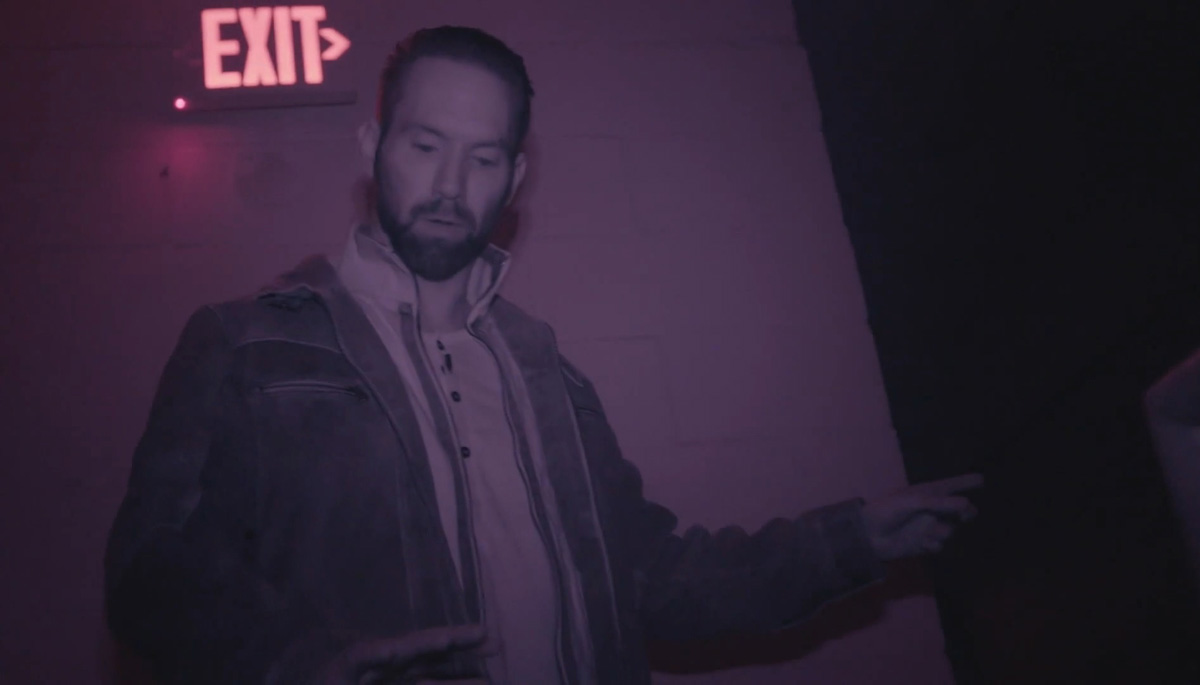 At the episode's other location, Brushy Mountain State Penitentiary, we join Nick as he's already chasing unexplained sounds around the building, but not as much happenS at this location. There was a moment when the sound of something being thrown is heard behind Nick, and seconds later as Nick calls out a moan or voice is heard in response.
A little while later, Nick felt a pressure around his body and felt as if he was being touched on his hand. Later he had several clear responses through a device called a GeoBox, a device that scans through multiple frequencies of the electromagnetic spectrum. The idea is that intelligent spirits can manipulate or use the ambient EM field to relay intelligent responses in the form of words or sentences.
If this device can be trusted, then the responses would seem to suggest that Nick was indeed in contact with intelligent spirits, but these responses didn't get him any closer to establishing which time period they were in.

The premise of visiting two locations to collect evidence to support or disprove a specific theory relating to the paranormal is a really good one and a promising format for a show, but Nick doesn't change his methodology to achieve this aim. No real comparisons were drawn between the two locations, the only thing that got close to this was when Nick said, "I'm learning quickly that these two locations have similar triggers, but different responses."
However, Nick is satisfied that he is dealing with intelligent spirits rather than residual energy. He comes to this conclusion based on the intelligent responses he heard through his ghost hunting devices, including several instances when his own name was heard. Nick concluded, "we must be sharing a space, how else would it know?"
During one session at Brushy Mountain prison the voice even confirmed that it was alive and believed Nick to be the ghost, but his investigation doesn't help him get any closer to establishing what time period these spirits are communicating from. There's no clarity in the evidence to determine whether the voices heard are the result of living people communicating across time, or present-day spirits who simply believe they are still alive.
The compelling evidence Nick collected in the episode might have convinced you that something weird was going on at these two locations, but the episode's aim was doomed to fail from the start. There was seemingly no consideration when choosing the locations of how the reported activity there will help Nick to test the theory, and nothing is mentioned about which experiments he'd need to conduct and what sort of evidence he was hoping to obtain.
Without a clear direction and plan, which would be a fundamental change to the way Nick usually investigates, at best he was only ever going to be able to prove what his usual methods are designed to prove - that intelligent hauntings exist. This left the episode's specific question relating to space-time unanswered.
Of course evidence obtained on a paranormal investigation is always open to scrutiny, but if we take all the evidence Nick collected in this episode as being valid, then it could be argued that Nick did in fact get the answer he was looking for, although he seemed to have overlooked it. The strongest incident that offers useful evidence is the moment when he was touched by an unseen force. This physical contact suggests that there must have been some kind of energy around him in the present day. If Nick had been on the hunt for evidence of physical influence over present-day objects instead of intangible voices, then this might have given him a chance of answering the questions posed at the start of the episode.
'Death Walker With Nick Groff' continues tomorrow night on the Really channel as part of the channel's Ghostober programming event. Episodes are also available to stream on demand on Discovery+. You can watch Really on Freeview (17), Sky (142), Virgin Media (129) and Freesat (160), plus YouView, BT TV and TalkTalk TV.