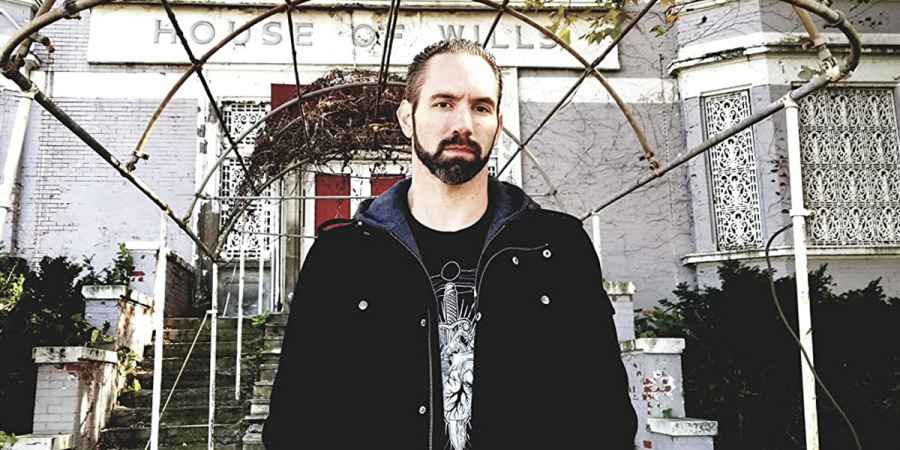 Nick Groff collects evidence at two haunted locations which he hopes might help him validate or disprove the theory that impressions of the past can be recorded in stone.
At the start of the episode, Nick tells us that "stone tape theory is the speculation that ghosts and hauntings are comparable to tape recordings in that mental impressions during emotional or traumatic events can be projected in the form of energy, recorded on to rocks and other items, replayed under certain conditions."
In order to explore this possibility, Nick needs to find two locations where the hauntings reported are likely to be the result of stone tape theory. This normally means that the hauntings are residual in nature.
Residual hauntings are like a reflection of the past, normally a vision or sound that replays time and time again. This often occurs on the anniversary of an event, when conditions are similar, or to an observer who's in tune with the energy of that specific event. You can't communicate with a residual haunting, because they're not the result of an intelligent spirit or ghost that's aware of you or their surroundings.
Nick hopes that he can collect evidence to support or disprove stone tape theory by opening himself up to the spirits at the Sixth Precinct in Detroit, Michigan and the House of Wills in Cleveland, Ohio. 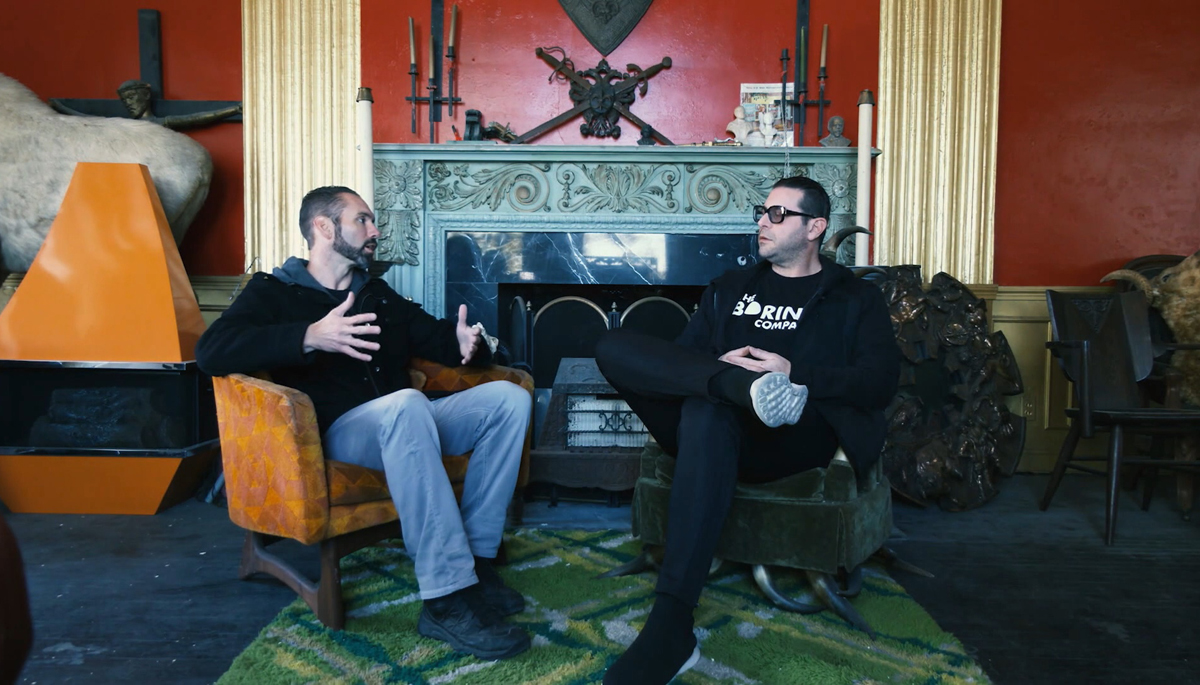 Nick meets with Eric Freeman, the owner of the House Of Wills, a former funeral home. Eric tells Nick, "I don't believe in ghosts, I never have. It's probably some kind of magnetic disturbance that allows you to see back in time some how." If this is true, then this location would have actually been better suited to the first episode in the series where Nick tried to establish whether ghosts were the result of spirit communication through time.
Nick has another theory. He told Eric, "I think it's the emotions that people bring into a location, the living people. They come in and they resonate all those emotions when they're saying goodbye to a loved one, or somebody who's passed away. They have all that energy, that conscious thought, all that is put into an environment like this."
Eric says the paranormal activity in the building includes dark masses, human-shaped apparitions, unexplained lights, and says he even saw an apparition himself. Although this activity is great for a regular investigation, Eric doesn't say anything to suggest that the activity at the location is residual in nature, but how will the activity her compare to Nick's other location in this episode?
His second location is the Sixth Precinct, a former police precinct dating back to the 1930s, the building fell into disrepair and was abandoned and has at least 11 deaths to its name.
Nick meets Jeff Adkins, a fellow paranormal investigator.  Jeff tells Nick, "I think in any building like this, it's close to being one hundred years old, there's been so many people coming in and out and some of them having traumatic experiences." He continues, "there's just a lot of emotional energy that I think is embedded in the materials of this building that's still around today."
It sounds like the Sixth Precinct has a high potential for residual hauntings that might support the idea of stone tape theory. Although Jeff does then go on to talk about a rock being thrown at him in the basement, which is more a trait of an intelligent haunting rather than a residual haunting.
Confusingly, the building's owner, Ed Steele then introduces another theory into the mix. Ed says, "string theory is the theory that everything is connected, so I can just think about something and it can traverse time, space and dimension." Nick nods in agreement, but this isn't what string theory is, so let's just ignore those comments and concentrate on stone tape theory as that's what this episode is about.
It's down to Nick to get find us the answers, and to do this he embarks on a paranormal investigation of both locations. 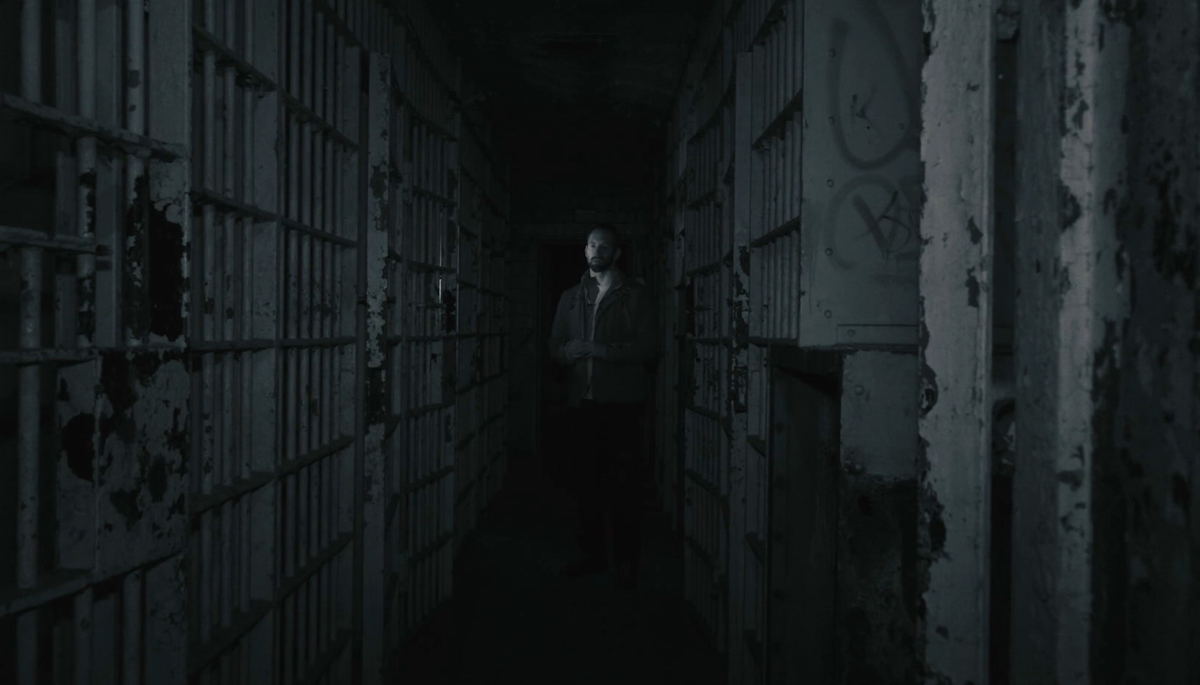 Nick started out in a corridor lined with old police cells. He starts calling out "can you see me in your jail?" If an entity can see him then this would mean it is an intelligent haunting rather than a residual haunting caused by stone tape. Since it seems that this is what Nick is dealing with, he grabs a ghost hunting device and says, "we're in a place where communication is key." If the spirit communicates then this would help to disprove the concept of stone tape theory at this location.
The device Nick is using is called a GeoPort. It monitors vibrations, radio waves and electromagnetic frequencies. It's thought that spirits can manipulate or use the device's sensors to relay intelligent responses in the form of words or phrases. Nick does seem to get several intelligent responses through confirming that this location would be categorised as an intelligent haunting rather than the result of stone tape theory.
Later at this location Nick heard a very loud bang, could this have been poltergeist-like activity caused by an intelligent haunting, or was it an echo of the past recorded in the fabric of the building?

The House Of Wills 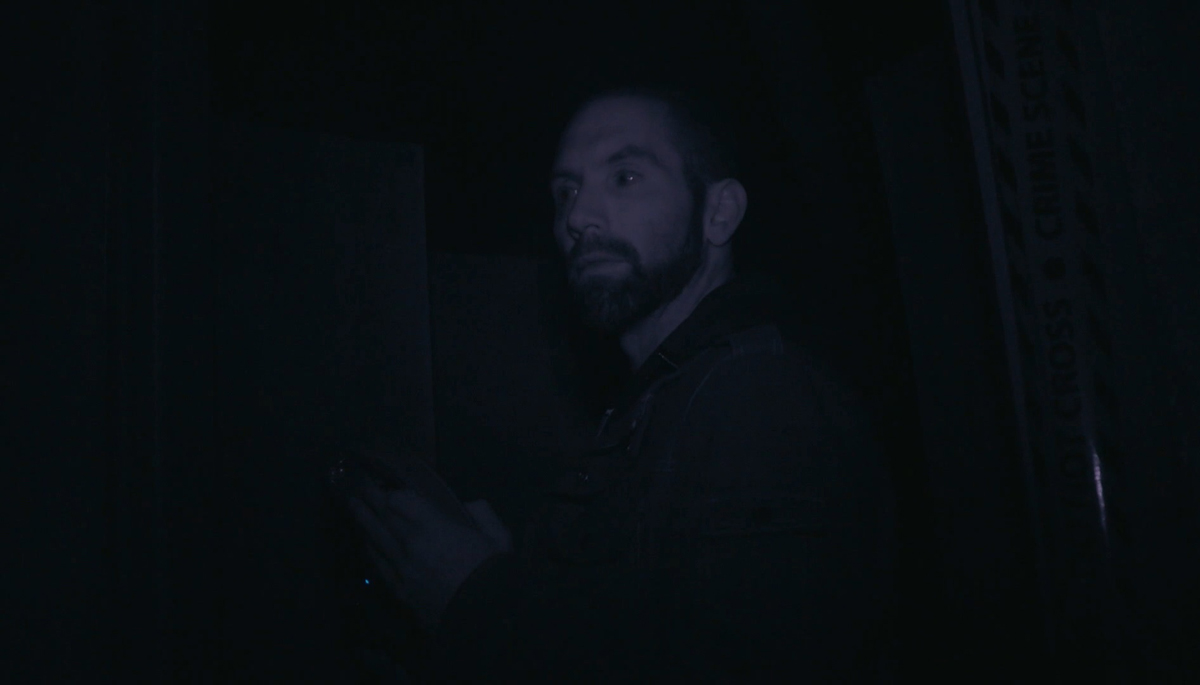 It was a promising start at the House Of Wills, as Nick walked around in the dark he felt as if he was seeing what he described as figures in the darkness. These fleeting glimpses might suggest that Nick was seeing or picking up on residual energy caused by stone tape. However moments later it seemed Nick abandoned this strand of investigation and once again reverted to tracking down actual intelligent spirits rather than looking for evidence of hauntings related to stone tape theory.
Later at this location, Nick heard disembodied laughing, unfortunately the sound wasn't caught on camera, but this could suggest that stone tape theory was at play. Nick didn't pursue this possibility and the incident was a one-off, instead he returned to calling out.

At no point during the investigation of the two locations did Nick collect tangible evidence of any activity that might suggest residual energy cause by stone tape theory, other than the dark figures he thought he saw, the disembodied laughter and the loud bang.
However what he did collect was potential evidence of an intelligent haunting including the relevant audio responses through his equipment and frequent battery drain.
This evidence could suggest that the concept of stone tape theory is incorrect, at least for these two locations. Equally it could just mean that the two locations Nick picked to investigate the theory simply don't hold residual energy.
Nick also came to this same conclusion, he said at the end of the episode, "after investigating the House Of Wills and the Sixth Precinct, I believe that there is something more than just the stone tape theory happening at both locations. I was able to make contact with an intelligent entity."
'Death Walker With Nick Groff' continues tomorrow night on the Really channel as part of the channel's Ghostober programming event. Episodes are also available to stream on demand on Discovery+. You can watch Really on Freeview (17), Sky (142), Virgin Media (129) and Freesat (160), plus YouView, BT TV and TalkTalk TV.