Death Walker With Nick Groff: The Others Review 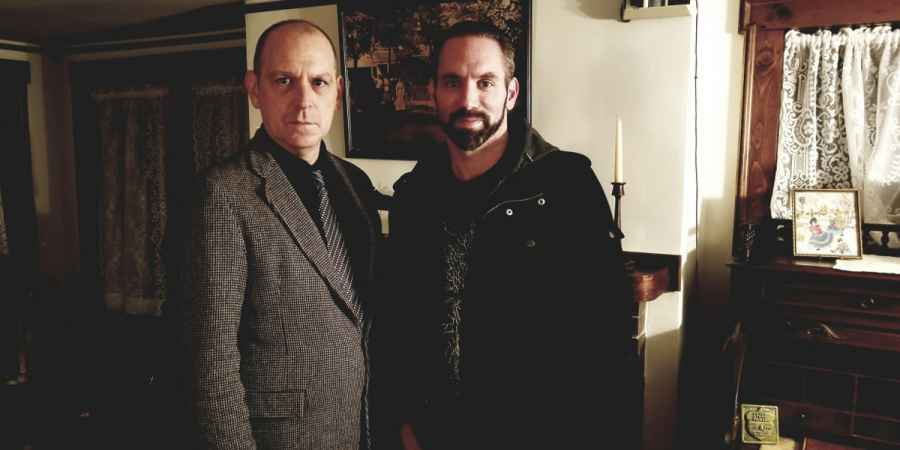 Nick Groff collects evidence at two haunted locations in Michigan which he hopes might help him prove that hauntings are intensified by renovation works. Nick says, "by witnessing paranormal activity at these two locations, I believe this could add some credence as to how altering an environment can intensify a haunting."
This is a really interesting theory and one which investigators should challenge as there are countless anecdotal reports of spirits getting stirred up during renovation work. Nick will be investigating two properties in Michigan, Willis House Inn and Orson Starr House. The Willis House Inn is currently undergoing renovation work, while Orson Starr House has been maintained in its original state throughout the years.
In order to get the answers he hopes for, Nick will have to collect evidence that will allow him to gauge the level of activity at each location and compare the results to determine whether there are differences due to the renovation work. 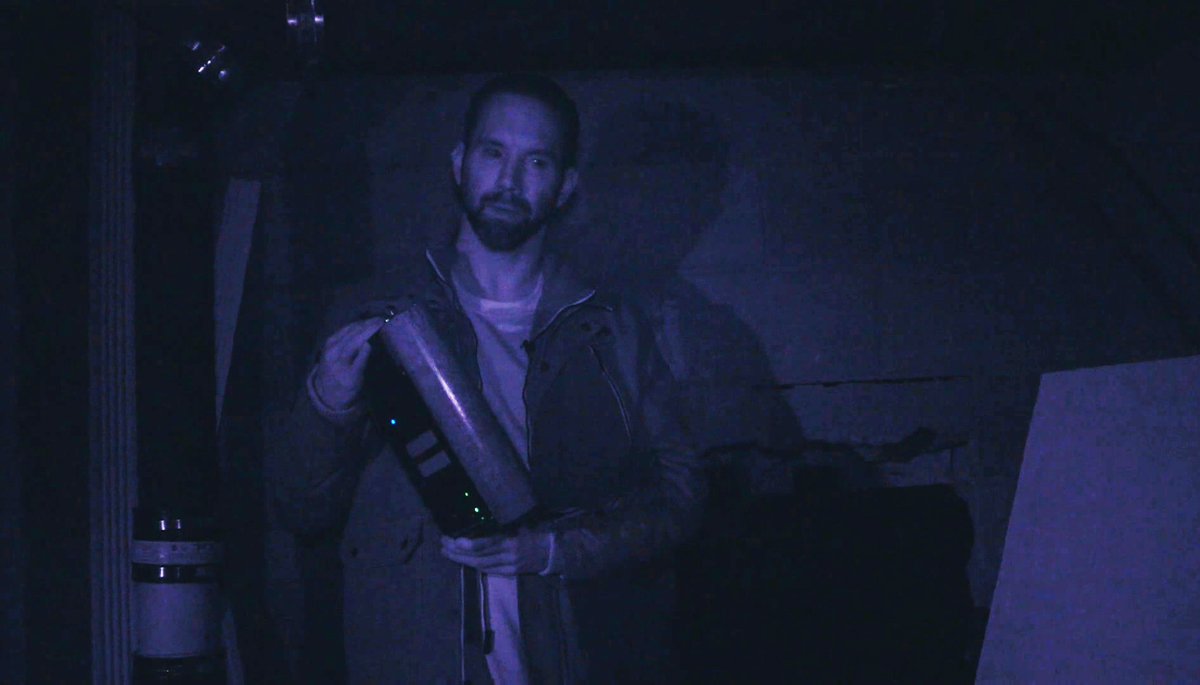 The house dates back to 1856, a former resident died in the house, his wife died one week later. The house went through several uses, including being used by a brewing company and the Catholic church. In the early-80s it became an adult foster care home, before becoming a traumatic brain injury facility in the 1990s. It's said that it was during this latter period that the haunting became sinister with reports of paranormal activity including levitation, non-human creatures, disembodied voices and even two exorcisms that were conducted in the house.
The facility was shut down in 2006 and sold on the following year, at which time it was completely gutted and sat vacant for five year, before its current owners, Donald and Sherry Berry started to convert the building into a bed and breakfast. They've heard objects moving, seen strange lights, and felt uneasy in certain rooms.
During his investigation of the house, Nick used various ghost hunting gadgets including a GeoBox, a device that scans through multiple frequencies of the electromagnetic spectrum. The idea is that intelligent spirits can manipulate or use the ambient EM field to relay intelligent responses in the form of words or sentences. Nick did hear several grunts and gruff sounding voices through the device which seemed to be answering his questions. 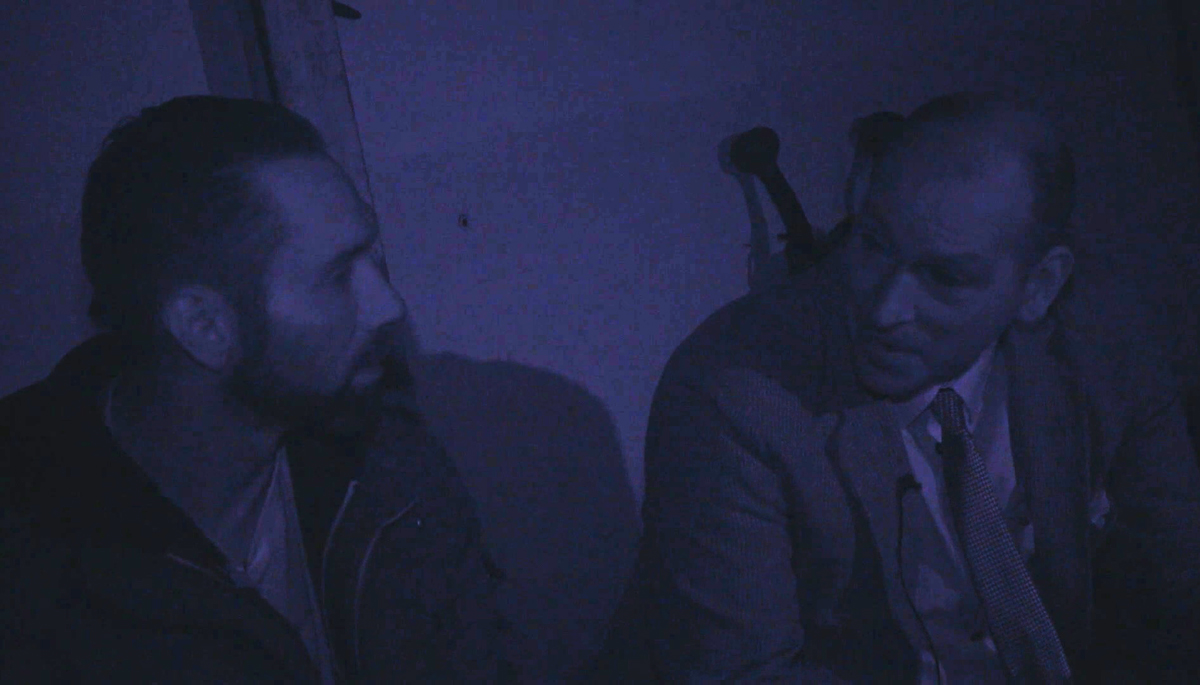 The Orson Starr House is the oldest home in Royal Oak, Michigan. It was built in 1845 by Orson Starr, a settler who came to the area in the 1830s. Five generations of the Starr family lived in the house until 1964. The city bought the house from the family in 1976 and turned it into a museum.
The house, where 14 people are known to have passed away, is said to be haunted by numerous spirits including a very angry old man who resides in the basement, and the spirit of an older woman named Catherine who's been seen sitting in a chair, and the apparition of a German shepherd. The sounds of children laughing and playing upstairs is heard frequently. Visitors have reported being touched and even pushed down the stairs. The building's owner, Candace Isaacson, told Nick that visitors also report seeing the children's toys in the nursery move.
At this location Nick was joined by John E.L. Tenney, a paranormal researcher and lecturer who had some very interesting thoughts on life after death, but despite being an expert on the subject, Nick didn't actually ask him about the hypotheses he was trying to get to the bottom of in this episode, whether renovation effects the levels of paranormal activity. It felt like a missed opportunity for Nick to find out a little more about the subject, but during their investigation together, the pair heard some very interesting and seemingly responsive tapping sounds.

Nick posed another strong and interesting question in this episode, which he set up well at the start of the investigation, but sadly the locations he'd chosen to investigate were't appropriate places for collecting the evidence he needed. However, he did capture some interesting evidence along the way, even if it didn't help his cause.
Nick aimed to compare the two locations, one of which is undergoing renovation, the other isn't. What he really needs is an accurate measure of the level of activity at Willis House Inn before the renovation, otherwise he has no way of knowing if the activity has increased, decreased or remained the same as a result of the building work. Since Nick can't go back in time to investigate this for himself, he can only go off of anecdotal evidence from the time, the things like levitation, non-human creatures and disembodied voices.
The problem with this is that this reported evidence isn't really comparable with the evidence Nick obtained through the methods he used, mostly using the GeoBox. It's also impossible to draw a conclusion by comparing evidence from the two locations as no two haunted places are the same, one house could naturally be more or less haunted than the other regardless of any renovation work.
Nick didn't come to a conclusion himself, but if anything his evidence didn't support the theory that renovation effects levels of paranormal activity. This is based purely on the fact that Orson Starr House, which wasn't undergoing restoration, seemed to have a lot more paranormal activity than Willis House Inn. This is based on Nick's investigation and what the witnesses tell us at the start of the episode, but still it's impossible to attribute this increase in activity to anything to do with renovation by comparing it to the lesser activity at Willis House Inn. After all, for all we know Orson Starr House could have been more active because of the added energy of Nick investigating it with a second person, John, where as he investigated Willis House Inn alone.
Although not talking about Nick's renovation theory specifically, John did say something that highlighted the flaw in Nick's methodology. He told Nick, "there are an infinite number of possibilities, there doesn't have to be one type of ghost, there doesn't have to be one thing that happens after you die. Every location doesn't have to have the same type of ghost in it. Each location can have a different experience, because each location is different."
It's because, as John rightly says, every location is different that Nick should really have just compared activity from one location, but before renovation work began and then return during the works to collect more data - perhaps even repeat this over two locations to solidify the results. This would have enabled Nick to better test the theory he set out to address.
'Death Walker With Nick Groff' continues tomorrow night on the Really channel as part of the channel's Ghostober programming event. Episodes are also available to stream on demand on Discovery+. You can watch Really on Freeview (17), Sky (142), Virgin Media (129) and Freesat (160), plus YouView, BT TV and TalkTalk TV.