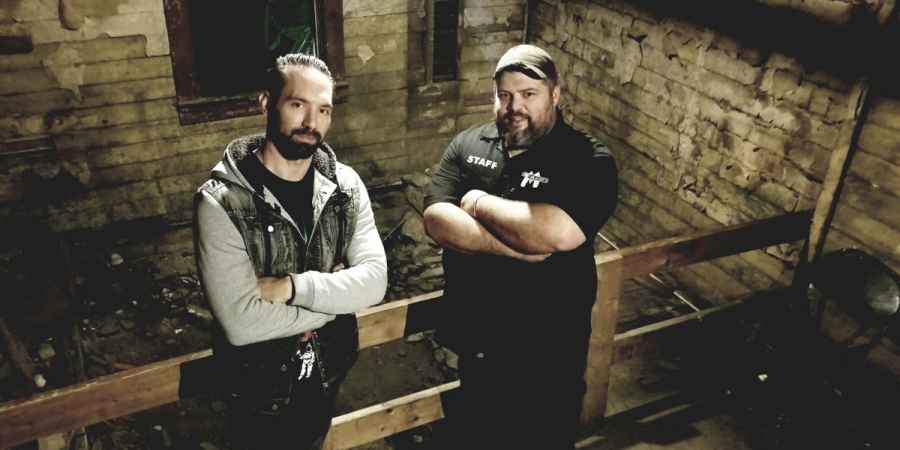 In the season one finale of Nick Groff's 'Death Walker', the US paranormal investigator revisits two iconic haunted locations that changed his outlook on the paranormal, Bobby Mackey's Music World and the Washoe Club.
The five-part series set out to challenge the paranormal status quo by comparing the paranormal activity at two different locations per episode in order to test theories about hauntings. So far in the series, Nick has questioned whether renovation work stirs up the spirits in a building, whether the nature of time might be skewing our perception of ghosts, and examined stone tape theory.
In episode five, Nick seems to have moved away from the premise of the series and rather than comparing the two haunted locations to one another, he's going to be comparing the paranormal activity he experiences on these visits to what he encountered the first time he investigated them.
Nick said at the start of the episode, "I personally feel drawn to Bobby Mackey's Music World in Wilder, Kentucky and the Washoe Club in Virginia City, Nevada, as if I have been to them both in another lifetime." He went on to say, "by conducting another investigation at this point in my journey I will be able to better observe how these locations have changed, but also see if they still effect me in a physical or psychological way." 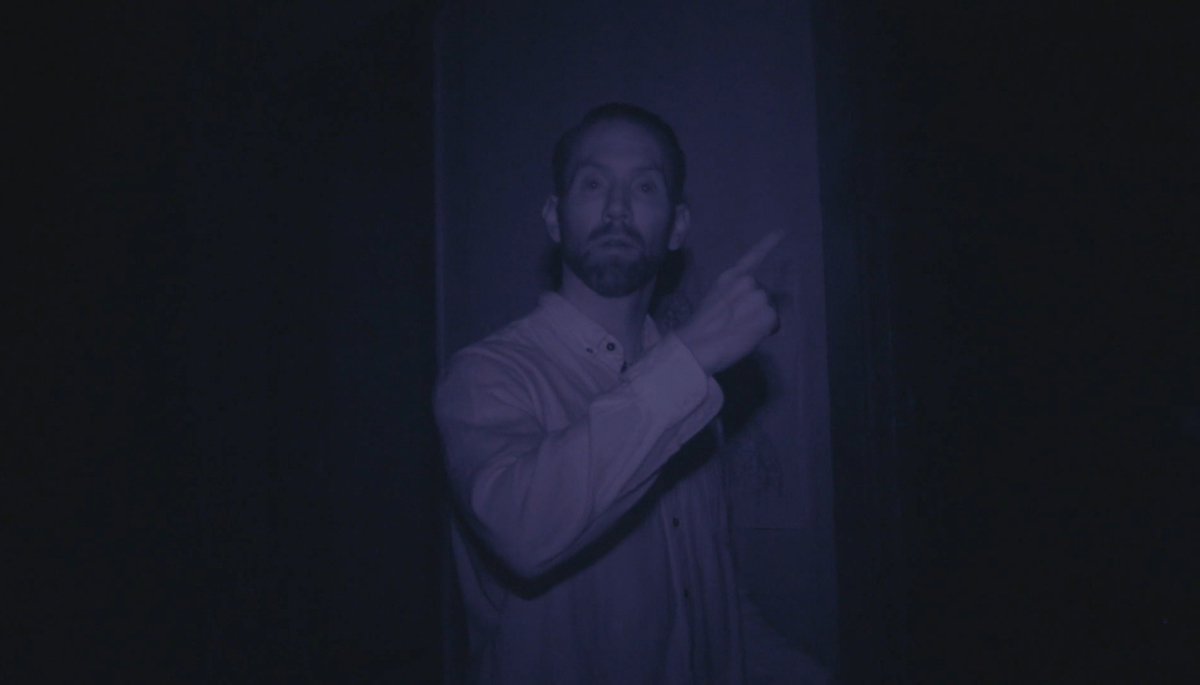 In the past Nick had vowed never to return to Bobby Mackey's Music World, but in this episode Nick told the owner of this iconic haunted venue why he came back, "I wanted to face my own fears. Whatever I experienced back in years prior, I felt like I was immature, I didn't understand what was happening."
Nick tells us that over the years since his first investigation, he has gathered factual information regarding the backstory of Bobby Mackey's Music World and the urban legend of Pearl Bryan. He says, "in 1896, 22-year-old Pearl Bryan's body was found decapitated near a road 2.5 miles from the Mackey's music club." According to Nick, Pearl was five months pregnant at the time and been brutally murdered by her boyfriend after he performed a botched abortion on her.
The area is also known for illegal lynchings and executions, and the collapse of a bridge which took 40 lives, there's even a slaughter house near to the music club. The club itself sits on the site of a former distillery, which had subterranean tunnels connecting it to the nearby river, one of these tunnels is now known as "Hell's Gate". It also has mob links with stories of murders and shootings.
During his investigation, Nick heard disembodied footsteps coming from upstairs, despite the fact no one was up there. Later these sounds seemed to get closer to him and he even heard a growl.
Nick used an app at one point which is pre-loaded with phonetics, the sounds that make up words. It spews out these sounds randomly. The idea is that spirits can affect the random nature of the app and use the sounds to form words in order to communicate. 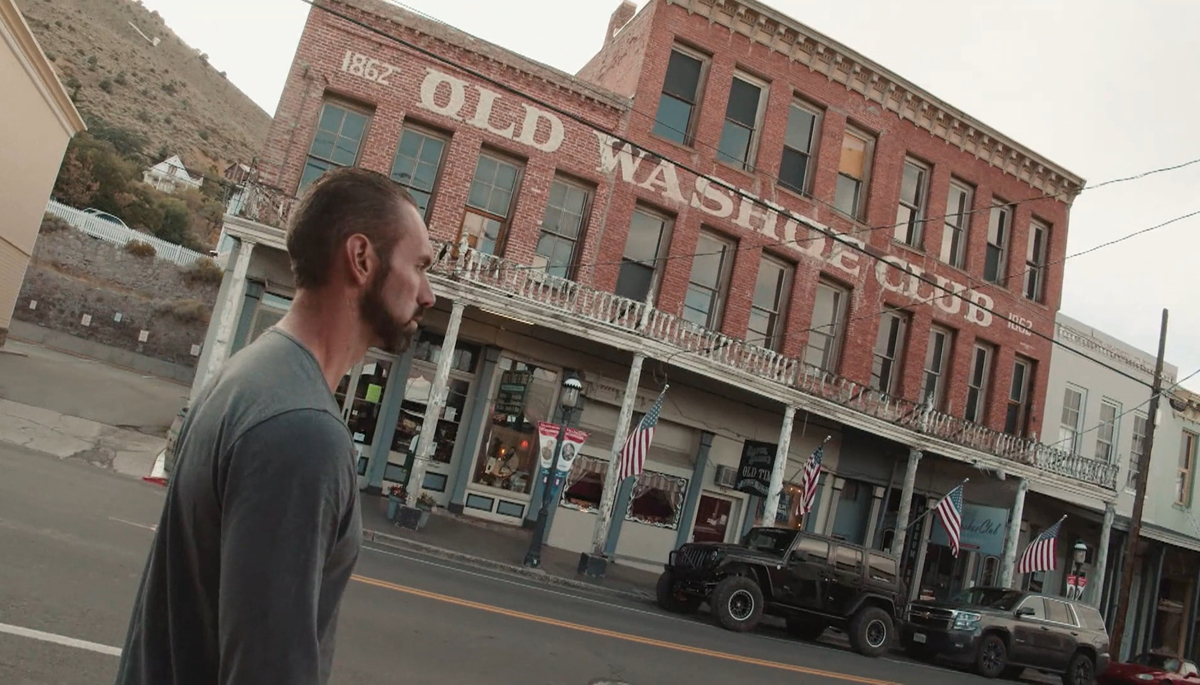 The Washoe Club opened in Virginia City just four months before the great fire of 1875 destroyed the building and most of the town. The club we see today was built on the same site in 1876. The building has a grim past of storing the bodies of the men killed in the silver mines nearby, an area called the crypt served as a temporary mortuary.
As part of his investigation of the former millionaire men's club Nick said, "I'm going to conduct an experiment which will require other people to be present. Together we'll attempt to use our concentrated thoughts and emotions to see if a thought-form entity will arise and communicate with us."
It's not too clear what a thought-form entity is, no clear definition exists online. Perhaps it's similar to a tulpa, a supernatural being that is created through mental powers or a collective belief. It's also a little unclear how performing this experiment will help Nick compare the paranormal activity to that of his previous investigation here. If his plan to actively will a paranormal entity into being works, then he'll have purposefully increased the activity himself, which means it's no longer a fair comparison.
To look for signs of this thought-form entity he used a GeoPort, a device monitors vibrations, radio waves and electromagnetic frequencies. It's thought that spirits can manipulate or use the device's sensors to relay intelligent responses in the form of words or phrases. Nick heard what he thought were a few garbled voices through the device but it was unclear whether this was a direct result of his thought experiment or not.

When Nick set out his mission at the start of the episode, he told us that he was going to be conducting another investigation at the two locations so he could "observe how these locations have changed." The two investigations involved two very interesting locations, but they were very quiet and the little evidence Nick did get didn't help him come to any conclusion.
When judging the episode, we really have to do so based on the aim that Nick set out at the beginning, but in doing so we must conclude that Nick failed to even attempt to draw any comparison between these and his past investigations, which in turn meant he was unable to come to any kind of conclusion.
At one point Nick talking about his first visits to the locations, Nick said, "after conducting numerous investigations at the Washoe Club, like Bobby Mackey's Music World, I still do not have a definitive answer as to who or what tried to communicate with me from the other side," but unfortunately he wasn't able to gain an further insight in this episode.
He did hear voices through his ghost hunting app, but it was just things like "he's here", "out there", "two of them", and "he is near us," so it really did nothing to answer any of the questions Nick was seeking.
At the end of the episode, all Nick says to sum up the investigations was, "I came back to look at how people over time change a location. The truth is, it's never really changed." He then gets a bit deep and says it's not the location that's changed, but him. He ends the series with the words, "I was hoping to get some answers, but I leave now with more questions."
This episode of 'Death Walker With Nick Groff' marks the end of the first season. If you've missed any of the episodes you can watch them on demand on Discovery+.