This article is more than three years old and was last updated in July 2020. 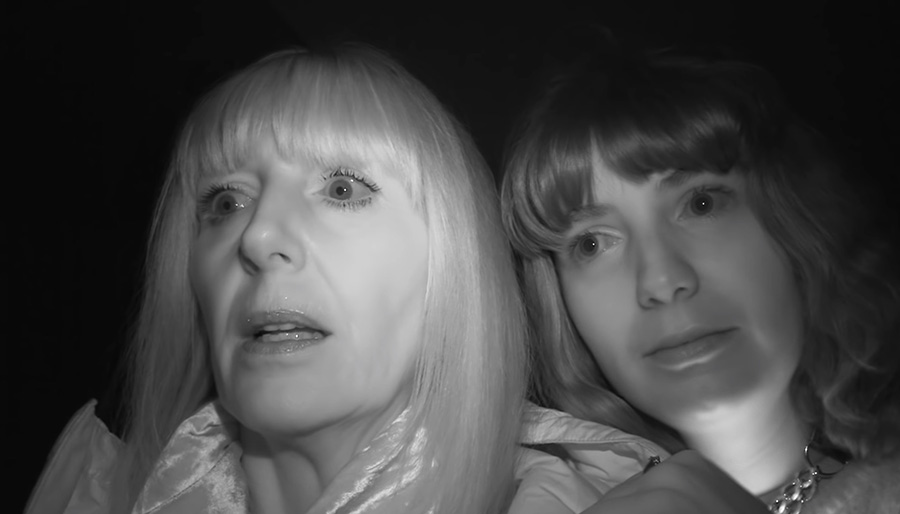 As her name alludes to, Mary Beattie is the daughter of Yvette Fielding and Karl Beattie. She first appeared as part of the team in the early-2019 series of Most Haunted during an "as-live" investigation of Eden Camp in Malton, North Yorkshire.
Yvette introduced the team youngest investigator by telling viewers that Mary is "representing our younger teenaged fanbase". Despite being young and only appearing in two episodes of the series, Mary proved herself to be a confident and balanced investigator, and was very popular with fans of the show.
Mary returned for an investigation with the team in October 2019, when Yvette and the team hosted a live investigation from the abandoned and very creepy Accrington Police Station & Courts, which was streamed on YouTube on the night of Halloween.
Later in the year, Mary teamed up with Yvette and embarked on a mini investigation of the stunning Capesthorne Hall, Macclesfield, a large manor house in the Cheshire countryside, which never fails to deliver paranormal activity.
The mother-and-daughter ghost hunting team focus their effort on an upper-floor apartment, which is no longer used. Guests to this area of the house have reported a strange atmosphere and have reported unexplained knocking noises and dark shadows. Mary also appeared in a 'Most Haunted Extra' episode at the same location and has also embarked on other as yet unaired investigations with the team.
In 2020, during the global coronavirus lockdown, Mary used her time stuck at home to learn about the ancient practice of witchcraft and launched a series of nine videos called 'Witchcraft Wednesday' that documented her exploration and shared tips and spells with viewers.

WATCH: YouTube
14 Nov 2019
Yvette Fielding and the Most Haunted team return to Capesthorne Hall in Cheshire for an 'extra' investigation exclusively for their YouTube channel.

WATCH: YouTube
29 Oct 2020 • Review
Watch the second part of Yvette Fielding and the team's mammoth investigation of a historic hall, where the paranormal activity includes the disembodied sounds of children laughing and crying and the apparition of a white lady gliding across the ancient hallways, as well as doors opening and closing on their own and loud unexplained noises heard in the dad of night.


For reviews of all of the new episodes, plus highlights and evidence from the shows, and to find out when Most Haunted is on next, visit the Most Haunted episode guide.