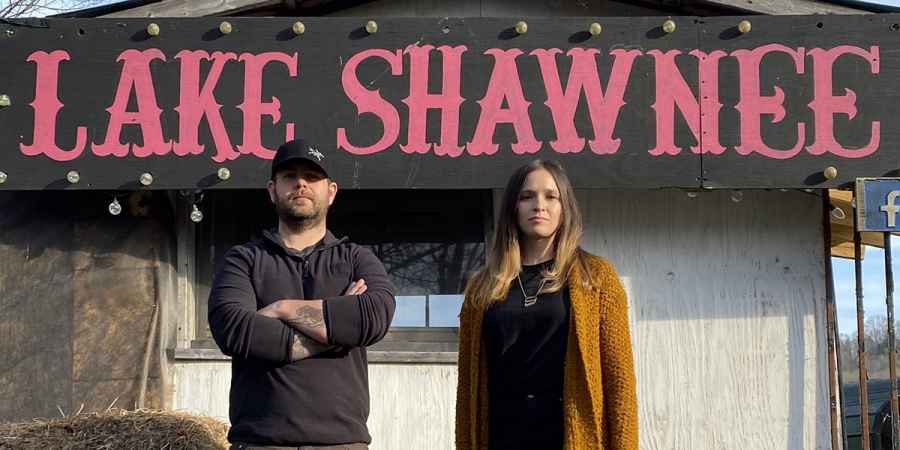 In this week's 'Portals To Hell' Jack Osbourne is on the hunt for proof of paranormal activity at the infamous Lake Shawnee Amusement Park in Princetown, West Virginia, but he's not joined by his usual co-investigator Katrina Weidman. For this vigil Jack has teamed up with guest investigator Heather Taddy.
According to Jack, the abandoned amusement park is considered one of the scariest places in America, with reports of a seven-foot-tall shadow man and the spirit of a little girl. Heather said, "this is certainly a very dark and twisted case you're putting me on."
The theme park open in the 1926, but it's said to have closed in the 1960s after the death of six children at the attraction. After briefly re-opening in the 80s, the land was sold to developers, but when they started construction on the site they unearthed a Native American burial ground. Heather tells us that, "there's probably still like around 3,000 bodies still under the land."
Jack said, "between the burial ground and the amusement park, this location really does have a wild history. I mean it's right for a 'Portals To Hell' investigation."
Chris White, the owner of the site since 1985 told Jack and Heather, "if you're going to come in here and start yelling at the kids and tell them to show their self that they're here, they're not going to show their self just like a living child, but if you approach it with kindness, you might just be lucky enough to see something happen."
The duo are joined by Native American spiritualist and historian, Miguel Sague. He tells the investigators, "you can actually sense the energy, the vibration of feeling the presence of the spirits here going all the way back thousands of years."
The land was once home to Mitchell Clay, his wife and 16 children. One day Native Americans massacred several of the children, who are also buried on the land to this day. Miguel explained, "the family was part of a wave of settlers that were actually the aggressors - clearing lots of the forest, building farms where indigenous people considered this area theirs. If they saw an Indian going past in the forest, they would just automatically grab a rifle and shoot."
He added, "when you have that kind of interaction, that kind of animosity, you're gonna see a reaction, and what happened here with the Clay family, that was part of the reaction." Miguel says that he has "absolutely no doubt" that many of the accidents and deaths that occurred in the amusement park were the result of the negativity that still persists to this day.
After taking part in a reconciliation ritual for the indigenous tribe led by chants from Miguel, Jack and Heather met up with psychic medium, Michelle Belanger.
During her psychic sweep she correctly picked up on the land's link to Native Americans and the fact there are bodies buried there. She also showed an awareness of the Clay family tragedy and the accidents in the amusement park. Although impressive to provide this information while blindfolded and unaware where she is, at this point in the show this isn't new information so the whole five-minute sweep added very little to the episode.
With such a grim history of murder and accidental death, it's no surprise that this location has such a haunted reputation. 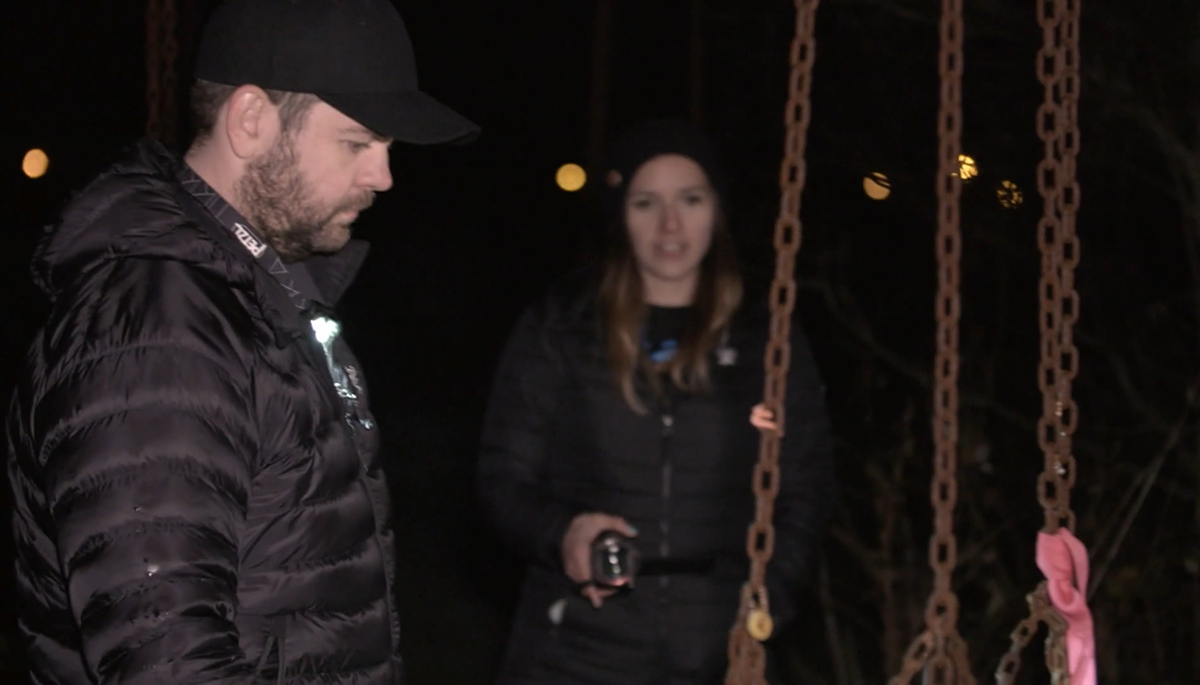 As night fell on day two, the duo had set up static cameras all around the park and were ready to embarked on their investigation.
They started off at the old swing ride, where a little girl died when a reversing truck hit the ride. Jack placed a REM-Pod on the swing with the pink ribbon tied around it, which indicated it was the seat on the ride that the girl was sat in during the collision.
A REM-Pod is a ghost hunting device that senses changes in electrostatic and beeps if anything gets close to it. As soon as he switched it on a green light started flashing erratically as it beeped madly. Heather asked out to the spirits, "are you messing with our device?"
Jack said it was interesting that the REM-Pod was "going crazy and wouldn't stop." Heather asked, "what's making it do that? Realistically what?" Jack said he didn't know and put it on the ground to see if that would make a difference, but the device behaved in the same way.
A member of the show's crew can then be heard behind the camera asking if the REM-Pod has a fresh battery in it, he is right to ask this question as this is almost certainly the cause of the flashing light. The device's instruction manual clearly states that "when a battery needs to be changed, the REM-Pod green LED will start to fluctuate randomly." This is almost certainly a case of a duff battery rather than a ghostly encounter, although who's to say the spirits didn't drain the battery?
This is confirmed when a second REM-Pod was brought in and the device remained silent, however the original one continued to behave erratically. That was until moments later when Jack told the spirits that he'd leave a toys in the form of a slinky and balloon for them to play with if they could make the second REM-Pod react, and all of a sudden it lit up.
Heather said afterwards, "I think we were connecting with the spirit of the little girl who died on the swings. Maybe she really connected with Jack and I."
As the crew moved on to their next location they thought they saw a human form silhouetted amongst the bushes by a passing car's head lights. This could have just been the bushes themselves appearing to look like a human shape, unfortunately the crew or investigators didn't make any attempt to validate or debunk the sighting.
Jack and Heather then moved on to a field where the unmarked Native American graves lie. Once again the REM-Pod beeped a couple of times accompanied by the green light flashing randomly.
Heather left Jack on the burial ground alone. He said, "it's definitely a different vibe here when you're all alone." Jack felt a little uneasy, but didn't experience anything odd or paranormal during his time there alone.
Meanwhile, Heather headed back to the swing ride to attempt to make contact with the spirit of the little girl again. This time she was armed with cotton candy and the second REM-Pod, which failed to trigger during her time there, until the moment she went to walk away - could this have been in response to her leaving?
After the investigation the duo caught up with Katrina via a video call. Jack told her, "I do think there are things here, I just don't think it's anything demonic or evil." Katrina said, "I don't think a place has to be demonic or in your face to be the most terrifying place in America. I think sometimes the most terrifying places are the ones that are so stained with tragic history and you feel that."
Portals To Hell continues next week on Really as part of the channel's #Freakend event, bringing viewers three nights of paranormal entertainment every Thursday, Friday and Saturday.
You can watch in the United Kingdom and Ireland as part of the Discovery family of channels. You can watch Really on Freeview (17), Sky (142), Virgin Media (129) and Freesat (160), plus YouView, BT TV and TalkTalk TV. Or watch previous episodes on demand on Discovery+.