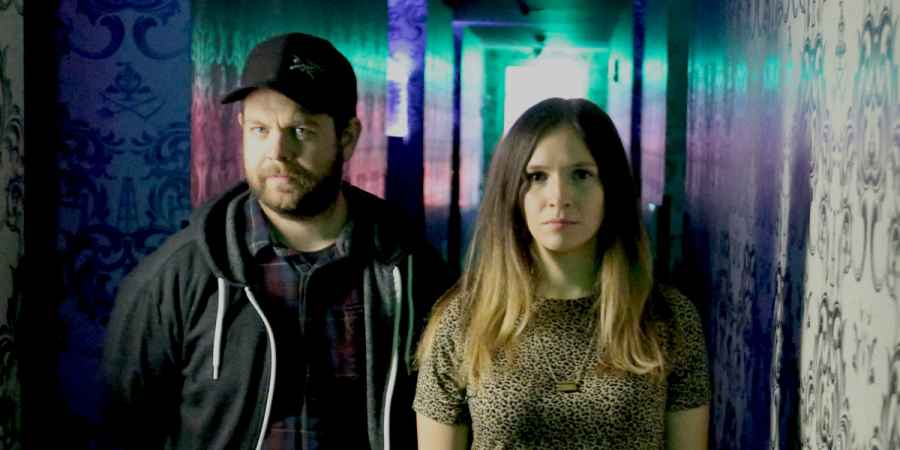 In the season finale of 'Portals To Hell', Jack Osbourne heads to California for a stay at the five-star Padre Hotel, where it's said not all of the hotel's guests are living. The Prohibition-era inn has never been investigated for television before, but has a dark history.
Due to the ongoing pandemic, show regular Katrina Weidman was unable to attend the investigation, so Jack was joined by guest investigator Heather Taddy. However, Katrina did pop up throughout the episode several times to give her thoughts and guidance via video calls.
Situated in Bakersfield, California, the beautiful but allegedly haunted hotel was built in 1928 during a boom in the town, and was the place to be seen. It survived an earthquake in the 1950s and a fire. It also went through periods of being closed and condemned, but today it's a working hotel again.
In the first of her video call check ins, Katrina tells Jack and Heather, "the amount of people that have come in and out of those doors, the amount of tragedy that has happened within those walls - I mean, it's so much." So much in fact that staff members don't go to certain floors alone, according to Jack.
Jack's first impressions of the hotel upon arriving was that it reminded him of another famous haunted hotel, albeit from the world of fiction. He said, "it actually does remind me of 'The Shining' hotel, it has the same kind of vibe. Its got a crazy history. A lot of tragedy has happened here."
After hearing from the hotel staff about their experiences, which include seeing apparitions stalking the hallways, spooky antics in the restroom, and even a ghostly handprint on a wooden panel that can't be removed, Jack said, "it seems to me that mostly people are encountering residual kind of hauntings from handprints to apparitions. I don't know, it does have some pretty crazy dark hauntings."
Heather said, "in a place like this, it's the best way to have experiences, and it's always a thrill for me to do things like this. Maybe I'm crazy or something, but I mean I want to have experiences, I want things to happen that challenge me and kind of change my views, so I'm preparing myself for that."
After their initial tour of the hotel, Jack and Heather spent the night in two of the hotel's most haunted rooms. Jack said he woke several times in the night due to hearing what he described as "odd noises," but Heather had a peaceful night in her haunted room. 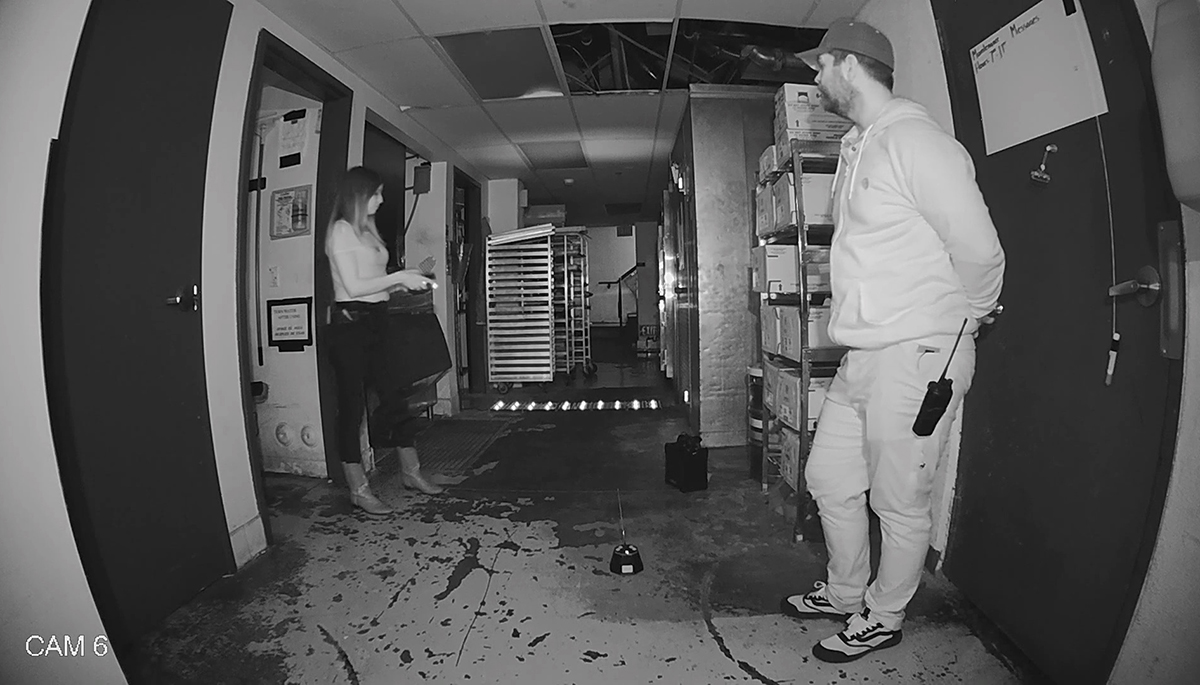 The next evening Jack and Heather started with a psychic sweep conducted with medium, Sarah Lemos. The psychic sweep had more purpose than usual in this episode because very little of the building's history is documented. Sarah was able to pick up on some of the building's forgotten tragedies, including death and suicide. Although, she did also tell us about much of the phenomenon we'd already heard about from the manager and other staff members, which was a bit of a waste of time as it didn't add anything new.
With the psychic sweep complete, Jack and Heather started their investigation in the basement. In the restrooms on this level of the building, guests have been bothered by sinks turning on and off on their own and the locks of stall's doors have been tinkered with.
The duo begin investigating in a kitchen area, which is said to be haunted by a male presence. One of the hotel's cooks, Andres Santos, has seen the ghostly figure of a man in a white coat walking through the hallways here.
They are using a device called a REM-Pod, which senses changes in electrostatic and beeps and lights up if anything gets close to it. Early in the vigil the device flashed its lights once, although the activity didn't seem to be responsive or intelligent.
Moments later their vigil was interrupted when some curtains dividing two of the rooms started violently moving despite there being no obvious cause for the movement, based on this interesting incident, Jack decided that the best course of action was to return to the base room. Here they checked out the screen which showed the static cameras they had placed all around the hotel.
To their surprise a REM-Pod was seen flashing wildly on the camera in Heather's room - room 704. It's here that guests have reported feeling like they're being watched and have seen something stood at the foot of the bed - roughly where the device was placed. There was no obvious cause for the REM-Pod triggering and the activity seemed to stop moments after Heather entered the room.
Another camera on the screen had revealed a laser grid in a hallway on the 8th floor moving on its own, so Jack had gone to investigate that. He found that the laser pen had simply come loose from the tripod it was attached to, although its movement was a little odd.
A little while later on the 6th floor, Jack heard several loud bangs coming from the empty floor above him. He went up to investigate, but as expected found there was no one on the floor and no obvious cause for the sound.
After Jack had return to the base room, Heather went to the basement. Jack told her he was watching on the static cameras and said, "remember, you're not alone out there even though you might feel like it," but she wasn't alone. She was with a producer manning the camera.
Pretty soon they heard a loud bang coming from somewhere in the darkness, but the area proved to be quiet after that so they went up to Heather's room on floor seven, where she tried to get a response through the REM-Pod again. The device did start flashing and beeping, seemingly in response to her questions, but unfortunately it was unable to answer intelligently via this device as there's no way of indicating yes or no.
After this, Jack called an end to the investigation in preparation for feeding back their findings to the hotel manager the next day. Jack said, "I kind of feel she's not going to be disappointed."
This episode of 'Portals To Hell' marks an end to the current season, but Really's #Freakend continues next week, bringing viewers three nights of paranormal entertainment every Thursday, Friday and Saturday.
You can watch in the United Kingdom and Ireland as part of the Discovery family of channels. You can watch Really on Freeview (17), Sky (142), Virgin Media (129) and Freesat (160), plus YouView, BT TV and TalkTalk TV. Or watch previous episodes on demand on Discovery+.