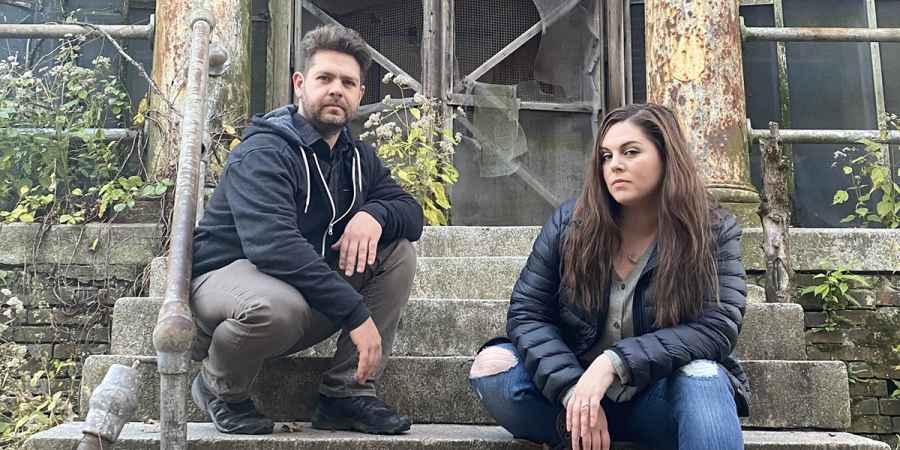 Jack Osbourne and Katrina Weidman take 'Portals To Hell' to Katrina's home state of Pennsylvania where they investigate the haunting of the abandoned Pennhurst Asylum.
Katrina calls the location, that she's investigated several times, "one of the most iconic locations in paranormal research," she adds "it makes sense to bring Jack to my neck of the woods and experience it for himself."
The atrocious conditions patients were kept in at the asylum is said to have resulted in a reform of mental health care in the United States. Countless paranormal teams have investigated the location over the years.
Although a regular at the asylum, Katrina says, "every time you come it's different. I've been here quite a few times and I don't think I could really compare any of them, because it's like walking into a different place each time you're here."
As they arrived on the vast site, Katrina's excitement was clear to see, while Jack described the "mini town" as terrifying. He said, "it's so crazy, it's just like the weird apocalyptic vibe over here." 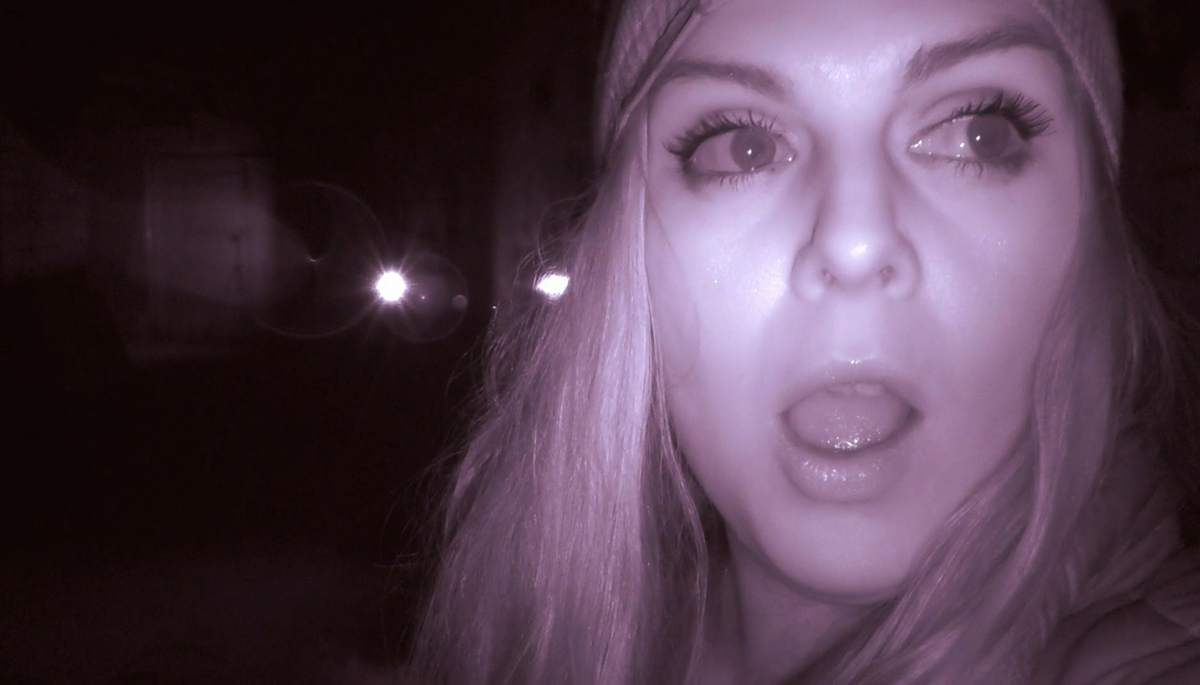 Due to the vast scale of the location the duo have asked for the help of guest investigator, Heather Taddy , to help out. Heather appeared as a stand in for Katrina in an episode earlier in the season. Heather will man the tech room while Jack and Katrina are out investigating, it's her job to keep an eye on the static cameras placed around the location.
But despite being at such a large location and requiring the help of Heather, there's actually only around 10 minutes of investigation in this episode. Most of the time is spent touring the building with the property manager, Jim Werner, to get a feel for all of the paranormal hotspots, then conducting interviews with witnesses, and finally carrying out a psychic sweep with medium Michelle Belanger.
They eventually split up and start their investigation. Jack heads to Devon Hall, the biggest building on the site, where he goes to the old school rooms in the basement. Jack learnt on the tour that it is here that a summoning circle made with ash was drawn on the ground for use in some kind of occult ritual while the building has been abandoned.
Jack was using a REM-Pod, a device that senses changes in electrostatic and beeps if anything gets close to it. The light did flash for him indicating that something was effecting the device.
Meanwhile, Katrina went to the Rockwell Tunnel, a part of the complex that has recently been re-opened to ghost hunters. Here a highly aggressive entity named Skippy is said to haunt. It's claimed he hates women and has been blamed for biting and hair pulling.
Katrina heard some unexplained shuffling, a bang, and saw what she described as "some sort of light anomaly," nothing particularly aggressive or even very active. So, before long she rejoined Jack who was already done in Devon Hall.
Together they went to the third floor of the Mayflower Building, which is supposed to be one of the most active areas of the asylum. They were using a GeoPort, a ghost hunting device that monitors vibrations, radio waves and electromagnetic frequencies. It's thought that spirits can manipulate or use the device's sensors to relay intelligent responses in the form of words or phrases. A few ambiguous sounds came through, which they thought sounded like words but the didn't have any connection to the questions they were asking.
They then moved into a part of the basement called King's area, where an entity known as "King" is said to haunt. Straight away they heard a strange noise. A little later Katrina was able to encourage some very responsive knocking in the form of two distinct knocks on demand.
Moments later Katrina thought she saw a dark shape move past a distant light, Jack said he was looking the same direction but nothing caught his eye.
During the investigation, Jack had left a REM-Pod in Devon Hall and at one point it was intermittently flashing, so Heather went to check it out and was surprised to find the activity continued even when she was there. At times it seemed to respond to her.
With that, the very brief investigation of Pennhurst Asylum came to an end. Jack summed up by saying, "this place is big. Realistically you could have spent a night investigating each of the locations we were in." Perhaps this wasn't possible due to the restraints of filming during the pandemic, because the team seemingly had very little time in the location.
Portals To Hell continues next week on Really as part of the channel's #Freakend event, bringing viewers three nights of paranormal entertainment every Thursday, Friday and Saturday.
You can watch in the United Kingdom and Ireland as part of the Discovery family of channels. You can watch Really on Freeview (17), Sky (142), Virgin Media (129) and Freesat (160), plus YouView, BT TV and TalkTalk TV. Or watch previous episodes on demand on Discovery+.