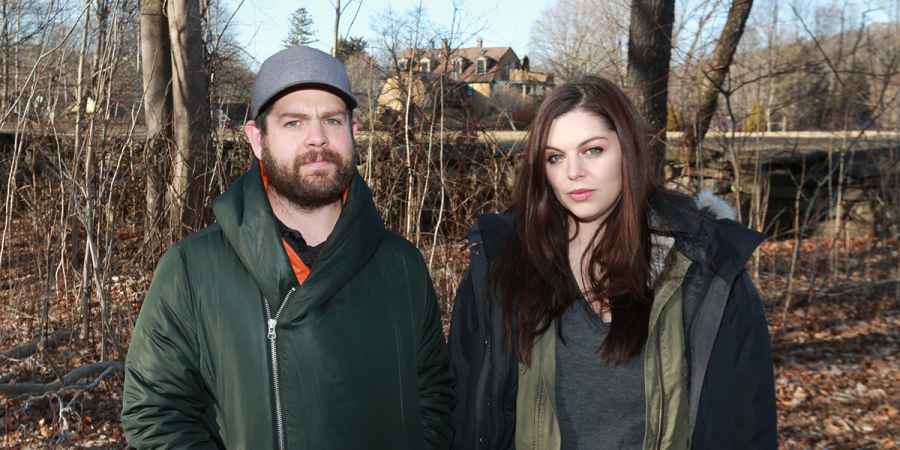 In this episode of 'Portals To Hell' Jack Osbourne and Katrina Weidman head to the historic village of Poquetanuck in Connecticut to investigate Captain Grant's Inn, which is said to be one of the most haunted inns in the whole state.
The house was originally built in 1754 and was later bought by Captain William Grant in 1810 for his family. Captain Grant died at sea, but his family and their descendants stayed in the house for several generations until it was bought and converted into a bed and breakfast in 1994.
Since then guests have reported being touched in the night as they sleep, seen objects move, and heard disembodied voices and phantom footsteps. Upon arriving at the ominous looking house, Jack said, "this location definitely has a bit of a horror movie vibe to it." The house even has its own cemetery in the back yard - one of the oldest in the town.
Carol Matsumoto, the owner of the B&B believes that the inn and her home next door, the Avery House, are haunted by no less than 300 human spirits. One of these spirits, a particularly negative one, once possessed her. She's tried exorcising the building herself, which worked for over a decade, but in 2009 she believes she was possessed by a spirit for a second time and the activity resumed. Carol believes she can communicate with the spirits using dowsing rods and crystals.
The duos' biggest clue about the properties hauntings came from a meeting with local paranormal historian named Courtney Reardon. She feels that the house is haunted and has even experienced things there herself, but she's unable to tie those experiences in with any of the known history of the house.
Courtney was also a little unsure of Carol's credibility as a witness. She said, "I do think that Carol is a genuine person and she's sharing what she's honestly experienced, I'm not sure if her experiences are fact based or if she's become so immersed in this haunting that she's willed it to be."
Katrina raised the questions, "so what does that tell us? Are these just not historical hauntings? Or is there something separate from what we know of happening here, and does that have to do with Carol?"
She added, "my main question is, why does Carol seem to have these experiences? Is that explainable, or is that something much more sinister?" Jack and Katrina prepare to embark on their investigation to find out. 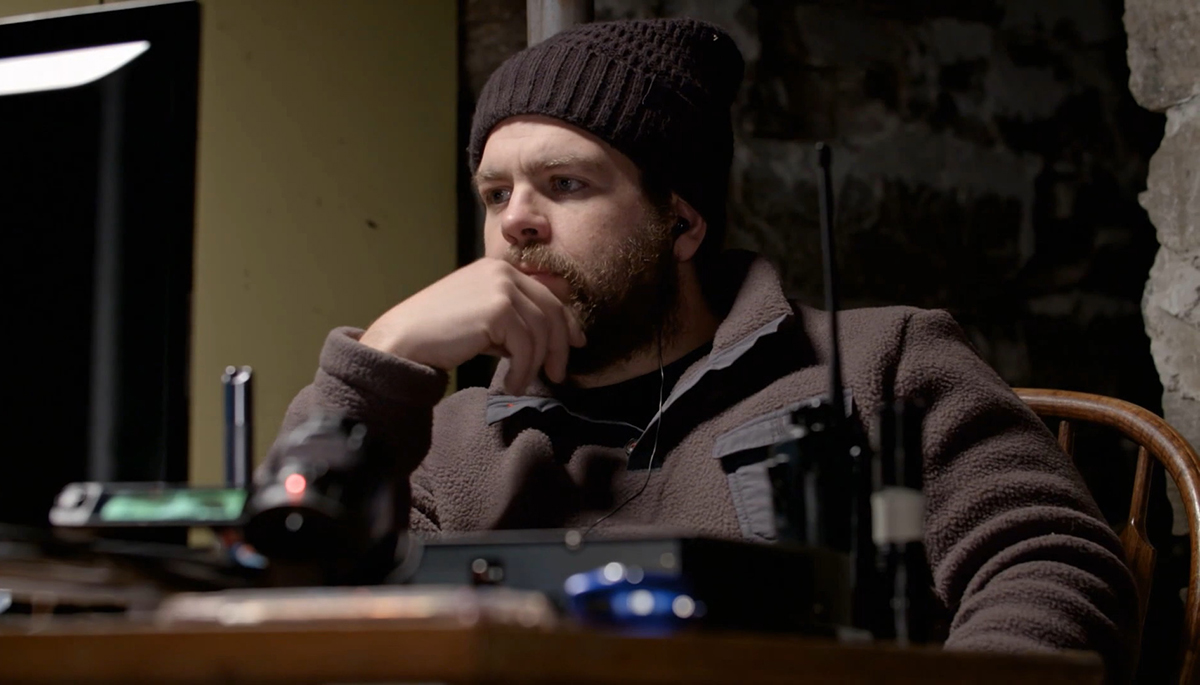 Jack and Katrina start their investigation by splitting up. Katrina starts out in the neighbouring Avery house, Carol's home. Katrina was using a Geoport, a ghost hunting device that monitors vibrations, radio waves and electromagnetic frequencies. It's thought that intelligent spirits can manipulate or use the device's sensors to relay intelligent responses in the form of words or phrases. A few ambiguous sounds came through, but Katrina failed to gather any meaningful responses.
Meanwhile, Jack is in the Adelaide Room of the main inn. This room is named after Grant's wife and is said to be the most haunted room in the inn. The apparition of a woman and two children have reportedly been seen here, and the haunting causes electrical devices in the room to misbehave. This was confirmed by medium, Sarah Lemos, during her psychic sweep earlier with Jack and Katrina.
The room proved quiet for Jack. He said, "the room I'm in is allegedly the most active and I have not seen a single thing that would let me know you are here."
Jack and Katrina think that the key to stirring up activity in the building is Carol. Jack said, "the energies here, I just think that it needs something to direct itself towards and I think that because Carol is so familiar to this building and to Avery house, she's going to be like the ember to light the fire."
They sit Carol in a room, blindfolded with headphones - essentially depriving her of her senses. She's been instructed to say whatever comes into her mind in the hopes that the spirits may be able to communicate with her.
It's an odd approach considering they're trying to establish whether the property really is haunted, or if Carol is simply willing the haunting into being. Since they know the haunting happens when she is there, now would be the perfect time to try to replicate those claims without her being there, in order to answer Katrina's main question.
Carol said a few phrases starting with "you're here", "who are you?" and "touch me". Jack said, "I think she's channeling both entities and they're almost like having a conversation through her." Carol could be channeling spirits, but since they'd told her to say whatever comes into her mind, you can't rule out that it could just be random phrases and should be judged as very subjective evidence.
This experiment made up the bulk of Jack and Katrina's investigation. At some times it seemed as if what Carol was saying was in direct response to what Katrina was calling out in the building, but it was mostly just phrases like "yes," "no," "it's you" and "later" - so no real meaningful information was relayed or gained.
For example at one point Katrina asks, "are you buried behind the house?" and Carol says in response, "very close," which sort of fits but it would be an odd way to answer that question. Katrina continues, "are you buried in the old cemetery or the new cemetery?" Carol's answer, "I'm here". So the second response being unrelated detracts credibility from the first vaguely related response.
In the final few minutes of the investigation Jack and Katrina head out to the cemetery. Guests of the inn have reported hearing growls and seeing black shadows here. Jack and Katrina were using their trusty GeoPort again, until they heard a loud uncharacteristic cracking sound coming through the device's speaker. Beyond this, the box failed to deliver any evidence, but Katrina did report feeling uneasy while investigating there in the dark.
After this the investigation came to an end and the pair address Katrina's questions about the property and the historian Courtney's doubts about Carol.
The house proved to be very quiet and inactive for Jack and Katrina, other than the cracking sound in the cemetery and one questionable response through the GeoPort in the Avery house. The investigators failed to obtain any evidence of a haunting of their own.
The only evidence they did obtain, albeit very subjective and questionable evidence, was through Carol when they were using her during the sensory deprivation experiment. So all this points to the fact that Carol is the unwitting cause of the haunting.
Portals To Hell continues next week on Really as part of the channel's #Freakend event, bringing viewers three nights of paranormal entertainment every Thursday, Friday and Saturday.
You can watch in the United Kingdom and Ireland as part of the Discovery family of channels. You can watch Really on Freeview (17), Sky (142), Virgin Media (129) and Freesat (160), plus YouView, BT TV and TalkTalk TV. Or watch previous episodes on demand on Discovery+.