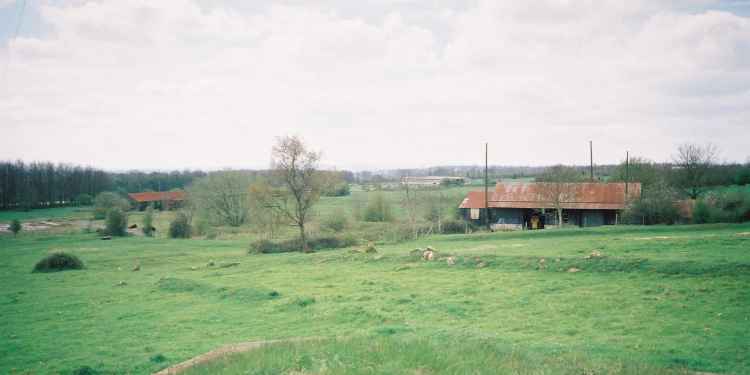 CAD is spread over four separate quarries in the Corsham area, Monkton Farleigh Quarry is in part used for secure holding by Wansdyke Security. Tunnel Quarry is still used by the MOD. Ridge Quarry has been abandoned. Eastlays Quarry is a commercial site used for wine storage.

Hidden beneath the Wiltshire countryside, in Corsham and the surrounding area was 350,000 tons of ammunition kept safe from enemy bombers in four separate storage depots.
Work started to convert four former Bath stone quarries in to bunkers in 1937. The Royal Engineers undertook the mammoth task of removing tons of loose stone. They cleared away old wooden quarry supports and replaced them with concrete pillars to form more regular storage bays.
The walls were strengthened and rendered with concrete before being whitewashed and a new flat floor was laid throughout the complex. All the main passages were fitted with conveyer belts and miles of cabling was installed to light the dark corridors with thousands of light bulbs.
The Central Ammunitions Depot consisted of Tunnel Quarry at Corsham, Eastlays Quarry at Gastard, nearby Ridge Quarry and Monkton Farleigh Quarry in the small village of Monkton Farleigh.
Once built, the caverns spread over almost one square kilometre, 30 meters below ground, hidden from the view of German bombers but close enough to transport links so that stocks could quickly be moved to the frontline.
The depot was self sufficient with its own powerhouse and air conditioning kept stocks dry and at a constant temperature.
The huge underground structure was an impressive feet and during the war, was one of the country's best kept secrets, the depot was vital to Britain's victory in Europe.
Above ground the logistics of an ammunition store of this size were also impressive. Tunnel Quarry was served by the main London to Bristol railway line and a branch line was laid in to the hillside at the Eastern end of Brunel's Box Tunnel. The branch terminates at an impressive, half mile long underground railway station.
Railway sidings were built further East along the main line to serve the Monkton Farleigh sub-depot, however the railway runs through a valley about a mile from the depot. Originally an aerial pulley system was used to move ammunition down the hill to the railway but as this was exposed and vulnerable to attack it was later replaced by a tunnel, terminating at an underground marshaling yard at the sidings near Ashley.
A conveyor belt was used to move the ammunition underground between the top of the hill and the main line. The tunnel is so shallow in some places that it can be seen from across the valley as a strip of raised grass.
Ridge Quarry in Neston was used by the War Department much earlier than the other sub-depots. When the First World War started it was requisitioned and the waste stone was cleared, the roof was strengthened in places but the conversion work wasn't as complete as the Second World War efforts across the rest of the depot.
The Ridge Quarry sub-depot was used in the Second World War as part of the CAD, electric lighting and tramways were installed and some additional works was started to bring the quarry up to the standards of the others, however this was never completed.
Eastlays Quarry has remained much the same since its time as an ammunition depot. The depot was fully transformed in the same way as Tunnel and Monkton Farleigh but unlike the other sub-depots which are now partially abandoned, Eastlays is still very much in use and protecting nation's essential supplies.
Today Eastlays Quarry is in private hands and rather than storing valuable explosives for the nation's protection, it now stores valuable liquids for the nation's enjoyment. The whole facility is now a huge bonded, underground, wine warehouse.
Other than Eastlays, much of the rest of the depot is in a state of disrepair. Monkton Farleigh spent a brief time open to the public as a museum in the 80s before, after its closure it was gutted and vandalised, parts of it are now used by a secure storage company.
Tunnel Quarry is sealed and secured by the MOD as it adjoins sensitive underground facilities which are still in active use. Ridge Quarry hasn't been used since the Second World War.