"No matter how credible you think your paranormal team is, remember that the majority of the population* just think you're wasting your time on ghost hunts. So drop the egos and just have fun."
Steve Higgins, founder of Higgypop
*YouGov: 'Ghosts exist', say 1 in 3 Brits (2014) 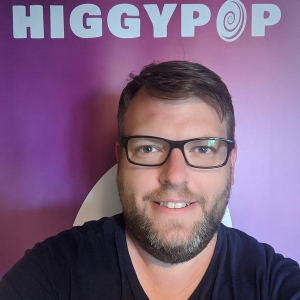 Originally from the South West of England, Steve has spent much of his professional life to date working out of London, where he was lucky enough to be able to hone his creative and online skills working with some of the biggest brands, companies and organisations in the world.

Since 2016, Steve has upped his game and has been working full time on the website, bring 500,000+ readers every month daily articles and features on the paranormal, as well as reviews of ghost hunting television shows and supernatural movies. Steve's aim is to make Higgypop the biggest paranormal news site in the world.

It's this unique perspective and respect for other people's beliefs that Steve feels makes him well suited to writing about the paranormal. He says, "I think all of this means that when I write for Higgypop, I'm not doing so a skeptic or a believer, just as an impartial observer. I can report on and understand legitimate scientific investigations presenting them to my readers in a way that is easy to understand, but I can also review a ghost hunting show on television and respect the individual beliefs of the investigators featured and how their audience might feel towards their methods."