List Of Military & Wartime Buildings Most Haunted Have Investigated In Episodes 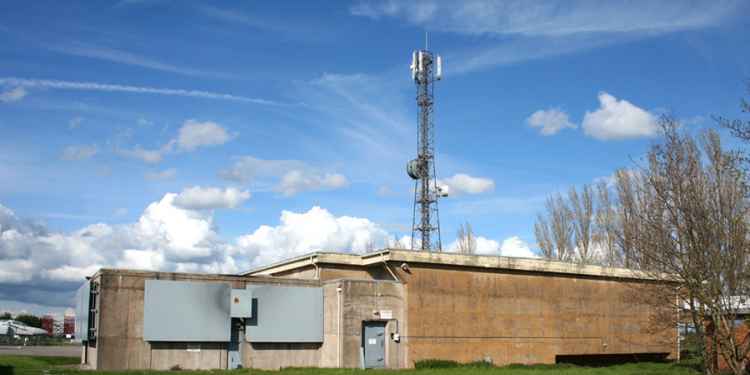 Yvette Fielding and the Most Haunted team have visited some of the UK's most paranormally active military sites and wartime buildings since they first started investigating haunted locations in 2002 as part of the television show.
The list of location relating to war and defence includes the very impressive Hack Green Nuclear Bunker in Cheshire and the similar The Kelvedon Hatch Nuclear Bunker in Essex.
The list also includes several forts dating back to various different conflicts, an abandoned underground factory built for World War II and even two warships, the RRS Discovery and the HM Frigate Unicorn.
Below is a complete list of Most Haunted episodes which were filmed at a military location of some kind. The list includes many sites which are open to the public as museums or tourist attractions.

WATCH: Amazon Prime • YouTube
07 Oct 2003 • Review
Yvette Fielding and the team visit a supposedly haunted airfield housing the wreckage of two planes which crashed after being shot down during a bombing raid in East Kirkby, Lincolnshire, during the Second World War.

WATCH: Amazon Prime • YouTube
25 Nov 2003 • Review
Yvette Fielding and the team travel to Muckleburgh military museum on the Norfolk coast, where they hold a vigil among the tanks.

04 Oct 2005
Yvette Fielding and the team visit spooky Drum Barracks in California to investigate reports of ghostly goings-on in the Civil War museum.

WATCH: Amazon Prime • YouTube
22 Aug 2006
Yvette Fielding and a team of experts visit an aircraft base in Sunderland to investigate the spirits of two military figures with different reputations.

WATCH: Amazon Prime • YouTube
12 Sep 2006
Yvette Fielding and the team visit Dundee to investigate two ships which are said to be haunted - HMS Unicorn and the RSS Discovery.

WATCH: Amazon Prime
19 Jan 2008
Investigations into the paranormal. Medium Johnnie Firori goes ghost-hunting at Coalhouse Fort in Essex, where sightings of mists and orbs of light, as well as sudden unexplained drops in temperature, have been reported. Yvette Fielding presents.

WATCH: Amazon Prime • YouTube
26 Jan 2008
Investigations into the paranormal. Medium Johnnie Firori goes ghost-hunting at Coalhouse Fort in Essex, where sightings of mists and orbs of light, as well as sudden unexplained drops in temperature, have been reported. Yvette Fielding presents.

WATCH: Amazon Prime • YouTube
22 Apr 2008
Yvette Fielding and the team explore a secret nuclear bunker in Nantwich, Cheshire, which is the subject of stories about murder and ghosts.

WATCH: Amazon Prime • YouTube
20 Jan 2009
Yvette Fielding and the team hunt for ghosts at Fort Delaware, a former prison that housed thousands of inmates, and record a sample of possible Electronic Voice Phenomena.

09 Oct 2014 • Review • Location Details
Yvette Fielding leads the Most Haunted team into a network of dark and haunted underground tunnels in Kidderminster to check out reports of ghostly goings on.

25 Jun 2015 • Review
Yvette Fielding and the Most Haunted team start their two-part investigation of a fort, which dates back to 1542. In the first part the team investigate the paranormal activity that's been reported above ground.

02 Jul 2015 • Review
The team embark on the second part of their investigation of a fort, which dates back to 1542. This time in the warren of pitch black underground tunnels.