Most Haunted Episodes Filmed In Scotland 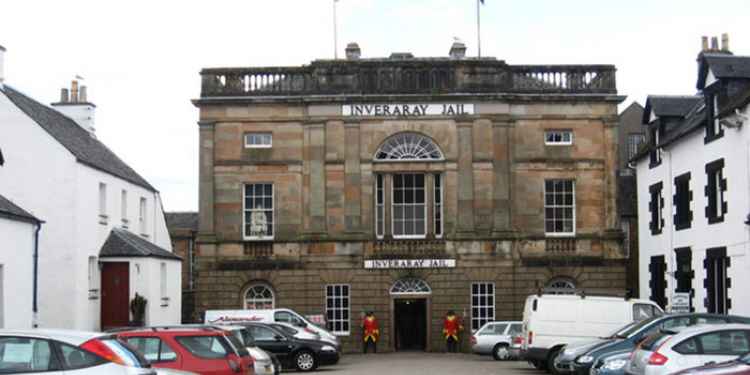 Photo: © James Denham
Since Yvette Fielding and her team of ghost hunters first appeared on our televisions in 2002, they've visited hundreds of haunted locations around the country, including a total of 11 episodes filmed in Scotland.
The team first visited Scotland in the first series, when the investigated spooky goings on at Culzean Castle in South Ayrshire.
As well as these 11 episodes, the team also came to Scotland for three nights in 2006 for a 'Most Haunted Live!' show the the infamous Edinburgh vaults. Over the three nights they held vigils in Blair Street Vaults, Niddry Street Vaults, and Mary King's Close.
Below is a complete list of every location in Scotland that the team have visited.

Most Haunted Locations In Scotland

WATCH: Amazon Prime
02 Jul 2002 • Review
Yvette Fielding and a team of experts visit the spooky Culzean Castle, South Ayrshire, to find out if it is haunted.

WATCH: Amazon Prime • YouTube
04 May 2004 • Review
Yvette Fielding and the team explore Mary King's Close, a 17th-century building in Edinburgh reported to house the spirits of victims of the plague. A child's head, a severed arm and a girl in a blue dress are among the spooky phenomena to have been spotted there.

14 Jun 2005
Yvette Fielding and a team of investigators visit Fyvie Castle in Aberdeenshire to search for things that go bump in the night.

28 Jun 2005
Yvette Fielding, Derek Acorah and a team of investigators conduct a supernatural investigation at Craigievar Castle in Aberdeenshire, which was once the site of a bitter family feud.

WATCH: Amazon Prime • YouTube
12 Sep 2006
Yvette Fielding and the team visit Dundee to investigate two ships which are said to be haunted - HMS Unicorn and the RSS Discovery.

WATCH: Amazon Prime • YouTube
16 Dec 2008
Yvette Fielding and the team return to Edinburgh to investigate the Niddry Street Vaults, where stories abound of witches, poltergeists and an evil misogynist.

WATCH: Amazon Prime • YouTube
20 Oct 2009
Yvette Fielding and the team visit Inveraray Jail in Argyll and Bute, a 19th-century courthouse and prison reputedly haunted by the lost souls of convicts, vagrants and madmen.

WATCH: Amazon Prime • YouTube
24 Nov 2009
Presenter Yvette Fielding and a team of investigators visit spooky locales in Britain and Ireland in search of paranormal activity and things that go bump in the night.

WATCH: Amazon Prime • YouTube
08 Dec 2009
Yvette Fielding and the team visit a Scottish castle with a history dating back to the 12th century, where sightings of long-dead prisoners and a ghostly princess have been reported.

WATCH: YouTube
19 Mar 2020
Karl Beattie and Stuart Torevell investigate a spectacular baptists church in Paisley, Scotland. The church is now abandoned, but some of its passed visitors seem to have stayed.