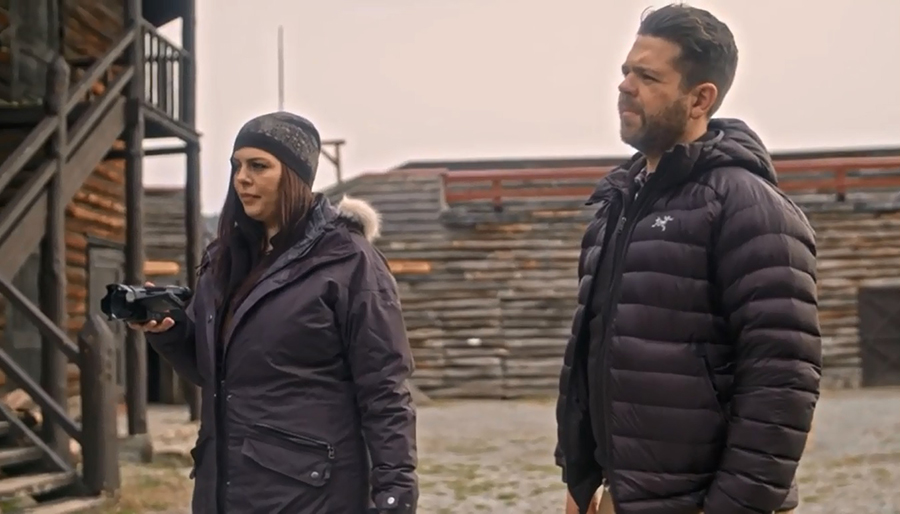 This week Jack Osbourne and Katrina Weidman head to the site of one of the bloodiest massacres in Colonial America, Fort William Henry in Lake George, New York.
Jack tells us, "Fort William Henry was built mostly because of a trade war that was going on between the French and the British, and the French had built a huge fort not far from here, so the British decided to build Fort William Henry."
During the short amount of time that the defensive structure stood, it saw a lot of tragedy. At one point in its history, the French and the native Americans attacked the fort, and after a six-day siege the British surrendered. The French let the British go, but the native Americans decided to ambush the fleeing British and went back to the fort and killed everyone there before burning it down.
Katrina tells us, "ever since then, people have been having paranormal experiences. People have been seeing soldiers, obviously is kind of the big one, and people have a lot of light anomalies that they see." Katrina wonders whether all this activity is present as a result of all the suffering that took place on the land, or whether the tragedy could have opened up a doorway allowing paranormal activity to happen.
The duo arrive at the fort, which is an exact reconstruction of the original, built on the exact same site and now open to the public. Jack says, "granted this is not the exact structure, it's built to the exact plans that were found in Britain, but I don't think necessarily it's about the structure here. I think it's about the ground it's built on." Katrina thinks the whole building could act as one huge trigger object for the spirits.
Jack and Katrina say that not many people have investigated the fort, yet when they meet the fort's tour guide, Richard Mitchell, he tells them that he runs ghost tours at night. Richard says that those on the tours have witnessed full-bodied apparitions and shadow people, and some have even had their hair pulled and been pushed - including Richard himself. Richard also explains that the staff have conducted many paranormal experiments there.
The pair then met with Franky Porcaro, a local psychic medium and a witness of the paranormal activity at the fort. She warns the investigators that they may have trouble with their electronics during their investigation and that Jack might get possessed. 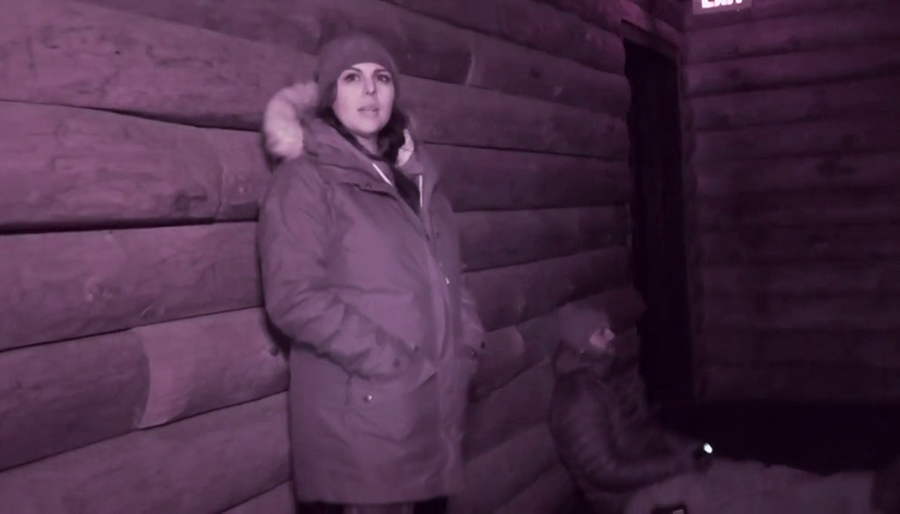 As night fell, the cameras were switched to night vision and the duo finally began their investigation, after a technical issue with one of their cameras.
They begin in the main entrance to the fort and start by using a GhostBox, a device that spews out random sounds, the phonics that make up words. Supposedly spirits can affect the random nature of this app to form words, but soon after turning the device on it started cutting out.
With the cameras and now the GhostBox, Katrina said "it's one problem after the other and maybe it goes beyond coincidence at this point, where Frankie was giving us a warning earlier today about all of our equipment dying on us."
The area has proved so active, that Katrina suggest they split up. She heads down to the casemate, but is only there for a few minutes before technical issues have her heading back to Jack in the van. This was a shame since these technical issues could be evidence of the paranormal, it would have been interesting if she stayed and investigated it further.
No sooner had she got to the van, was she running off again, this time with Jack. An automated trail camera had detected movement in the west barracks, so they were going to investigate. This part of the fort is now the attraction's main museum, but was once the heart of the fort.
Once in the museum Jack and Katrina start discussing some of the exhibits but don't actually seem to investigate the camera or check to see what it captured, which was a massive anticlimax and remains a mystery to us viewers.
They then move up to the loft barracks, where many staff have reported feeling very uneasy. In this area they conducted a vigil with an analogue audio recorder during an EVP session. The idea is to try to capture spirit voices in the recording in the form of EVPs, or electronic voice phenomenon. Rather than using a digital recorder, Jack explains why he's chosen a tape deck, "I like the analogue because it filters out less, we can possibly pick things up that a digital recorder just wouldn't be able to."
Although they didn't capture any EVPs, at one point they heard a strange sound out loud that they thought sounded like a yawn. They then grab another paranormal device called a Geoport, which randomly scans through a bank of phonetic sounds allowing entities to produce intelligent responses to their questions.
A noise came from the box which sounded like a voice saying "tonight, it's set." Although the voice was sort of clear, it didn't seem relevant like you'd expect from an intelligent response. They then heard what they thought was another voice saying "watch out." When Katrina asked "who needs to watch out?" It replied, "both of you."
Fort William Henry looks like a really interesting place and a great tourist attraction, it seems like it would make a great investigation venue too. However, the actual paranormal investigation element of this episode was lacking, in fact there was only about ten minutes of solid ghost hunting once you take out the replays and recaps, the rest was all talk and build up.
Some of the prolonged build up included the use of a psychic medium, although she correctly predicted the technical issues, these would have happened whether she predicted them or not. The foreknowledge of these events adds to her credibility, but adds nothing to the narrative of the episode, plus her prediction of Jack getting possessed was incorrect, giving her a 50/50 success rate.
The segment with the guest psychic is always the least interesting part of the show. Jack and Katrina set out to validate the claims of hauntings at the location, but by featuring a psychic on the show they're focussing only on one person's experiences and findings. Whether you believe in the abilities of psychics or not, why focus on their testimony when Jack and Katrina could simply get on with their investigation and find these things out for themselves?
Portals To Hell continues next week on Really as part of the channel's #Freakend event, bringing viewers two nights of paranormal entertainment every Thursday and Friday.
You can watch in the United Kingdom and Ireland as part of the Discovery family of channels. You can watch Really on Freeview (17), Sky (142), Virgin Media (129) and Freesat (160), plus YouView, BT TV and TalkTalk TV. Or watch previous episodes on demand on dplay.