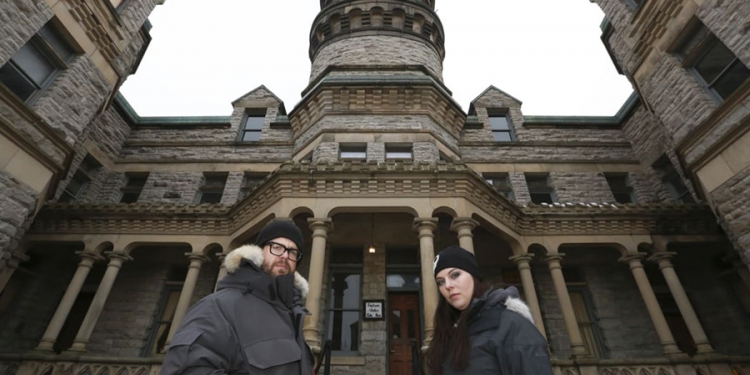 This week Jack Osbourne and Katrina Weidman are given exclusive access to investigate the paranormal hotspots at the abandoned Ohio State Reformatory in Mansfield, where they dive deep into the prison's sordid past.
Jack starts us off with an interesting fact about the building they're about to investigate, "it's actually one of the locations used in the movie 'Shawshank Redemption'." It was built in 1886 and operated as a reformatory until the 1970s when it was converted to a maximum security prison until its closure in 1990.
At its peak the prison held around 3,000 inmates and due to its grim past of misery, incarceration, violence and almost 300 confirmed deaths, it's no surprise that the prison is said to be haunted today. The activity manifests itself in the form of disembodied voices, cell doors slamming and even full apparitions. 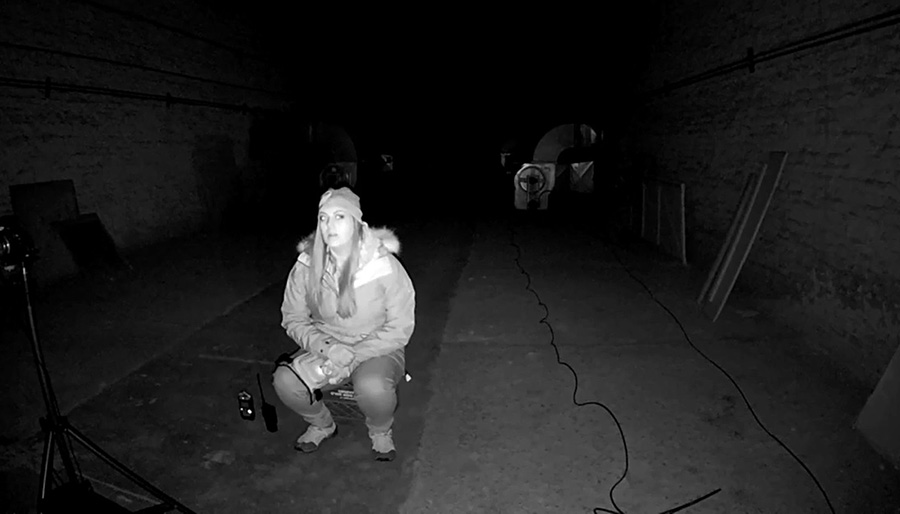 The duo's investigation started when they heard an unexplained sound coming from the third floor of the East Admin building, which was originally the living quarters for the warden and his family. In the 1950s the warden at the time's wife, named Helen, tragically died when a shotgun fell from a wardrobe and accidentally shot her through the chest.
They started by conducting a session with a spirit box, a ghost hunting gadget that rapidly scans through part of the electromagnetic spectrum - AM and FM radio frequencies. It's believed that spirits can manipulate the static and white noise in these frequency ranges to form words and sentences. They had several indistinct sounds come through which they think may have been the spirit of Helen attempting to communicate.
They then moved on to the East Cell Block where a prisoner named James Lockhart killed himself in cell 13 by setting himself alight. While investigating this area they heard the sound of a door moving, despite the wing being completely empty - but with some many doors it was impossible for them to pinpoint where the sound had come from.
After Katrina went off to hold a lone vigil in another part of the building, Jack got some seemingly intelligent responses via the REM-Pod function on his Mel Meter. The tool radiates its own electromagnetic field and if anything enters that field the device can detect it. The gadget seemed to beep in response to Jack's questions.
Meanwhile Katrina was in the West Cell Block where she heard what she thought sounded like someone breathing. She then held a lone vigil in the West Attic, where one of the prison's volunteer staff has reported being touched inappropriately.
Katrina was starting to feel uncomfortable, perhaps due to the spaces history of housing some of the most violent prisoners the facility saw after they were brought in following a fire at another prison. Things got more uncomfortable for Katrina when she suddenly heard a "loud tap."
After several minutes of trying to entice the spirits to communicate, Jack who was watching via a monitor in the base room called Katrina back just as something happened. He'd seen a strange mist on the camera feed he was watching and wanted Katrina to see it for herself. They both concluded that the incident was weird.
The investigation ended with a very nervous Jack alone in the sub-basement. An area that was the original solitary confinement area where two prisoners were said to have died during a flood. The area initially proved to be a quiet and still place, but later Jack saw what he described as "shadow movement," but moments later said his eyes were playing tricks on him.
Despite it being still and quiet, Jack became very tense, to the point where Katrina had to go down in the least dramatic rescue ever shown on television. She burst in, "Jack, are you OK?!" And he nonchalantly replied, "yeah." Adding, "it sucks down here," but admits that he did feel like something was with him.
Portals To Hell continues next week on Really as part of the channel's #Freakend event, bringing viewers three nights of paranormal entertainment every Thursday, Friday and Saturday.
You can watch in the United Kingdom and Ireland as part of the Discovery family of channels. You can watch Really on Freeview (17), Sky (142), Virgin Media (129) and Freesat (160), plus YouView, BT TV and TalkTalk TV. Or watch previous episodes on demand on dplay.