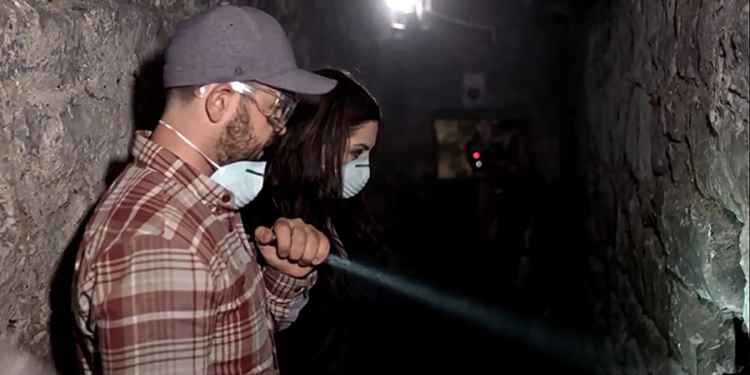 The second season of Jack Osbourne and Katrina Weidman's US ghost hunting series comes to an end this week with a two hour special. In the US the feature-length episode served as the season opener, but here in the UK the Really channel are showing it as the season finale.
The episode sees Jack and Katrina head to Paulding, Ohio, to explore an infamously haunted jail said to house multiple spirits. The duo have their work cut out as they attempt to separate rumour from truth during the historic investigation, something which takes up a good chunk of the two-hour episode.
The dramatic opening and Jack's attempt at a rousing introduction set the tone for the episode, which was a notch higher on the production scale than the others in the season.
En route to the Old Paulding Jail through rural Ohio, Jack tells us "it was built in the 1870s, and it was an operating jail until 2006." Katrina says that the property's current owner thinks that there are seven distinct spirits haunting it. Jack adds, "they have reported being scratched, pushed, hearing things, seeing things. I mean, the list goes on and on."
Complete with stories of unsolved murders, rumours of coverups, and secrets found behind walls, Old Paulding Jail is the perfect paranormal hotspot. Jack said, "Paulding Jail kind of ticks all the boxes for an awesome ghost hunt."
When they arrived at what is said to be the oldest building in Ohio, the only thing that seemed to be missing was the vast oppressive structure you'd normally expect to see with a jail. The Old Paulding Jail is actually a relatively small, but very historic building. 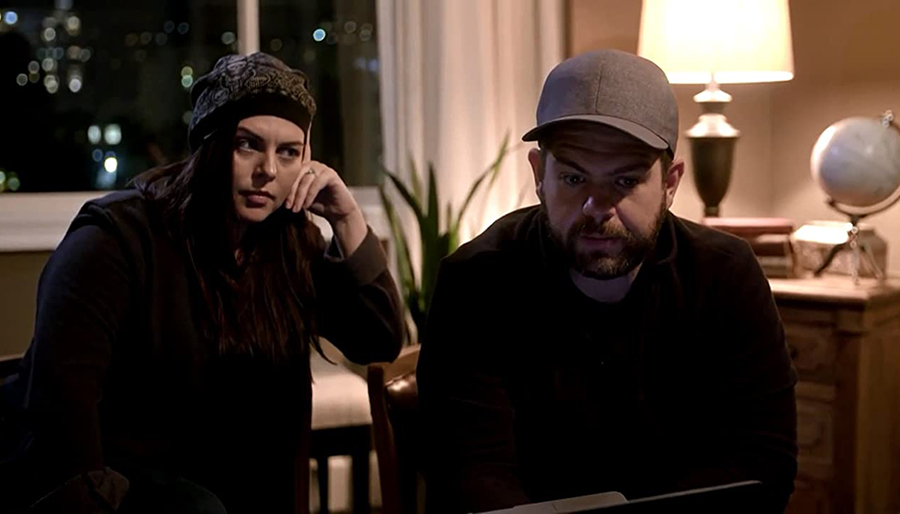 Despite the promising start, sadly there was nothing "special" about the extra-long episode, it just played out like any other episode in the season but more drawn out. In fact, pretty much the whole first hour lacked any ghost hunting at all.
The first hour of the show was all talk, interviews and research, something that normally takes up the first 25 minutes of the show - and already felt too long. It was padded out even further with the inclusion of a psychic sweep of the building conducted by medium Michelle Belanger.
Michelle was blindfold and had no idea where she was, and the information she gave was very accurate. It was a good demonstration of Michelle's abilities, but it added nothing to the narrative of the episode and basically served as nothing more than a re-cap of what the witnesses had already told Jack and Katrina.
During the investigation itself they held vigil in the eerie tunnels under the jail, the creepy cell blocks. They didn't attract a huge amount of activity, other than various words and phrases that seemed to be coming through a ghost hunting device called a Geoport, a device which randomly scans through a bank of phonetic sounds allowing entities to produce intelligent responses to their questions. At one point a voice seemed to say Jack's name.
Perhaps the best bit of evidence was the moment when Jack felt as if something had tugged him, despite nothing being seen behind him on camera. However, as soon as this happened Jack cut his vigil short and went back to the base room to review the footage, rather than trying to encourage the spirits to repeat the incident.
This episode is the last in the current series of Portals To Hell, but more paranormal favourites will fill this slot on Really next week as part of the channel's #Freakend event, bringing viewers three nights of paranormal entertainment every Thursday, Friday and Saturday.
You can watch in the United Kingdom and Ireland as part of the Discovery family of channels. You can watch Really on Freeview (17), Sky (142), Virgin Media (129) and Freesat (160), plus YouView, BT TV and TalkTalk TV. Or watch previous episodes on demand on dplay.