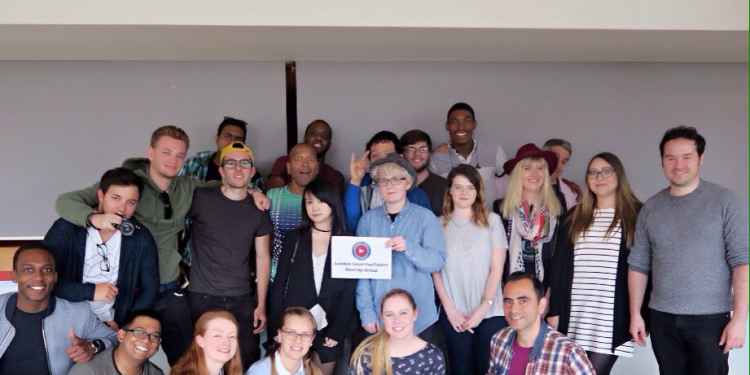 Starting a new YouTube channel is a daunting task. To begin with, your low subscriber count and handful of views can make you feel isolated and removed from the channels with millions of daily views and hundreds of thousands of subscribers.  As a small channel on YouTube it's easy to feel lost or forgotten.

That's where Eleana and the London Small YouTubers group comes in. She's a British YouTuber who started making videos while living in Mississippi.  Eleana says that while making videos, she was envious of the bigger YouTubers’ sense of community, and at times it felt like she was out there making videos on her own.

So, on her return to London, Eleana decided to do something about it and the London Small YouTubers group (LSY) was born and has been steadily growing ever since.

The aim of the Facebook group is to let small YouTubers meet other video and film makers, and give them the chance to collaborate.  Now run by Eleana and fellow member, Rachel, LSY is much more than just a Facebook group.

Eleana and Rachel put a great deal of effort into making sure the group is useful by pumping it full of regular updates including news about YouTube, details about upcoming events for Creators, and even showcasing featured members on a weekly basis.

LSY also arranges meet ups in central London. Creators can come along for free, meet other members, and have the chance to discuss their channel with others.  Of course meet ups often end with a trip to the pub after, a great way to make friends, connections and find collaborators.

What Eleana and Rachel are doing provides a much needed service for smaller YouTubers; the types of channels which YouTube themselves simply don't have the time or resources to assist.

Just like its fledgling channels, LSY is growing fast.  This month they held their first ever sponsored event with the gamified discount service, Kout.  Kout have teamed up with LSY to offer one member an all-expenses paid trip to VidCon 2017.

"A lot of what we do is driven by group demand. People wanted longer and more helpful meet ups, so we provided them. People wanted more Q&As with industry experts, so we have events booked all autumn. It's also driven by what Rachel and I wanted from a group which didn't seem to already exist to fit our needs. We craft it to be the kind of group that we were searching for."
Eleana, co-founder of LSY

The group also has a growing YouTube channel of its own where Eleana and co are posting more and more useful video content including highlights of meet ups, interviews and inspirational vlogs from Creators and LSY members.

I highly recommend LSY to any small Creators who are looking to get the most out of YouTube, grow their channel or just make new friends.