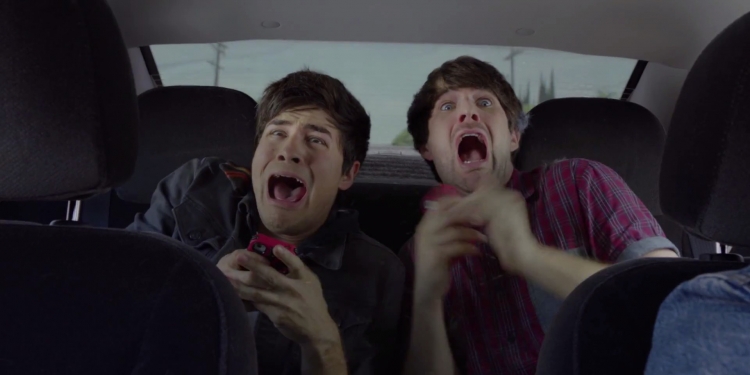 Forget Jurassic World, in the world of YouTube the monster movie on the horizon is the debut feature length movie 'Smosh: The Movie'.
The movie stars Ian Hecox and Anthony Padilla, the comedy-duo behind the huge YouTube channel, and will have its own premiere in L.A. on July 22 before a limited theatrical run and then available to buy through Vimeo and iTunes.
There's a whole list of YouTube stars who cameo in the movie include Jenna Marbles, Grace Helbig, Harley Morenstein, Mark Fischbach (“Markiplier”) and Dominic “D-Trix” Sandoval.
The film has been financed by AwesomenessTV and Defy Media along with the global distribution rights falling into the hands of Lionsgate.
Take a look at the official trailer for 'Smosh: The Movie' below...
Add A Comment
Tags:
youtube