Smosh: "We Had To Learn How to Act" 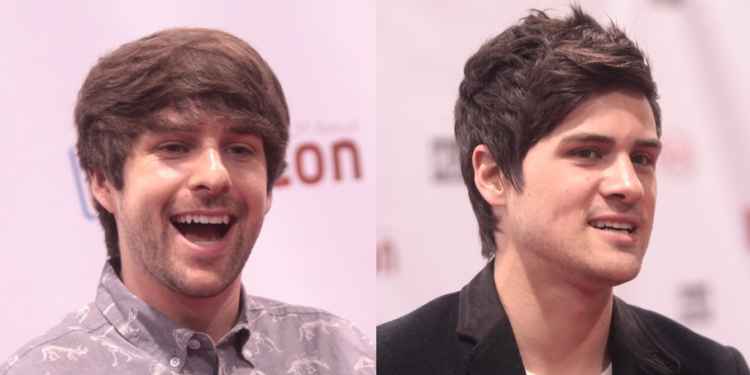 Smosh AKA Anthony Padilla and Ian Hecox have been working on their very own feature length movie and have said their first problem to overcome was learning how to act.
'The Smosh Movie' will be a misadventure based on Anthony and Ian's YouTube personas, a date for the movies release has not yet been set and it's not yet known if the movie will get a theatrical release in addition to the planned digital release.
Anthony joked about the first thing they had to learn while making the film, "we had to learn how to act," adding that they had been assigned an acting coach to help them improve their comedic skills. "In our sketches we're just doing our own thing. In the movie, we’re each playing ourselves… but it was exaggerated versions of our lives."
The movie which is being described as an updated version of 'Bill & Ted's Excellent Adventure' has a budget of around $1 million and is being financed by YouTube MCN, AwesomenessTV and Lionsgate owned Defy Media, the digital media company that manages the Smosh channel.
The movie is produced by AwesomenessTV's CEO Brian Robbins, who previous released the 'Fred' movies with Nickelodeon.
As well as their main channel, Smosh now run several other channels including a gaming channel, in total they reach more than 30 million subscribers.
Add A Comment
Tags:
youtube