Most Haunted Cleans Up At First Paranormal Entertainment Awards 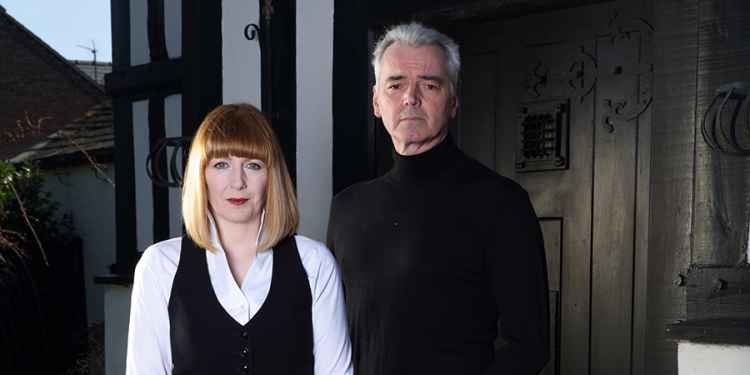 The long-running British ghost hunting show, Most Haunted, cleaned up at the first Paranormal Entertainment Awards having been voted the winner of each category it was shortlisted in.
In total the show picked up five awards, including Best Paranormal Reality Show, beating channel-mates and new comers 'Help! My House Is Haunted', which took the silver award. The show's host, Yvette Fielding was also voted Best Female Ghost Hunter, while her husband and co-host, Karl Beattie, picked up Best Male Ghost Hunter.
Most Haunted's public ghost hunting event videos, which are streamed via their Facebook page won Best Paranormal Live Video. The show was also recognised for capturing the Best Paranormal Evidence of the year for a memorable moment when a cursed doll spontaneously burst into flames during the team's investigation of Codnor Castle Cottage near Derby.
As well as these categories, the awards also recognised the best paranormal movies, podcasts and publications of the last twelve months.
UKTV's Really channel, which airs Most Haunted, also picked up the award for Best Paranormal Broadcaster. US paranormal investigator Zak Bagans' film 'Demon House', which aired on the channel over Halloween won in the Best Paranormal Documentary Film category.

Thank you all so much for voting. This is so wonderful, you are truly the best fans in the world. @Yfielding myself & the whole team are totally humbled by you all. I'm sure @reallychannel are too. Thank you so much. 😃 😃 😃 xx @Higgypop pic.twitter.com/w9K2eNt0mb

In total, more than 40,000 votes were cast as fans of the paranormal picked their favourite paranormal content creators, publishers, hosts and broadcasters of 2018 in the inaugural Paranormal Entertainment Awards.
The awards recognise all forms of content created for traditional broadcast, online streaming, social and print, as well as celebrating the stars and creators of that content.

We'd like to say a big thank you to all those who voted in this year's awards, you helped make the awards a great success. Congratulations to all those who were nominated, whether you won the category or not, you are one of the best in your field.
You can view the full list of winners here.

Thank you @Higgypop and Thank you so much to all that voted. It means the world to me, Karl and all the team x