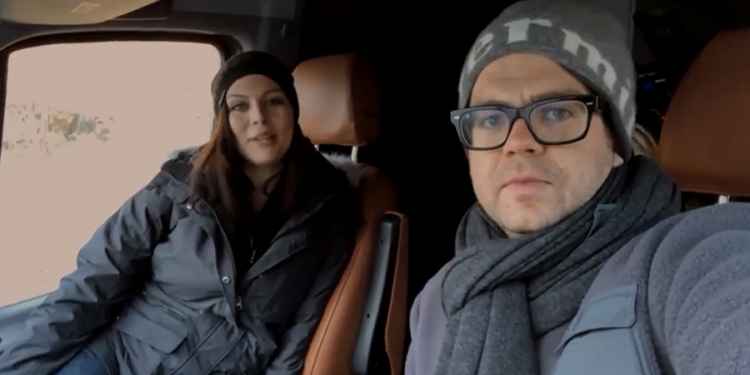 Jack Osbourne and Katrina Weidman travel to Mineral Wells in Texas, for the first televised investigation of an infamous home which Jack describes as "pretty diabolical". Some believe that it is plagued by devil worship and demonic activity.
Jack tells us about the location's "dark twisted history," which includes "weird murders". He says that it was originally built in 1840 as a residential home, but was later used as a brothel, before some kind of Devil worshiping, Satanic cult allegedly moved in. Katrina says, "kind of all the things we look for on our checklist of super duper haunted places."
The house's current, Kathy and Sonny Estes, bought the property with the vision of opening it as a bed and breakfast, but have been forced to put their plans on hold due to large amounts of paranormal activity, including multiple cases of visitors being inexplicably scratched.
There's also been reports of sightings of a negative entity named Toby, sightings of a dark shadowy figure and reports of a visitor being bitten in one of the bedrooms.
Before tackling this mammoth case, Jack said "if we are operating under the pretence this place is incredibly haunted, we're going to have are work cut out for us, but there's a lot of hearsay."
Despite the impressive supernatural claims surrounding the property, Jack and Katrina learn from a local expert named Martha Decker that it might not all be true. Martha says there is no documented evidence of any murders taking place in the property. However, she did once interview a former resident of the house whose family did practice occult rituals in there. 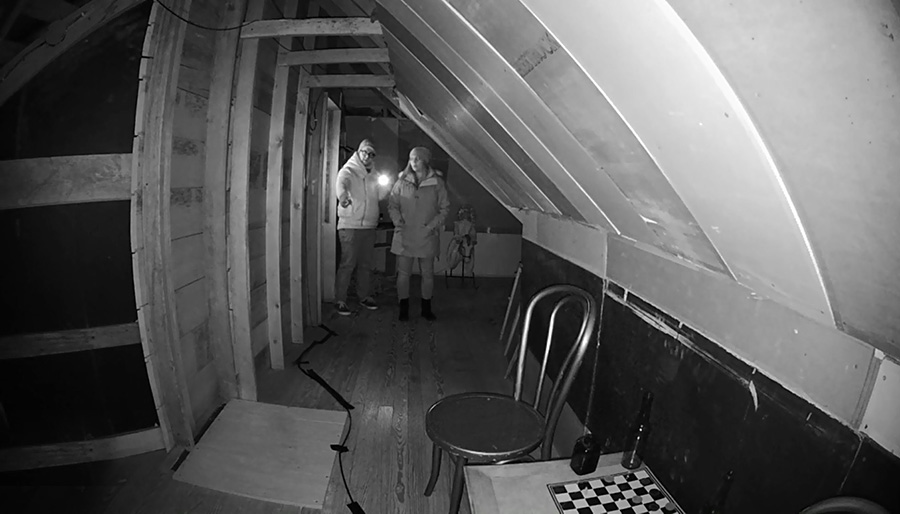 After the advice from Martha, the pair split up to start their investigation. It was a quiet start for Katrina, but Jack was in the shadow man's room, where a dark shadowy figure has been seen and a guest was once bitten on the bed.
Here the REM-Pod feature built into Jack's ghost hunting multi-tool started beeping and flashing green. A REM-Pod radiates its own electromagnetic field and if anything enters that field the device can detect it.
The pair come back together in a room known as the scratcher room. It's here that many guests have been scratch. The owners of the house believe a man named William who ran the brothel is behind these violent attacks. They are using a Geoport, a device which randomly scans through a bank of phonetic sounds allowing entities to produce intelligent responses to their questions. Jack called out "is Toby in here with us right now?" A voice through the Geoport seems to reply "I am".
As Jack got stuck into a lone vigil in one of the bedrooms, Katrina interrupted and told him she had to leave. They both went outside so she could explain why. "I cannot focus in there," she told him, "the only time that's happened before is in really bad cases. The last time I can think of where something like this happened to me, somebody got bitten."
After formulating a plan to "piss off" the evil entity in the house, the investigators venture back in. Jack reads aloud the prayer to Saint Michael, which is used to move on spirits, while they splash holy water around the house. It didn't seem to piss any entities off or get a reaction at all at first, but moments later upstairs they heard a loud bang followed by unexplained knocking.
They ended their investigation with another Geoport session in Joshua's room, but it proved to be pretty quiet.
Katrina summarised the investigation, "I think the stuff that we experienced subjectively is really interesting, especially that big knock." Jack agreed, "the big knock was crazy." Katrina added, "I think based off of some of the things we experienced tonight, there's definitely strange things going on here that we can't explain." This is a bold conclusion when you're pretty much solely basing that opinion on a loud bang you heard in an unfamiliar building.
Portals To Hell continues next week on Really as part of the channel's #Freakend event, bringing viewers two nights of paranormal entertainment every Thursday and Friday.
You can watch in the United Kingdom and Ireland as part of the Discovery family of channels. You can watch Really on Freeview (17), Sky (142), Virgin Media (129) and Freesat (160), plus YouView, BT TV and TalkTalk TV. Or watch previous episodes on demand on dplay.