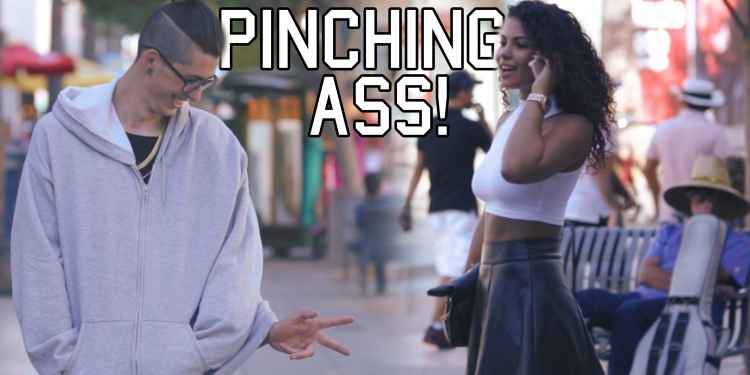 Ex Big Brother contestant turned YouTube star was trending on Twitter on Sunday morning as thousands of people took to Twitter to complain about his 'Fake Hand Ass Pinch Prank' video.
In the video, Sam asked female strangers on the street for directions and while they were chatting he pinched their bum with his hand which was hidden up his jacket.
Viewers have criticised Sam calling the video sexist and claiming that it promotes sexual assault and shows a lack of respect to women.
One tweeter went as far as to say, "Sam pepper is a disgrace to the human race, touching anyone without consent is just wrong. What a f**king creep."
Another said, "I honestly can't believe that Sam Pepper would post a video like that, it is terrible! He's basically making a joke out of sexual harassment."
However, due to the attention, within an hour of it trending on Twitter the video notched up an extra 100,000 views. Sam currently has 2.4 million subscribers, it will be interesting to see how loyal his fan base is following this incident.
Two days after it was uploaded, YouTube removed the video from their site presumably due to the large number of complaints.
Add A Comment
Tags:
youtube