This article is more than three years old and was last updated in April 2020. 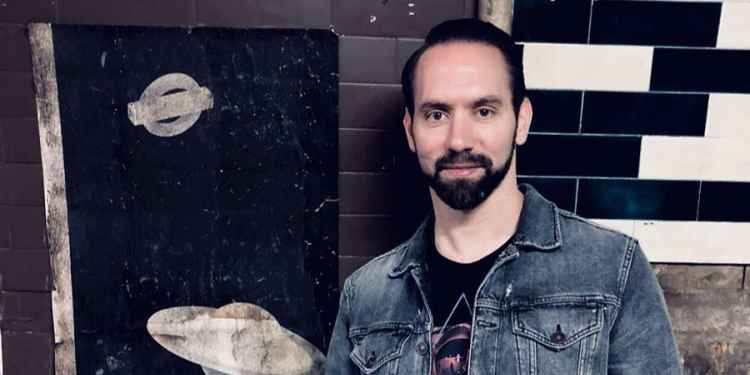 Photo: facebook.com
There's sad news if you're a fan of the US ghost hunting show 'Paranormal Lockdown'. One of the show's stars, Nick Groff has revealed on social media that after three seasons, the show will not be returning and insists the move "wasn't by choice."
Nick has appeared alongside fellow paranormal investigator Katrina Weidman in the show since it first aired on Destination America in 2016. The show sees the pair locked down for 72 straight hours in some of the most haunted locations around the world.
As the third season came to an end, Nick took to Facebook and Twitter with the news that the show would not be returning. The news comes with the double-blow that Nick will also be leaving the paranormal show 'Ghosts Of Shepherdstown', after he and his co-hosts Bill Hartley and Elizabeth Saint have been re-cast.
Nick announced the news in a video posted online. In the one-minute-long clip he said, "for the past 15 years, I've dedicated my life to the paranormal. The places I've seen, the adventures I've gone on, this history, the lockdowns; it's been life changing. I've learned things about our world that never cease to amaze me. It's unfortunate however that we also live in a very opportunistic society, where people and companies are so quick to forget not only what you've done for them, but the simple ethics of being a descent human being."
Unfortunately, this isn't the first time Nick has been forced to move on from a ghost hunting show. He was a co-investigator and executive producer of 'Ghost Adventures', alongside Zak Bagans when the show launched in 2008, but he left under unexplained circumstances in 2014. Nick has today confirmed that this move wasn't by choice.
Addressing this in the video, Nick said, "since this is now happening for a second time in my life, I want to make something very clear... I never left anything. So, when you ask me about the past or are confused as to why 'Paranormal Lockdown' isn't continuing on, or why they re-casted all of 'Ghosts Of Shepherdstown', my answer to all three is very simple. It wasn't my choice."
The paranormal investigator didn't go into much detail about why these decisions had been made in the video but blamed politics. He said, "I'm very passionate about the work I do, it's sad when politics get in the way of successful shows continuing on with little to no explanation."
He ended the video with a message to his fans and loyal viewers, "to be honest, I wanna thank you, because without you, what I'm about to do next would have never happened."

Bill Hartley of 'Ghosts Of Shepherdstown' said in a Facebook post, "it's sad because frankly all of us were willing to come back and have fallen victim to the politics of television production."
Nick's co-host, Katrina, hasn't yet commented on the news although fans may be pleased to hear that she will be appearing in a new paranormal show alongside TV personality Jack Osbourne. 'Portals To Hell' will premier on the US Travel Channel on April 19th and will see the pair try to uncover what lies within notoriously haunted locations across America.
As for what Nick is about to do next, only time will tell, but it's likely to involve his worldwide streaming platform, VIDI.SPACE, which launched last year.

@DestAmerica GET A DAMN CLUE PARANORMAL IS HOT!!!! Why are you messing with such awesome paranormal shows like Paranormal Lockdown, Ghost Brothers, etc... @NickGroff_ is the best in the Paranormal business and you just let his shows go. Hope you will show us plenty of marathons!!

Did you say no more Paranormal Lockdown? Devastated. I really love that show. Hopefully you’ll be bringing another paranormal show? 🙏 whatever the next step is - good luck! I’m looking forward to it already