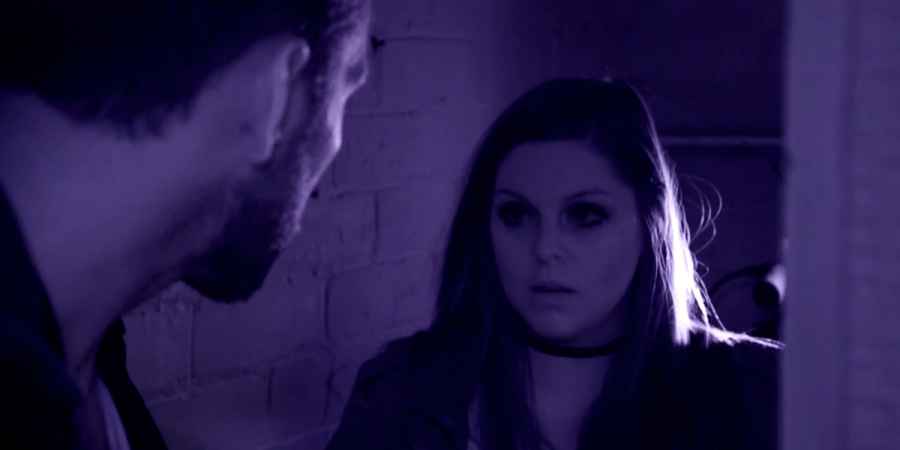 British television channel Really are giving fans of 'Paranormal Lockdown' in the UK another chance to see Nick Groff and Katrina Weidman's 2016 special this Halloween.
'The Yorkshire Haunting: A Paranormal Lockdown Special' will air on Wednesday, October 28 as part of Really channel's annual #13NightsOfFrights schedule of programming in the run up to Halloween 2020. It will see the pair of paranormal investigators spend 100 hours locked down inside of what is said to be one of the UK's most haunted houses.
Although the Halloween special did air in the UK back in 2017, the episode is new to the Really channel and follows the network's re-runs of the show's original seasons.
In the two-hour Halloween special, Nick and Katrina travel to Pontefract to investigate 30 East Drive, which is allegedly home to one of one of the most violent poltergeist hauntings in paranormal history. The house is said to be haunted by the malevolent dark spirit of a monk, earning the property the nickname the Black Monk House.
Nick and Katrina lock themselves down inside of the infamous house for the longest paranormal investigation ever shown on US television in an attempt to capture the most convincing paranormal evidence ever to be recorded.
They invite world-renowned paranormal researcher and demonologist John Zaffis to provide analysis on their findings.
"The Black Monk House is an absolutely terrifying location that, as we're hearing from the cast and crew, is already haunting the production team as they prepare to begin filming on location," said Jane Latman, general manager of the US channel that commissioned the show, "Marking our first ghost hunt abroad, the special is an exciting milestone in our quest to present paranormal fans with the scariest supernatural stories known to man."
Today, 30 East Drive sits empty. It continues to challenge paranormal investigators and enthusiasts, as no one has been able to withstand more than two days in the house.
Over the last 50 years, visitors to the Black Monk House have reported unexplainable demonic sounds, objects levitating, and people being physically attacked.
There was even an account of a little girl being dragged up a flight of stairs by an unseen assailant. The show's creators claim that this incident forced the family to flee the home, however this is not true.
It's believed that the spirits in the house can be traced to an ancient burial ground and gallows that were once located near the land where the house currently sits.
"There are few locations in the world that frighten me to investigate, and the Black Monk House has a strong energy pull like nothing else I've ever researched," said Nick Groff, executive producer and host of the show. "The history of the land holds a massive amount of bloodshed, and the house has a heart still pumping the negative forces continuing to harm the living."

Really have also announced that their Halloween offering will include Zak Bagans and the 'Ghost Adventures' team's Halloween special, 'Curse Of Harrisville Farmhouse'. The two-hour special aired in the US last year, but has not yet been shown in the UK.
The channel will also air a two-hour special that explores the real story behind husband-and-wife paranormal investigation team, Ed and Lorraine Warren, who investigated the famous haunting at the farmhouse. In fact it is their case file that 'The Conjuring' is based on.
'Devil's Road: The True Story Of Ed & Lorraine Warren' features interviews with their daughter and son-in-law, Judy and Tony Spera, who share never-before-broadcast audio of Ed conducting interviews for the Bridgeport, Connecticut, poltergeist case, and rare video of the Warrens helping a young woman coming under demonic possession.
There's more good news for 'Ghost Adventures' fans this Halloween as the spin-off series 'Screaming Room' will also air as part of 13 Nights Of Frights. The spin-off series features the team reliving some of the most terrifying, shocking and even comedic moments.
Really have also announced that their Halloween offering will include Jack Osbourne's new "caught on camera" paranormal series. 'The Osbournes Want To Believe' features his legendary parents, Ozzy and Sharon, as he tries to convince them that ghosts exist.
Also look out for 'My Paranormal Nightmare' which features real witnesses recounting terrifying true tales of violent hauntings that have plagued their nightmares since childhood. Now adults, they go back in time to the horrific encounters with compelling first-person testimonies.
#13NightsOfFrights starts on Monday, October 19, kicking off with 'The Osbournes Want To Believe' and running up to and including a night of special programming on Halloween night itself. You can see the full schedule of programmes here.
The Really channel broadcasts in the United Kingdom and Ireland as part of the Discovery family of channels. You can watch Really on Freeview (17), Sky (142), Virgin Media (129) and Freesat (160), plus YouView, BT TV and TalkTalk TV. Or watch previous episodes on demand on dplay.