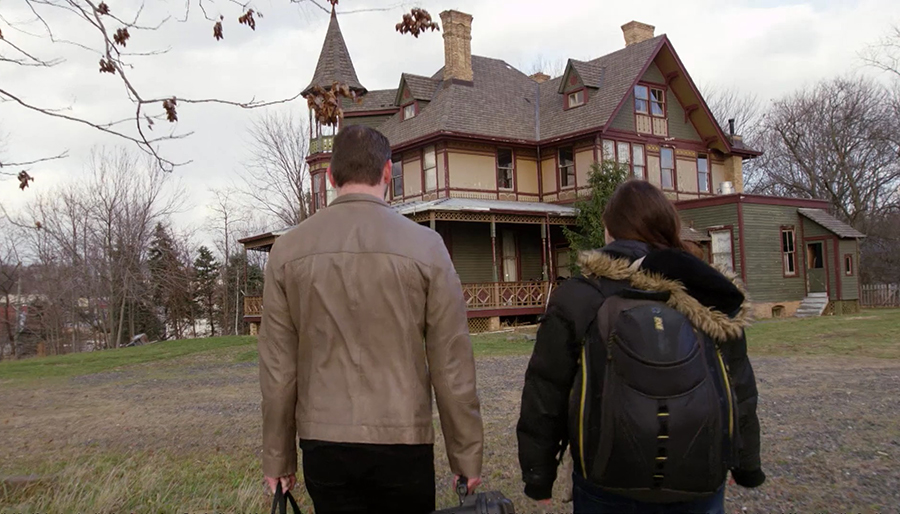 Nick Groff and Katrina Weidman spend 72 hours confined within a historic abandoned New York mansion, where according to legend several séances were conducted during the late 1800s.
Here in the UK, the series is being billed as 'Paranormal Lockdown US', and although the show is new to Really, it actually pre-dates the recent UK series and has previously been shown on Quest Red in the UK. This week Really brings us episode six of the first series.
In the late 1880s on New York's Staten Island, a prosperous Bavarian immigrant, Balthasar Kreischer, built mansions for each of his two sons near the family factory. For a time, his sons Charles and Edward lived side-by-side on idyllic Kreischer Hill, but the family's happiness came to an abrupt end in 1894, when Edward took his own life.
Séances were popular in this Victorian era of spiritualism and Edward's grieving brother Charles conducted several ceremonies inside his home in an attempt to contact his brother's spirit. Some believe that Charles may have opened a gateway to another realm that remains open to this day.
Tragedy in the mansion was not limited to the time of the Kreischer family, a man named Robert McKelvey was murdered in what was Charles' house by mafia hitmen in 2005, prosecutors claim he was drowned in a pond before his body was dragged to the basement and incinerated in the furnace.
Edward's home burnt to the ground in the 1930s, but his brother's home still stands. It is in this remaining house that frequent accounts of paranormal activity have been witnessed. Nick and Katrina have come to investigate what's haunting the Kreischer Mansion and to close the gateway once and for all. 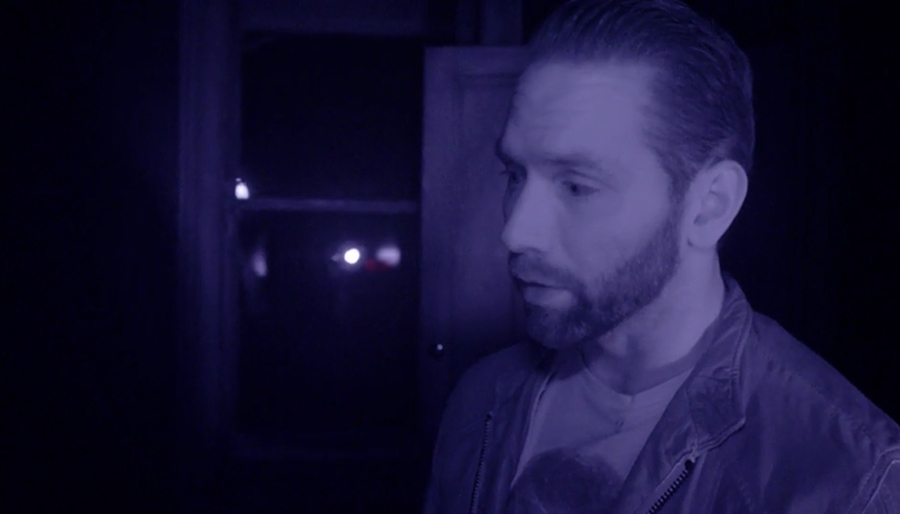 Once darkness fell outside, Nick and Katrina switched their cameras to night vision and began their investigation. As their first night got underway, Katrina said, "it's like the house has a pulse. You can take out all the people, but the house is still alive."
They begin upstairs where a former owner, Joe McBratney, had a paranormal experience with what he believed to be the spirit of Edward's widow, Freida Kreischer. Nick starts by calling out to the spirits of Freida, Charles and Edward. While they were encouraging the spirits to communicate, they heard what they thought sounded like footsteps.
Nick had been recording with his Panasonic RR-DR60 audio recorder, when he played back the audio a crackling sound could be heard which Nick thought was an example of electronic voice phenomenon. EVPs are spirit voices which are caught in audio recordings. Nick thought the voice he'd captured was saying "I'm Edward Kreischer," Katrina didn't seem so sure, but moments later she had a scare of her own when she felt as if something "electric" had touched her in the darkness.
They then tried to communicate with the spirits of the mansion using a Geobox, a device that scans through multiple frequencies of the electromagnetic spectrum, the idea is that intelligent spirits can manipulate or use the ambient EM field to relay intelligent responses in the form of words or sentences.
Seconds after Nick asked the spirits if they were responsible for touching Katrina, an echoey sound came through the box which Nick interpreted as "Hi, Katrina". Katrina asked the voice to identify itself and they both agreed that a response came back that sounded like "I am dead."
Moments later Nick began to smell sulphur and felt a cold sensation over his entire body, he said he felt like something was trying to take over his body. Soon after this the duo jumped when they heard a loud sound coming from the fireplace. Nick said, "I don't feel safe," but as he was getting so much activity, he refused to leave.
A little while later, the pair split up and found somewhere to sleep for the night. Katrina spent the night in the room where the former owner Joe saw the figure of a ghostly woman, while Nick was next door in the room where he had his unsettling experience. 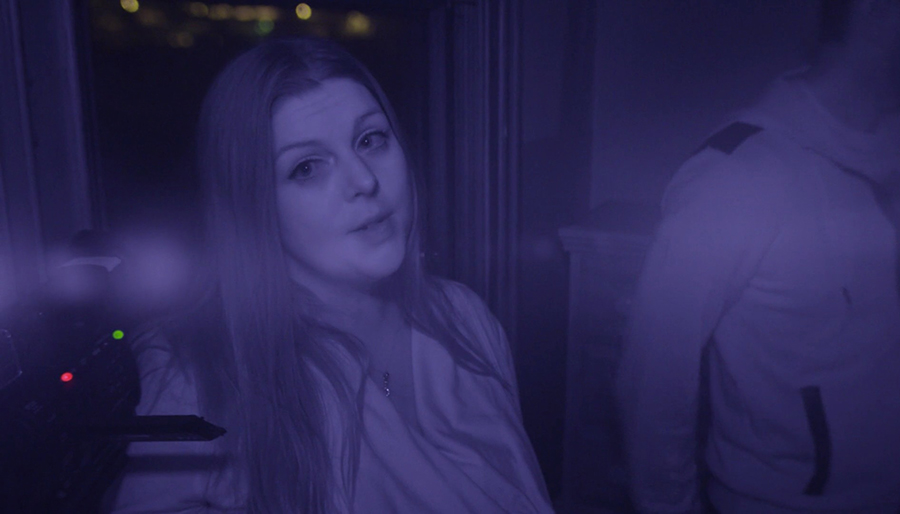 The next morning the duo resume their investigation in the basement. Nick takes digital still photographs in attempt to capture any anomalies that aren't visible to the human eye. The experiment only lasted a few seconds and nothing odd was caught.
Later that day, the team continue with their second night-long vigil. This time, Katrina went upstairs, while Nick remained on the ground floor alone. Nick has a plan to encourage what he thinks is a negative entity to show its presence, "I want to see if by ignoring the negative entity, I'll provoke it."
After a little while Nick said he could hear footsteps running around him. Meanwhile, Katrina was upstairs using a digital audio recorder. While reviewing her audio she heard a loud bang coming from elsewhere in the building and screamed for Nick, who came running to investigate.
Moments later something was thrown across the room, Katrina found a battery and thought it could be that. The rest of the night proved quiet and the pair tried to get some sleep before their final day of the investigation.
Their plan for the final night was to follow in the footsteps of the Kreischers and perform a séance. To make up the numbers, they'd invited psychic medium, Colleen Costello, to join them. Sat around a table lit by candle light surrounded by darkness, they hope to be able to close the portal that they believe Charles Kreischers inadvertently opened.
The team call out to any spirits that might be present. Colleen said she felt a breeze around her and then moments later said that a pendulum she'd placed on the table was starting to move - could the two things be related?
The sitters experienced several other odd sensations including intensely cold air creeping around them. After a while Colleen called an end to the séance, "we're asking all the innocent spirits who are here to go to the light. Don't be afraid of anything evil, please go to the light. We're closing off this séance. We wish you love, peace and light, and you are now free to go."
The séance marked the end of a fairly tame and uneventful investigation, but not every location can deliver non-stop activity all the time.
This episode marks the last in the series of 'Paranormal Lockdown US', next week in its place on Really there's another chance to see episode one of 'Unexplained: Caught On Camera' as part of the channel's #Freakend event, bringing viewers two nights of paranormal entertainment every Thursday and Friday.
You can watch in the United Kingdom and Ireland as part of the Discovery family of channels. You can watch Really on Freeview (17), Sky (142), Virgin Media (129) and Freesat (160), plus YouView, BT TV and TalkTalk TV. Or watch previous episodes on demand on dplay.