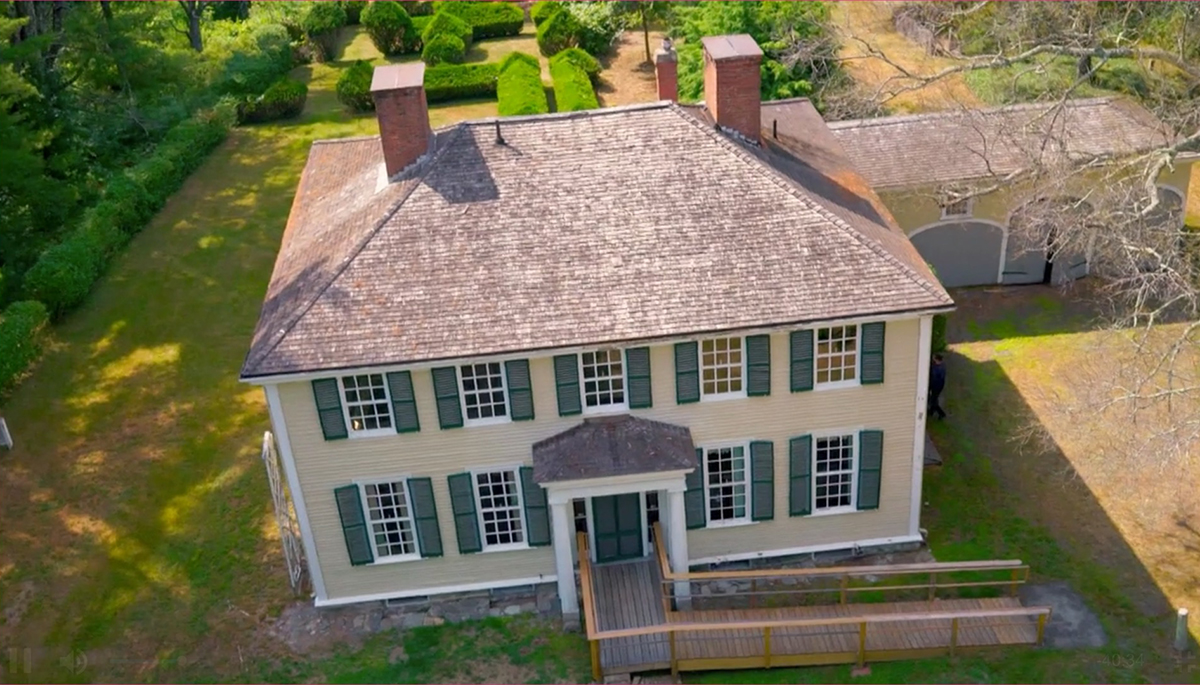 Having recently repeated the entire first season of 'Paranormal Lockdown', the Really channel are now giving viewers another chance to watch Nick Groff and Katrina Weidman in the second season.
Here in the UK, the series is being billed as 'Paranormal Lockdown US', and although the show is new to Really, it actually pre-dates the recent UK series and has previously been shown on Quest Red in the UK. Really picked up the series three episodes in with Nick and Katrina's 72-hour lockdown inside of Oliver House, a historic manor in Massachusetts.
Nick and Katrina have been called in to determine why the historic manor which sits on 55 acres of untamed New England wilderness in Middleboro is said to be unsafe for tourists to visit.
The land has a grim past after entire villages of Wampanoag Indians died from a plague brought to the area by the first colonists. The estate was built on this haunted land in 1769. In the 1830s a family saw the death of three of their children in the home.
The Oliver House was opened to the public in 2016, but the first visitors were said to be terrified by supernatural activity. Just a few weeks after the reports came in, Nick and Katrina became the first paranormal investigators to try to get to the bottom of the reported activity in the house. 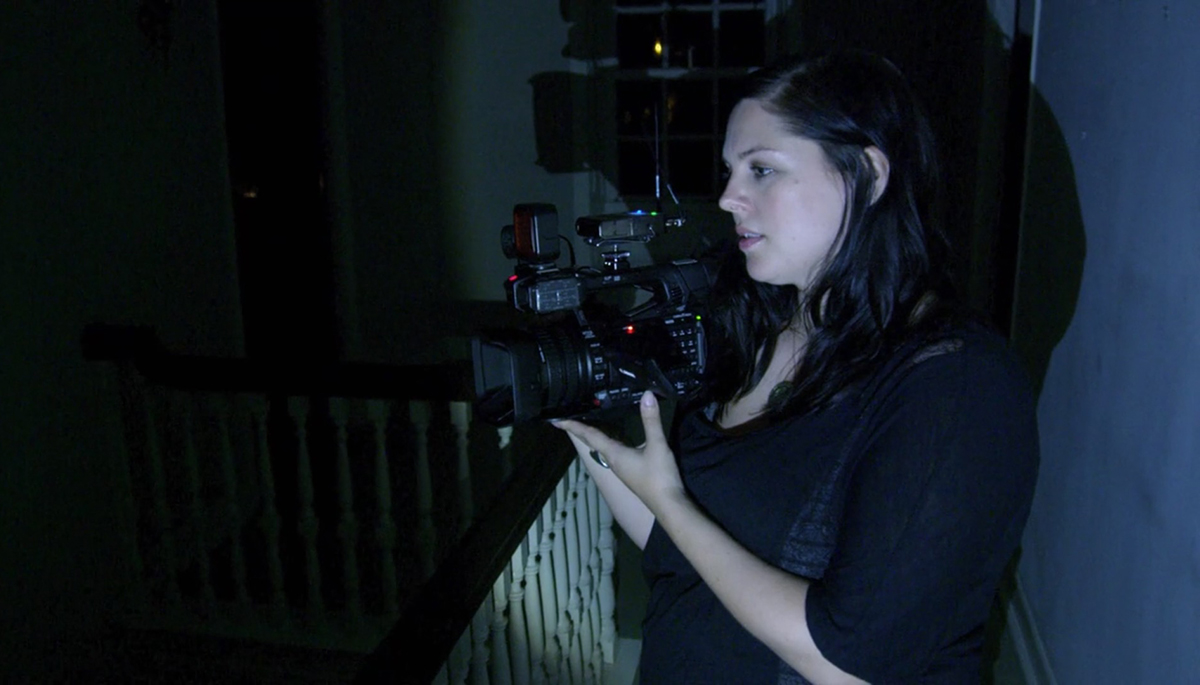 Early in the first night of their investigation both Nick and Katrina felt strange sensations that they both deemed to be negative, but apart from this, the first evening was quiet.
The pair split up. Nick sets up his bed in the Hutchinson room where he says he first felt "spirit energy" on an earlier walkthrough, and Katrina was sleeping in the nursery where she sensed child-like activity earlier in the day. Picking these haunted rooms paid off as in the night Katrina felt like she was woken up by someone.
The next day they took advantage of the daylight to explore the ominous woods that the house sits next to, but other than feeling unsure of their surroundings, nothing paranormal occurred. Despite the lack of activity, Katrina said, "the woods have definitely intrigued me, there's definitely something going on back there."
That night the pair used an SLS camera, a device that uses 3D mapping technology to detect human-like shapes in the darkness. The device seemed to show a figure behind Katrina in the form of a jittering, contorted stick figure on the screen.
The figure marked the end of the day's very uneventful investigation and the pair head back to their sleeping spots, where this time it is Nick who is disturbed in the night. He felt as if something was staring at him as he tried to sleep. 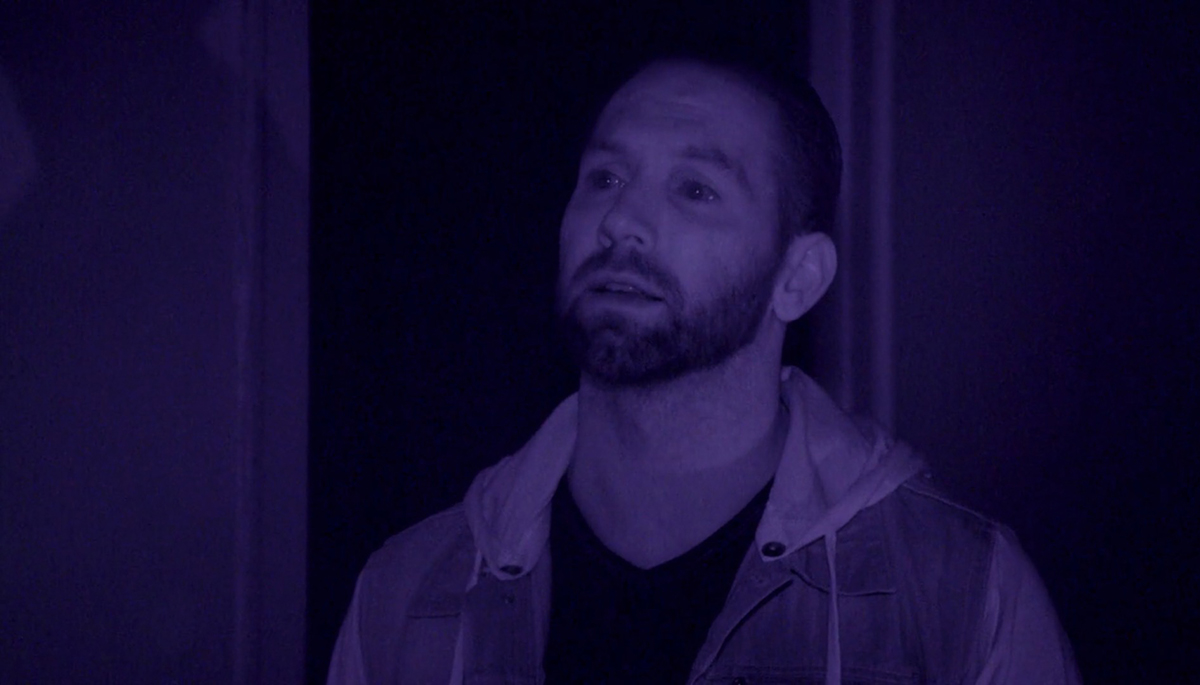 For the final night of their investigation the duo are using an infrasound generator. Nick explains that EVPs, or electronic voice phenomenon are spirit voices captured on electronic devices. Nick says that spirits communicate using ultra-low frequency sounds, known as infrasound. He said, "if we can induce the environment with infrasound, possibly we can enhance any paranormal activity."
Nick thinks the infrasound generator could give spirits more energy to communicate and show themselves, but of course if this is the frequency they use to communicate, then the generator might actually just drown them out. The experiment proved unsuccessful and was soon abandoned, Katrina later states that they only actually tried it for less than a minute.
Nick then thought he saw a shadow or black mass move along the hallway and headed to where he thinks it went... the basement, where they heard repeating banging noises that sounded like footsteps. They think the sound might have been a spirit walking in the hallway above, so they set up the SLS camera in the hallway, but it fails to pick up anything of note.
The SLS camera seemed to glitch with a momentary black dot which appeared over the basement door, so while Katrina went off to investigate alone, Nick went to check out the basement. Little happened for the rest of their investigation, which they wrapped up after 72 hours.
'Paranormal Lockdown US' continues next week on Really as part of the channel's #Freakend event, bringing viewers three nights of paranormal entertainment every Thursday, Friday and Saturday.
You can watch in the United Kingdom and Ireland as part of the Discovery family of channels. You can watch Really on Freeview (17), Sky (142), Virgin Media (129) and Freesat (160), plus YouView, BT TV and TalkTalk TV. Or watch previous episodes on demand on dplay.