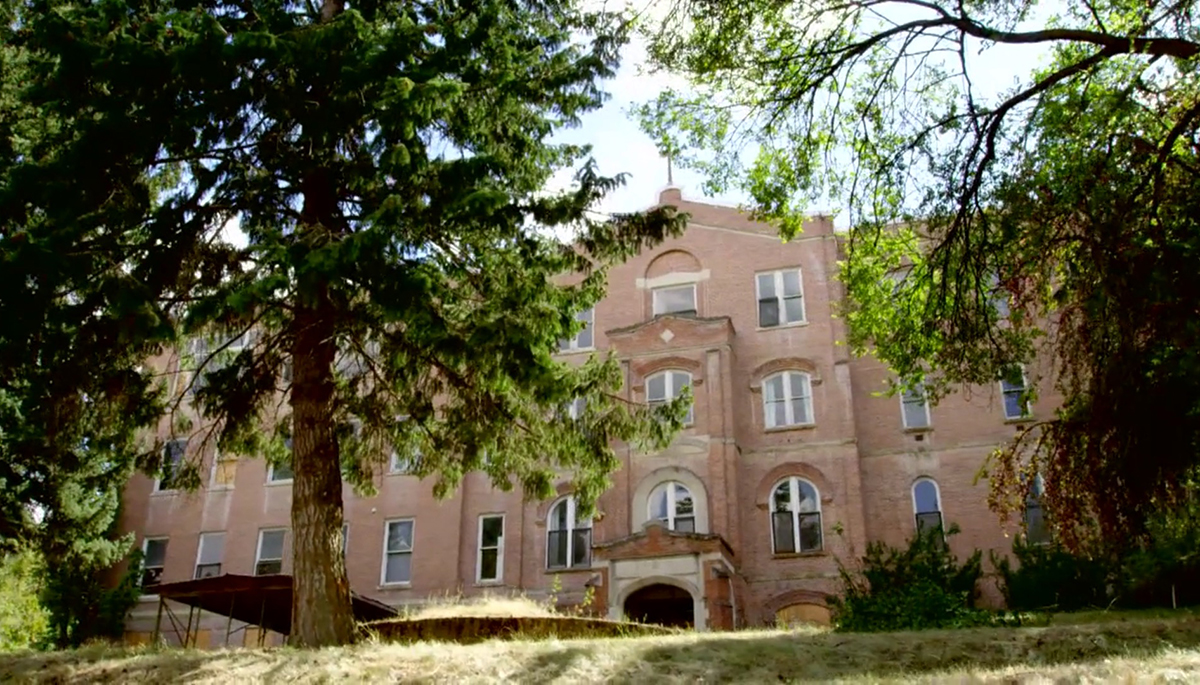 Nick Groff and Katrina Weidman check in to the 120-year-old St. Ignatius Hospital in Washington, but despite being abandoned since 2003, some think that the eerie building is far from uninhabited.
Here in the UK, the series is being billed as 'Paranormal Lockdown US', and although the show is new to Really, it actually pre-dates the recent UK series and has previously been shown on Quest Red in the UK. This week Really brings us episode four of the second season.
The episode opens with a bit of background information from the narrator, "the small wheat-farming town of Colfax, Washington is home to less than 3,000 living residents, but the St. Ignatius Hospital whose blighted facade dominates the serene landscape houses innumerable parted souls."
The hospital was built in 1893 by the Sisters of Providence, at the time St. Ignatius was the only medical facility in Whitman County. When the 1918 flu pandemic swept through Washington, the dying and dead crowded the halls of this five-story brick building.
There are claims that these souls might still be lingering in the vast building. During its operational days, patients and staff reported seeing apparitions, hearing disembodied voices, and feeling the presence of someone unseen in the room with them. 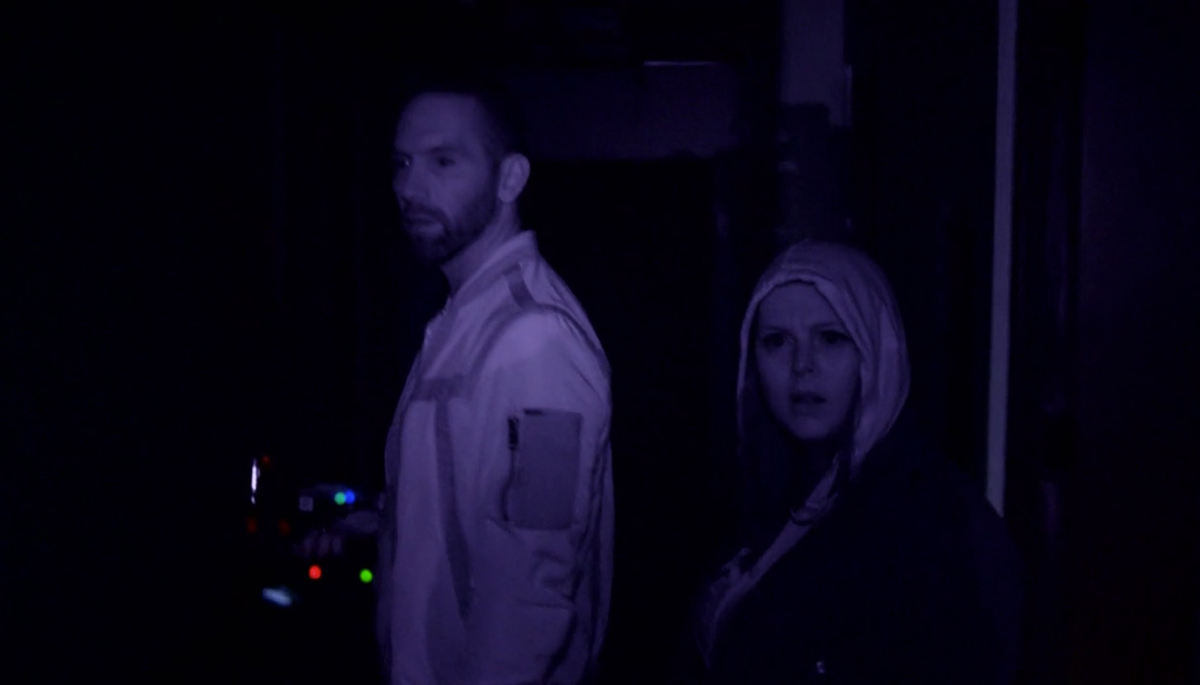 Because the hospital is so large, the duo start their investigation by wandering the dark, decaying and dusty hallways in the hopes that the most paranormally active areas might draw them in. It was in a hallway on the third floor where they had their first scare, although it was just caused by an unexpected bat flying around.
The pair moved on to room 311, a room that Katrina described as feeling "kind of funky". The room is said to be haunted by the spirit of a former patient named Rose. 311 was her room for some time, she's said to be angry and aggressive to the point that many people are too scared to come into the room.
Nick was using a device called a GeoBox, which scans through multiple frequencies of the electromagnetic spectrum, the idea is that intelligent spirits can manipulate or use the ambient EM field to relay intelligent responses in the form of words or sentences. They had a few unclear responses, one of which they thought was the name Rich.
At the end of the first night the investigators found a place to sleep. Nick in the middle of a hallway on the first floor, where a bat repeatedly flew over him, and Katrina hidden deep in her sleeping bag in an old side room. Nick described it as "the worst sleep I've ever had in my life."
On day two Nick once again got some interesting sounds through his GeoBox while investigating an old abandoned lift shaft where a former resident died. Although the voices that came through were unclear, what sounded like several screams could be clearly heard.
A little while later they heard a sound behind them in one of the hallways, when the footage was zoomed in it was clear to see a large cloud of dust bellowing out of the empty room the sound seemed to come from. The noise came from a room where previous guests had seen a hand appear on a window.
Nick described the unexplained occurrence as incredible. He said, "to me this is groundbreaking, I haven't been in a location in a long time where the daytime hauntings are more active than the nighttime, but this is why we live at the locations." 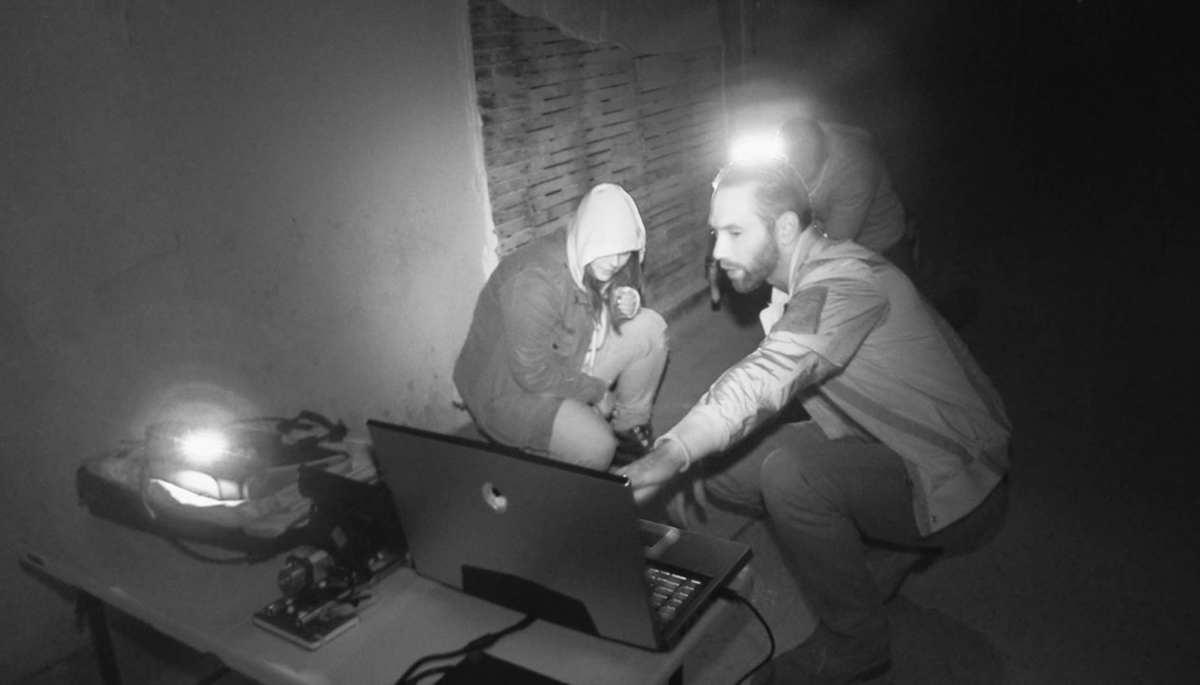 After such an active day of investigation, the pair return to the same point that night. They use several devices including an SLS camera - a device that uses 3D mapping technology to detect human-like shapes in the darkness, a thermal imaging camera, and a standard night vision camera. All the devices were pointing to the spot where the occurrence happened.
Other than the return of the bat and camera man, Rob Saffi, feeling as if he'd been grabbed, not much happened so the pair get ready to go to bed. But as Katrina is getting ready she heard a loud crash, which she described as shaking the whole building.
She ran upstairs to find Nick, who heard the sound too. He said something had been thrown and it happened in the exact same spot as the incident with the dust earlier. Unfortunately by this time they'd packed away their cameras and ghost hunting devices. After an investigation, they failed to find the source of the sound.
On the final day the pair had some more unclear voices through the GeoBox, one seemed to say Rose, the name of the former patient who is said to haunt the floor they were on.
For their final night, Nick and Katrina split up. Katrina went to the first floor where she reported feeling as if something brushed past her and then thought she heard footsteps. She then called out, "if you can, take all of your energy and if you had any pain in your life, any kind of physical ailments, can you let my friend Nick know by having him feel that same pain?"
Meanwhile, Nick was alone on the third floor where seconds after Katrina's request, he complained about feeling a pain in his lower back. He said, "I'm feeling hands pushing against my back like they're surrounding me."
Towards the end of the investigation, a very drained Nick seemed compelled to go to room 310, lie down on a bed and sleep. Katrina and Rob had to go and wake him. After the event, Nick said "all of a sudden Rob and Katrina are calling for me." He added, "I opened my eyes and I'm sort of startled because I see them staring at me, hovering over my bed. I don't even know what happened."
Katrina summed up there 72 hours in St. Ignatius Hospital, "this might be one of the most challenging locations I've been in. You try to open yourself up so you can really experience what's here, and I'm definitely having trouble doing that."
'Paranormal Lockdown US' continues next week on Really as part of the channel's #Freakend event, bringing viewers three nights of paranormal entertainment every Thursday, Friday and Saturday.
You can watch in the United Kingdom and Ireland as part of the Discovery family of channels. You can watch Really on Freeview (17), Sky (142), Virgin Media (129) and Freesat (160), plus YouView, BT TV and TalkTalk TV. Or watch previous episodes on demand on dplay.