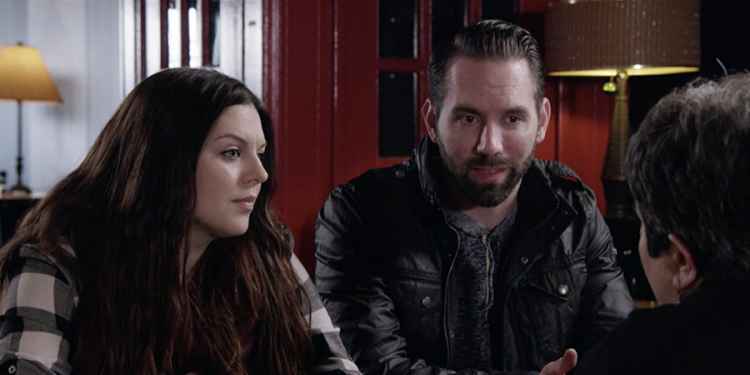 Nick Groff and Katrina Weidman spend 72 hours confined within an abandoned hotel in Kentucky. Some think that although the hotel has closed its doors, not everyone has checked out and these spirits and dark entities have been blamed for unleashing vicious attacks on the living.
Here in the UK, the series is being billed as 'Paranormal Lockdown US', and although the show is new to Really, it actually pre-dates the recent UK series and has previously been shown on Quest Red in the UK. This week Really brings us episode two of the first series.
Anderson Hotel on the high street in Lawrenceburg closed 30 years ago, but during its years of operation the hotel is said to have seen its fair share of deaths through suicide and a fire that tor through the building. Any attempts to renovate the hotel have resulted in phantom assaults.
Upon entering the decaying hotel, Nick said "it's like entering a paranormal time capsule, the rooms are filled with the last resident's belongings."
Nick started off the investigation in hour one in one of the bedrooms, where a young girl is thought to have taken her own life. Nick is using his Panasonic RR-DR60 digital audio recorder and called out to any spirit present. When he replayed the audio he heard a muffled sound. Nick thinks this means they can help the spirit, "maybe now that we're communicating with her and she can hear us, and she's communicating back," he adds "maybe is she helps us that's her way of getting to heaven." 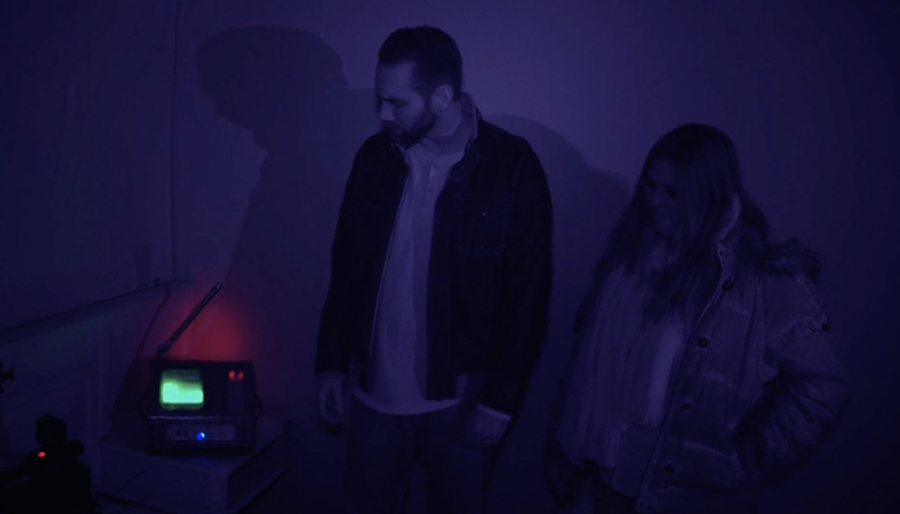 With the lights out and the cameras switched to night vision, the duo start their investigation in one of the bedrooms using a Geobox, a device that scans through multiple frequencies of the electromagnetic spectrum, the idea is that intelligent spirits can manipulate or use the ambient EM field to relay intelligent responses in the form of words or sentences.
The investigators called out and heard several echoey noises which sounded like they could have been voices, but none of them were easy to decipher. Nick seemed to agree, he said "this place is harvesting all these deaths, lost souls. Knowing that, I think that this investigation is going to be very tricky to decipher who we're actually talking to."
Later in the evening, Nick put a brainwave monitoring device on his heads which shows spikes in brain activity if he has disturbing nightmares, which he thinks could be caused by the haunting. Nick lay down on the bed where the girl was said to have killed herself, on the very mattress. Meanwhile Katrina monitored his brain's activity on a tablet, but he didn't actually manage to get any sleep.
However, during his lie down Nick had his audio recorder running next to the bed and when reviewed the audio he found he'd captured a strange noise that sounded like a scream. After that, the pair got a couple of hours sleep. Katrina in the suicide room and nick on a hallway.
The next morning they once again attempted to gather some evidence in the form of EVPs using an audio recorder and the Geobox, but once again they only managed to capture a few garbled sounds, none were particularly clear or relevant words of phrases.
As Nick picked up the Geobox he thought he heard the phrase "don't touch me" come out of the device, but Katrina was unable to make those words from the sound, which was one syllable too short.
Later in the investigation, the show's camera man, Rob Saffi, suddenly reacted after feeling something on his back. Katrina checked his back and what looks like a bite mark was immediately visible on his skin despite the fact nothing seemed to have touched him. The incident was too much for Rob and he left for the night earlier than planned, leaving Nick and Katrina alone.
The duo resumed their investigation, but the hotel proved to be quiet for the rest of the night. Eventually they found spots to set up their camp beds and got some sleep. 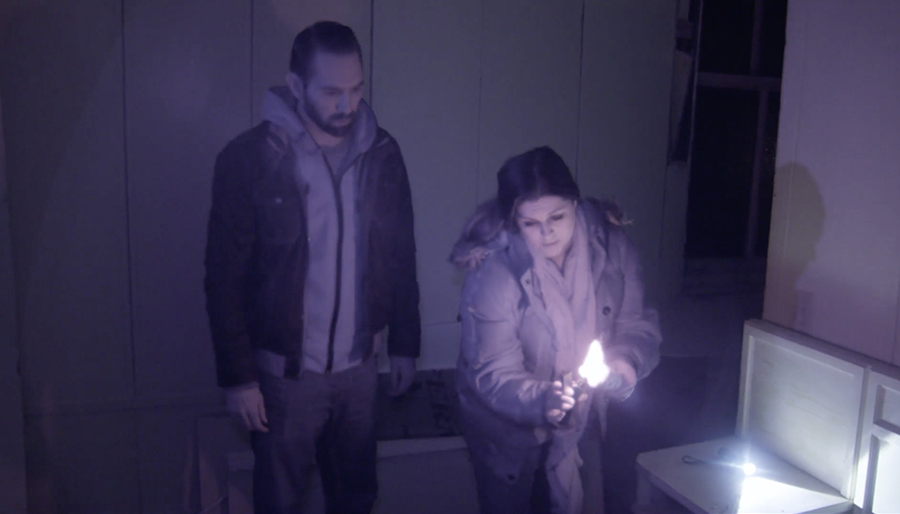 Their plan for the final evening is to try to move the entities haunting the building on. They do this by lighting sage, a method of spiritually cleansing a building.
Nick then tells the spirit of the young woman that's been trapped there for 40 years that all she has to do is move on, "try to find the light now, try to move on to that better place, you don't have to stay here any more."
He also addressed the negative entity, who they suspect bit Rob, "if there's a negative entity here, the man we were communicating with, the evil one, who is attacking people. You're not welcome any more. We have to evict you out of this hotel." That should do it.
They made their way around the whole hotel, wafting the sage and calling out in an attempt to help the supernatural entities in the same manner. They made their way to a window and opened it allowing the smoke to waft out as the entities were evicted.
Nick concluded, "I think the atmosphere has shifted, it feels different in this room." Katrina agreed, "I think we push it out, it feels different in here."
'Paranormal Lockdown US' continues next week on Really as part of the channel's #Freakend event, bringing viewers two nights of paranormal entertainment every Thursday and Friday.
You can watch in the United Kingdom and Ireland as part of the Discovery family of channels. You can watch Really on Freeview (17), Sky (142), Virgin Media (129) and Freesat (160), plus YouView, BT TV and TalkTalk TV. Or watch previous episodes on demand on dplay.