Nick Groff and Katrina Weidman venture to the harrowing halls of Malvern Manor in an attempt to capture evidence of reported aggressive paranormal shadow figures. 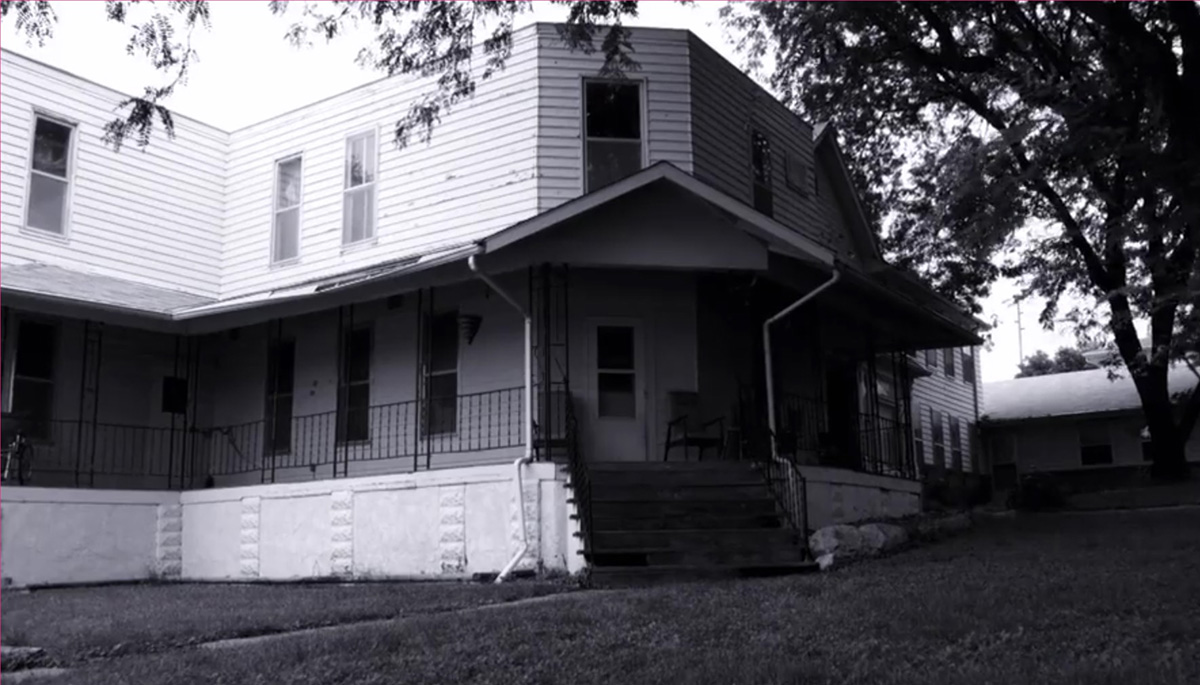 Nick Groff and Katrina Weidman venture to the sleepy Iowa town of Malvern to investigate claims of aggressive shadow figures at an unassuming manor house which is now abandoned.
Here in the UK, the series is being billed as 'Paranormal Lockdown US', and although the show is new to Really, it actually pre-dates the recent UK series and has previously been shown on Quest Red in the UK. This week Really brings us episode nine of the second season.
Malvern Hall was built in the late-1800s. In the 1960s the house was used as a home for the mentally ill. Some say that the building's hauntings only furthered the patients' emotional torments. Eventually the care home closed, but the paranormal activity is said to continue, with neighbours claiming they've heard disembodied screams. Inside visitors have seen fleeting glimpses of apparitions and more sinister dark shadow figures.
Before they even got stuck into their investigation they heard strange sounds, dragging and footsteps in various parts of the house. 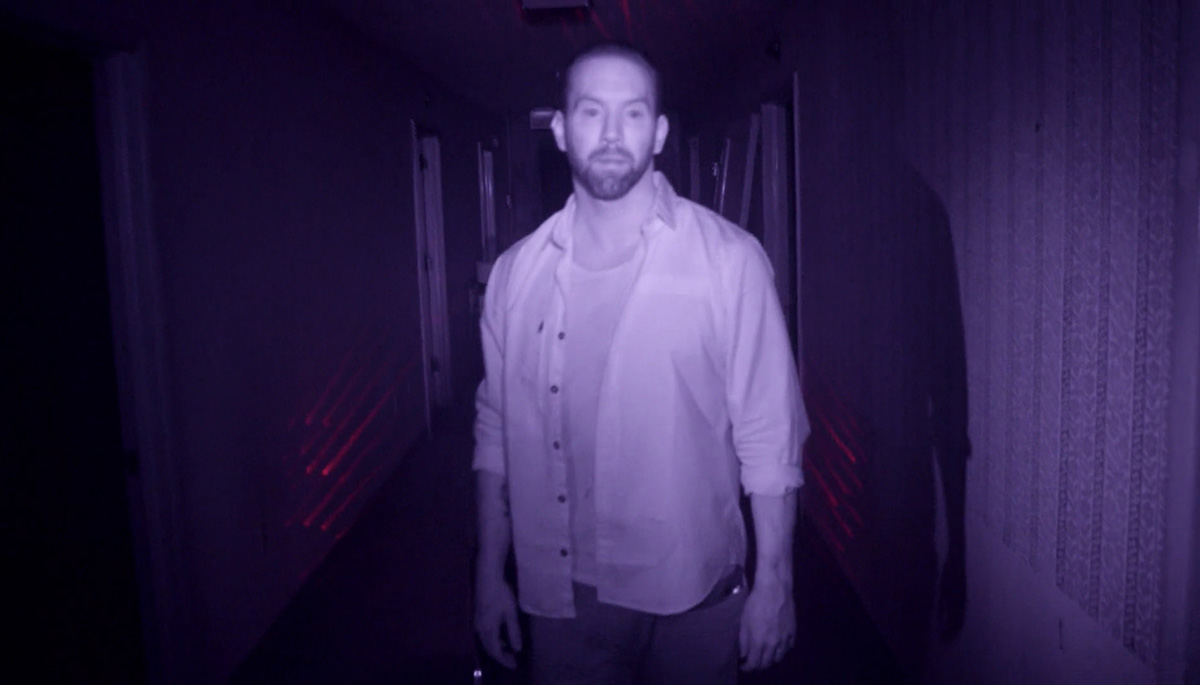 As night fell outside, Nick and Katrina switched their camera's to night vision and began their investigation on the upper floor. It was here that fellow paranormal investigator, Johnny Houser, once saw a dark shadow figure charge towards him in an aggressive manner.
Nick was using a grid of laser beams to try to spot the shadow figures. He explained, "We set up a laser grid in the hallway. If any figures pass, we'll see them break the laser lines." They left a camera pointing at the laser grid and went to one of the upstairs bedrooms.
It was here that a former resident was once found dead. The young girl had been playing outside with her brother, but went inside to play instead. When her brother came in ten minutes later he found her dead, hanging from her own skipping rope in a closet. Her death was ruled to be accidental, but Nick thinks there may have been a cover up and hopes to get to the bottom of it with one of his ghost hunting devices.
He's using a gadget called a GeoBox, which scans through multiple frequencies of the electromagnetic spectrum, the idea is that intelligent spirits can manipulate or use the ambient electromagnetic field to relay intelligent responses in the form of words or sentences. They had a few garbled responses, but none of them seemed particularly relevant or intelligent.
Soon after they called it a night and found somewhere to sleep. Katrina slept in the shadow figure hallway, while Nick decided to sleep in Gracey's room. It's named after a former schizophrenic patient. Her spirit is said to most often mess with male investigators.
During the night, Nick left his EVP recorder running in an attempt to capture spirit voices as digital audio recordings, a method known as electronic voice phenomenon. When he played back the audio the next morning, a voice seemed to be saying "Nick, get out!" 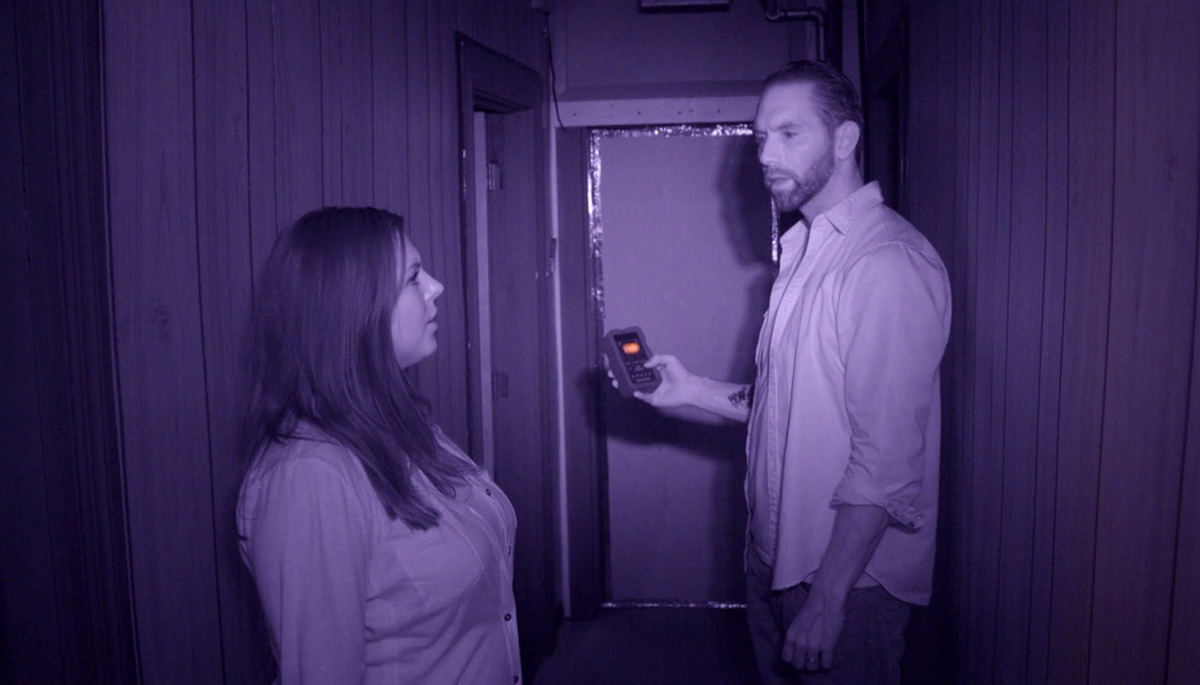 The next night they were on the upper floor again using an SLS camera, a device that uses 3D mapping technology to detect human-like shapes in the darkness. They weren't at it for long before they heard a dragging sound, that led them to the cupboard in the little girl's room.
Later Nick felt overcome by a feeling of static electricity on his body. He then noticed the infrared light mounted on the top of the camera he was holding had turned off having become very hot to the touch. Nick said, "the f**king IR light melted, dude. It drained the s**t out of it and melted it."
Feeling drained, the pair called it a night and found places to sleep for their second night in Malvern Hall.
They started their final day with a brief and  fruitless investigation of the attic, where charred timbers bear witness to a fire that once broke out there and killed at least one resident. They were once again armed with the GeoBox, but the responses were unclear.
For the final night of their investigation, Nick and Katrina were joined by Johnny Houser, to see if his presence would cause the reported shadow figures to appear for them. Although things were quiet for Nick and Katrina, while Johnny was alone he felt something touch him and heard various taps and sounds around him.
Soon after, their 72 hour lockdown came to an end. Sadly Nick and Katrina didn't witness any of the shadow figures they'd come to the building in search of and Malvern Hall failed to show its aggressive side to them.
'Paranormal Lockdown US' continues next week on Really as part of the channel's #Freakend event, bringing viewers three nights of paranormal entertainment every Thursday, Friday and Saturday.
You can watch in the United Kingdom and Ireland as part of the Discovery family of channels. You can watch Really on Freeview (17), Sky (142), Virgin Media (129) and Freesat (160), plus YouView, BT TV and TalkTalk TV. Or watch previous episodes on demand on dplay.