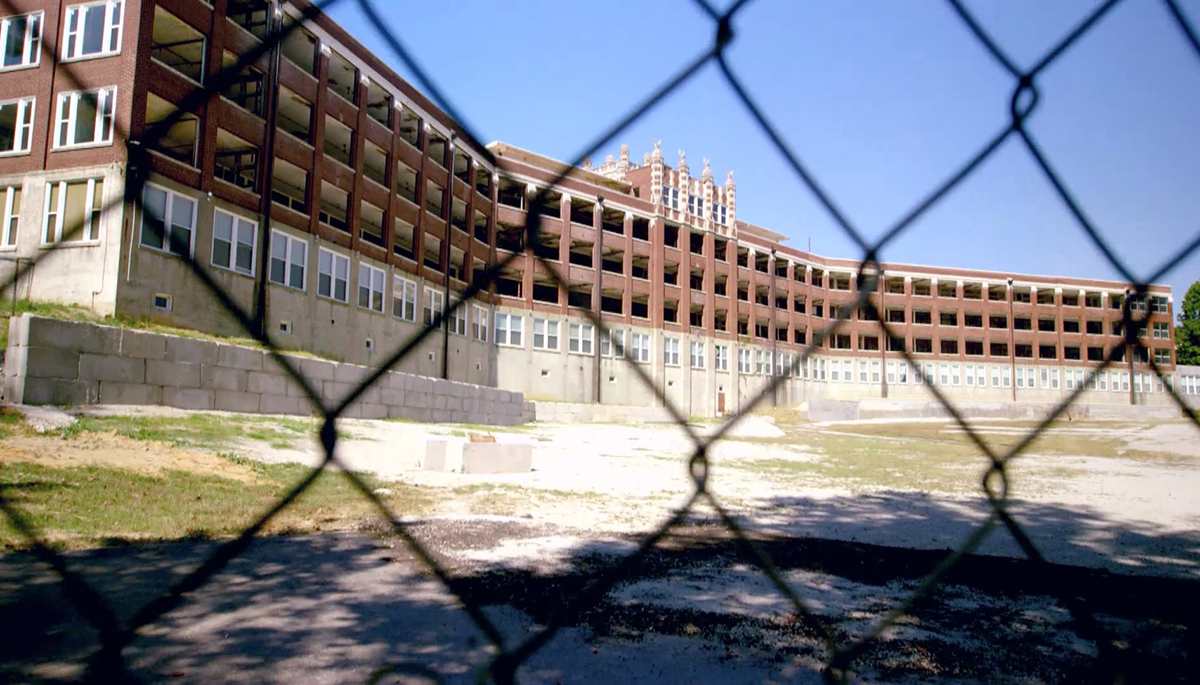 Nick Groff and Katrina Weidman set out to document the elusive shadow figures lurking within the expansive corridors of Waverly Hills Sanatorium in Kentucky.
Here in the UK, the series is being billed as 'Paranormal Lockdown US', and although the show is new to Really, it actually pre-dates the recent UK series and has previously been shown on Quest Red in the UK. This week Really brings us episode five of the second season.
The imposing Waverly Hills Sanatorium sits on a hill overlooking the Ohio River valley on the outskirts of Louisville, Kentucky. It was built as a tuberculosis hospital in the early 20th century. Over 8,000 patients died of the disease in the building. The show's narrator tells us that the hospital closed in 1981, it was actually 1961.
It was Nick's third time investigating Waverly Hills, this time with better equipment and the hope of experiencing something new. However it was Katrina's first time at the sanatorium, but she said "Waverly Hills has been on my paranormal bucket list for 10 years." The aim for their 72-hour lockdown is to document the legendary shadow figures that lurk there. 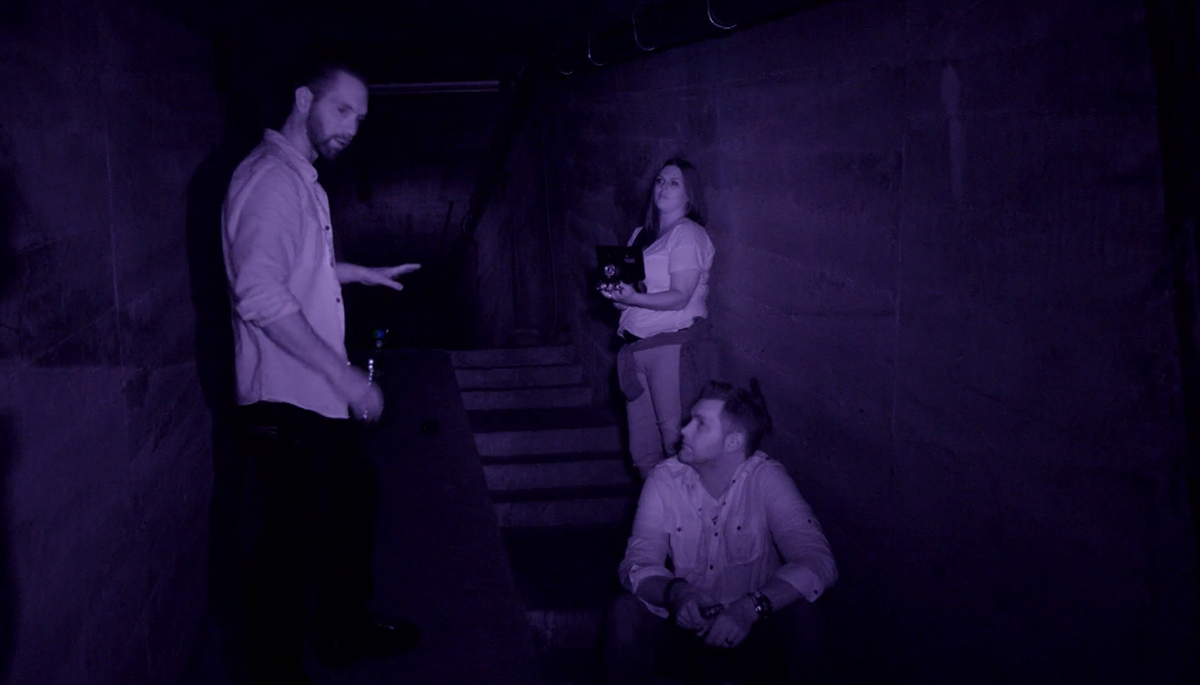 For the start of their investigation, Nick and Katrina were joined by Ben Hansen, a paranormal investigator and former FBI agent, who now stars in the paranormal show, 'Ghosts Of Morgan City'.
They started their investigation in the body chute, a 150-meter-long tunnel that was used to discreetly move the dead away from the building.
They were using some motion activated LED light panels, which they led on the floor. If anything passes over them, areas of the panels will light up to indicate and track the movement. As they started to call out to any spirits that might be present, the panels did light up.
Nick called the incident, "weird" and they took the results of the experiment as inconclusive, perhaps because it happened so early in their investigation.
Once Ben had left them they went up to the 4th floor. This is said to be one of the most active areas and the floor where shadow figures are most regularly reported.
Almost straight away they heard a sound. It wasn't clear what it was on camera, but Nick thought it was a voice saying "hey". The sound came from the surgical room, so they went to investigate.
You'd think that after hearing this direct audible voice they didn't listen for similar phenomenon, but they didn't. Instead they drowned out the possibility of hearing another voice with a noisy ghost hunting gadget that spews out electronic sounding words and phrases.
It didn't matter too much as they weren't at it for long. Nick was distracted after seeing what he thought was a shadow in the corridor, so they went to investigate.
Not long after they called it a night and each found somewhere to sleep. Both had disturbed nights, especially Nick who was awoken by the light panels activating in the night. 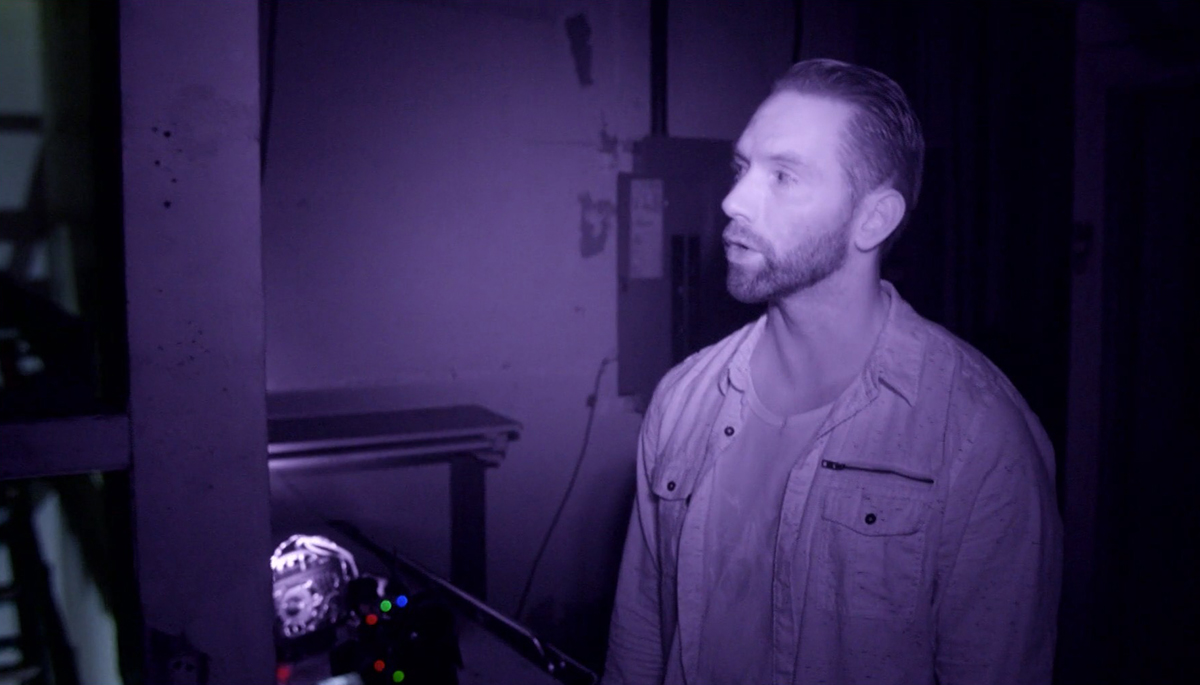 Day two started with Nick exploring the sanatorium alone. He was calling out "are there any shadow figures here?" Would a supernatural entity know they are a shadow figure and identify with that label?
Later he was joined by Katrina, and as they investigated the 4th floor, Nick once again thought he saw a shadow figure, this time crossing a doorway, again the moment wasn't caught on camera.
They then decided to use a device called a "Wonder Box", which was created by Steve Huff of Huff Paranormal. The device worked in a similar way to other gadgets the team use, spewing out indistinct sounds, some of which sound like garbled words. Nick asked "which floor do we need to go to to see a shadow figure?" A noise followed the question through the Wonder Box, which nick thought sounded like it was a voice saying the word "morgue".
They took this as an instruction and headed to the ground floor and the morgue. Once there, Katrina got on to a slab inside one of the original cold lockers, while Nick called out to the spirits. The vigil didn't last long and Katrina soon crawled back out of the locker, her predicament actually caused Nick to crack a rare smile.
They then felt that they should move on from the room they'd been told to go to, and went to the surgical room. They were once again using the light panels, as well as a 360-degree condenser microphone connected to a speaker, the idea being that they could hear EVPs in real time. EVP stands for electronic voice phenomenon and is the technique of capturing spirit voices using an electronic device.
After explaining the set up of the gadgets, neither were seen to be used. Instead they left the room after hearing knocks around them. Nick then said, "I just heard footsteps... or shuffling or dragging." Then once again, Nick thought he saw a figure standing in an adjoining room through a window.
He led Katrina and camera man Rob Saffi to investigate and just seconds later the same thing happened again. Nick said he thought he'd seen figures resembling Katrina and Rob in front of him when in fact they were behind him.
A little while later there was a loud bang, which Katrina thought sounded like something banging on the window behind her. Later that night Nick slept in the surgical room, while Katrina set up her bed back down in the morgue. 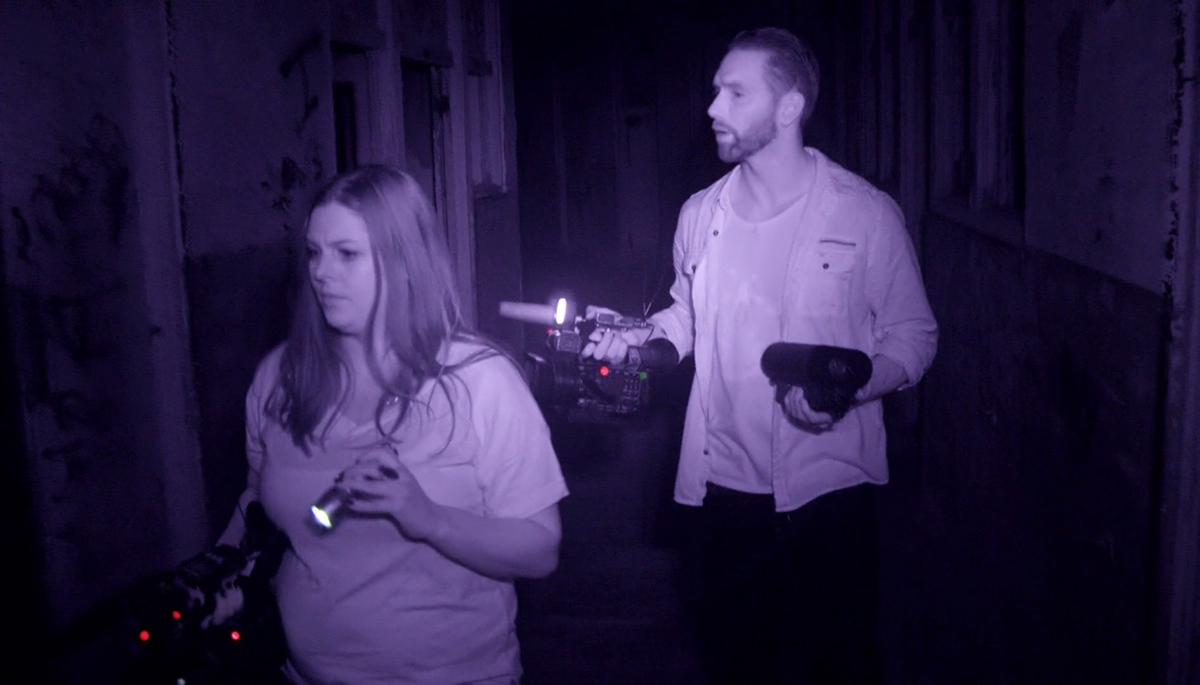 The next day was seemingly uneventful, but on their final night the team used a cool thermal imaging drone. Nick explained why they're using the drone, "when you see a shadow figure, it's seen in complete darkness," this is an odd thing to say. In complete darkness you can't see anything, so there must be some light. He continues, "maybe you can't capture them by a traditional camera, that's why we're going to use the thermal camera to try to capture this, maybe, energy that's forming within these shadows"
While Rob flew the drone around the building, Nick and Katrina returned to the 4th floor, where straight away Nick again thought he saw someone stood behind them.
Meanwhile Rob had spotted something on the third floor with the drone and radioed through to the guys asking them to go and investigate. What Rob had seen he thought looked like something blocking a doorway, but it was clearly a door swinging. This makes perfect sense because moments later Rob grounded the drone as he said it was getting too windy to fly. There is no glass in any of the external windows in the building, so doors swinging in the breeze is very likely.
Soon after Nick and Katrina called an end to their investigation. They had failed in their mission to document a shadow figure, but Nick thought he'd seen no less than five figures during his 72 hours in the sanatorium.
'Paranormal Lockdown US' continues next week on Really as part of the channel's #Freakend event, bringing viewers three nights of paranormal entertainment every Thursday, Friday and Saturday.
You can watch in the United Kingdom and Ireland as part of the Discovery family of channels. You can watch Really on Freeview (17), Sky (142), Virgin Media (129) and Freesat (160), plus YouView, BT TV and TalkTalk TV. Or watch previous episodes on demand on dplay.