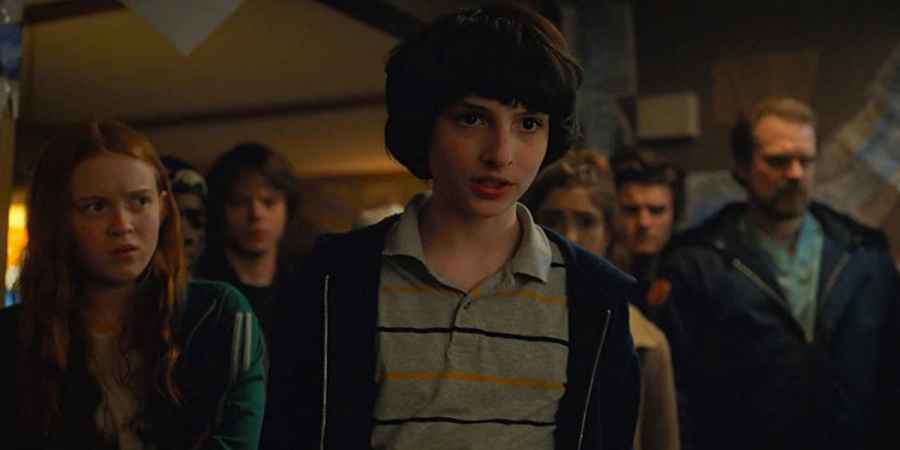 Finn Wolfhard who plays Mike Wheeler in Netflix's smash supernatural series, 'Stranger Things' has let slip that the highly-anticipated fourth season of the show might be released in 2022, not this year as many fans were hoping.
Although there was no exact date for the upcoming fourth season of the Duffer brothers' hit series, we were expecting its release this year. That's after the project was already delayed by the global pandemic that temporarily halted production of the show.
The Twitter account Stranger Things Spoilers spotted the nugget of information in a video featuring Finn that was shared online.
The clip showed the teen star answering a fan's question on Fanmio, a service that let's you meet your favourite celebrities through personal video experiences.
When asked about the upcoming new season, Finn said "season four, it should be out sometime next year, hopefully," suggesting that a 2022 release date is on the cards.
By mid-2022 it will be three years since the last season dropped on Netflix, so if Finn is correct about this potential release date, then it's likely to be early in the year. Of course, there is still a chance that Finn, who plays a Hawkins school boy in the show, is wrong about the date and we may still be on course for a release around Halloween or the end of 2021.
Little is known about the new season at this time. The story was wrapped up nicely at the end of the third season and the gang went their own separate ways, but you can be sure the Duffer brother have at least one more surprise up their sleeves that will bring the brave kids back together for at least one final adventure.
The question is, where will the adventure take place? A teaser trailer dropped last year confirmed that the show would return, but perhaps with a twist. A line in the trailer, "we're not in Hawkins anymore," suggests that the next season will be set outside Hawkins.
This has lead fans to speculate where the action will unfold this time around, perhaps in the Upside Down itself?
It also seems that Russia will be a setting for season four. At the end of season three we journey to Russia, where a mysterious American prisoner was being held. In early-2020 a teaser trailer dropped for the upcoming season that showed one of the show's best-loved characters in Russia.
The trailer also confirmed one thing all 'Stranger Things' fans had been hoping; that Hopper didn't die. Jim Hopper has been protecting the town of Hawkins since the very first episode of season one, but sadly, it looked like he may have met his maker in the season three finale. However, the teaser trailer has confirmed he would be returning in season four.
Even before the third season was officially announced by Netflix, the show's creators not only hinted that a third will happen, but also a fourth season. Ross Duffer announced the news in an interview with Vulture saying, "we're thinking it will be a four-season thing," but it could even end up being five seasons long.
If you can't wait for season four to land on Netflix, then check out our suggestions of what to watch after Stranger Things and keep an eye on the latest news on Stranger Things season four here.