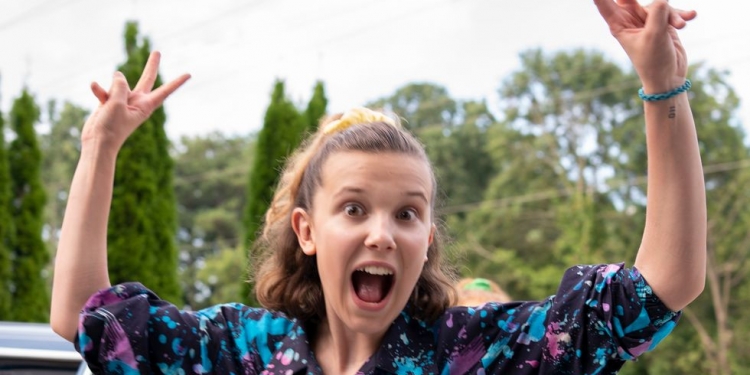 The beginning of summer doesn't seem so long ago does it? Hot weather, long days, July 4th, waiting for season three of 'Stranger Things' to drop on Netflix so you could find out what mayhem was going to be unleashed in the mall.
The Duffer Brothers are clearly not messing around as a teaser trailer has just appeared for season four. No mention of a date, or any filming from the series (we understand they're still at the writing/pre-production stage at the moment) but there is one interesting insight to gain from the trailer.

The line "we're not in Hawkins anymore' is a reference to the classic 1939 MGM musical 'The Wizard Of Oz'. In that film, the lead character of Dorothy, played by Judy Garland, is seemingly whisked away from her home to the magical land of Oz. On arriving and recognising she's somewhere alien, she says to her dog Toto "we're not in Kansas anymore".

So, this sounds like 'Stranger Things' is making the expected move to setting to the next season outside Hawkins. They had to, right, there's nowhere left in the town to go. So where could they be heading?
Russia – At the end of season three we journey to Russia, where a mysterious American prisoner is being held.
London – Some people are saying the chiming bell sounds on the trailer could be Big Ben, so could the gang be travelling to UK for part of the next season?
Salt Lake City, Utah – In season three we meet Dustin's new long-distance girlfriend, Suzie. With the threat of the Upside Down growing, could we see the gang from Hawkins heading to Suzie's home town of Salt Lake City to save her from the demogorgons.
Pittsburgh, Pennsylvania – During season two, Eleven ventured to Pittsburgh to track down Kali, a fellow test subjects experimented upon at Hawkins Lab. Could we see the Hawkins gang reuniting alongside Kali and her gang of misfits in Pittsburgh?
The Upside Down – The teaser show a shot of Hopper's cabin in the Upside Down, a sign says "welcome to Hawkins". So perhaps the new season won't take place away from Hawkins, but below it as the gang ventures deeper into this dark and threatening world.
If you can't wait for season four to land on Netflix, then check out or suggestion of what to watch after Stranger Things and keep an eye on the latest news on Stranger Things season four here.