'Stranger Things' Returns To Netflix This Year, Here's Everything We Know About Season 4 So Far

"It is almost here," Eleven tells us in a recent teaser trailer for the fourth season of 'Stranger Things', but here's everything you need to know about the show's summer 2022 return to Netflix. 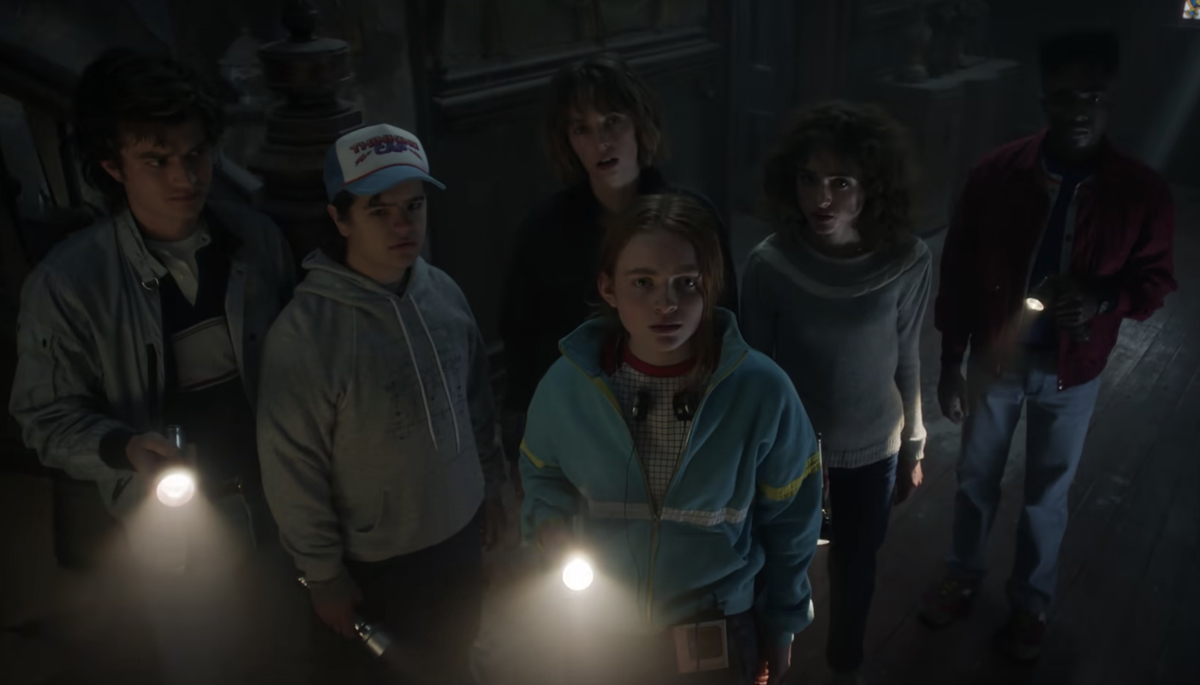 Photo: © Netflix
It's been two and a half years since Netflix brought us any new adventures in Hawkins, Indiana, but the wait is almost over. This year the long-awaited fourth season of 'Stranger Things' finally drops, we know it's due to premiere in the summer, we just don't know exactly when yet.
It was July 4, 2019 when we were last enthralled with new episodes of the hit supernatural series. The third season came to an end with Hopper and Joyce bravely fighting their way into the Russians' secret bunker under Starcourt Mall an an attempt to put an end to the Russians' attempt to re-open the gate to the deadly realm that is the Upside Down.

"We're Not In Hawkins Anymore"

Just three months after the climatic and tear-jerking finale of season three, the show's creators, the Duffer brothers, confirmed a fourth season was on the way and even dropped a teaser trailer which brought us the cryptic line "we're not in Hawkins anymore".
This 'Wizard Of Oz' reference implies that the show is making the expected move to set the next season outside of Hawkins. This of course raises the important question of where they could be heading.
How about Pittsburgh? Eleven already visited to track down Kali in season two, could we see the Hawkins gang reuniting alongside Kali and her gang of misfits in Pittsburgh?
The teaser showed a shot of Hopper's cabin in the Upside Down, a sign says "welcome to Hawkins". So perhaps the new season won't take place away from Hawkins, but below it as the gang ventures deeper into this dark and threatening world.
However, there are a couple of locations that we know will feature in the new season. It's recently been revealed that some of the season's action will unfold in California, but we've known for a while that Russia is also important.
At the end of season three we saw a glimpse of a military base in Russia, where a mysterious American prisoner was being held. The next teaser video for season four confirmed the importance of this location.

From Russia With Love

On Valentine's Day 2020 we were taken back to Russia in a new teaser trailer, but the key takeaway from the 50 second clip wasn't the significance of the location, but the appearance of one of the show's best-loved characters who we were lead to believe died in the previous season.
Jim Hopper has been protecting the town of Hawkins as its chief of police since the very first episode of season one, but it looked like he may have met his maker in the season three finale. However, the snowy teaser trailer confirmed what fans had hoped all along.
Within minutes of the trailer being posted online, the word "Hopper" was the top trend on Twitter, being tweeted along with "#StrangerThings4," "#StrangerThings," and of course "HOPPER IS ALIVE."
This of course means that David Harbour will be reprising his role as Hopper. The actor has already said that this series is his favourite yet. He told People, "this season is my favourite because he really is going to show you some new colours and what he’s really made up of."

In March 2020, pre-production for the new season got underway and a video was posted showing the cast in Atlanta for a read through of the script. This provides the cast an opportunity to get a feel for the script before filming begins.
The minute-long video, which appears to be shot on an old VHS camera, is packed full of many of the stars of the show including the whole gang of kids - Caleb McLaughlin (Lucas), Finn Wolfhard (Mike), Gaten Matarezzo (Dustin), Millie Bobby Brown (Eleven) and Noah Schnapp (Will), plus Joe Keery (Steve), Sadie Sink (Max), Charlie Heaton (Jonathan), Natalie Dyer (Nancy) and Priah Ferguson (Erica).
David Harbour is also on hand for the script reading, along with Joyce, played by Winona Ryder. We also see the return of Cara Buono who plays Karen Wheeler, and Brett Gelman as conspiracy theorist Murray. 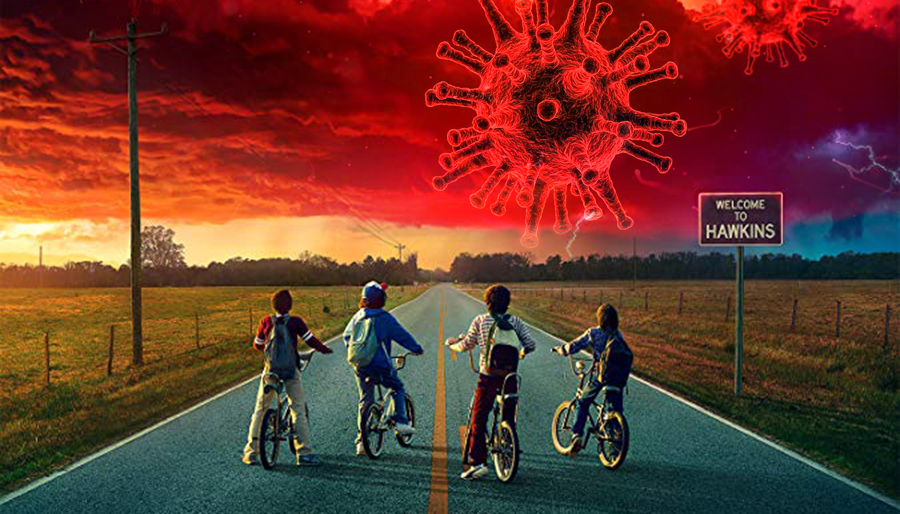 As the show neared the end of its pre-production stage, we were expecting season four to drop on Netflix in late 2020 or early 2021, that was until COVID crippled the world. Like many of us, Netflix employees were asked to work from home and production was shut down on all of the scripted shows and films.
With production on hold, the Duffer brothers had more time to plan out the show's future. In an interview with The Hollywood Reporter, Matt Duffer said, "we've had a lot more time to work on the scripts. For the first time, we have all the scripts written and we're able to look at it as a whole piece and make adjustments."
And it's not just season four Matt and Ross are planning, they have teased that the upcoming season may not be the last we will see of the show. Ross said, "season four won't be the end. We know what the end is, and we know when it is." Whether this means a fifth season or perhaps a one-off feature length finale, only time will tell. 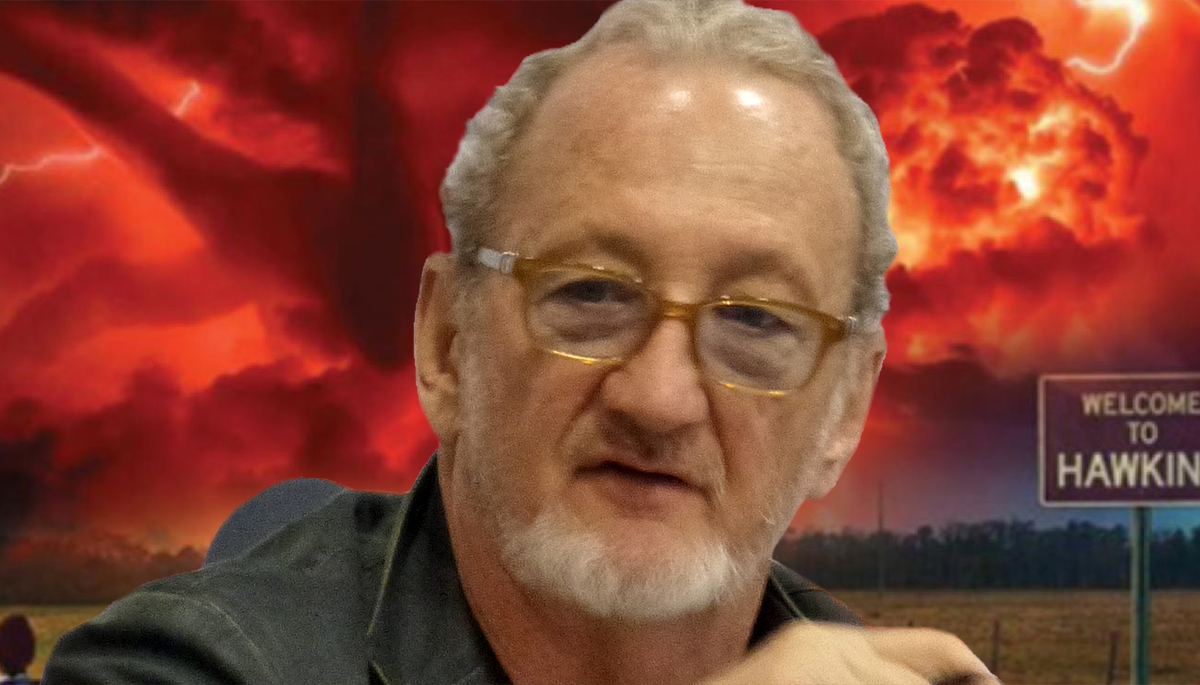 We know the Duffers are heavily influenced by 1980s pop culture, so it was fitting that they announced they'd added the legendary Robert Englund to the cast in December 2020.
Robert, who starred in the iconic 'Nightmare On Elm Street' movie series, follows in the footsteps of other 80s stars includin, Cary Elwes (Mayor Kline), Sean Astin (Bob), Paul Reiser (Sam Owens), and Matthew Modine (Dr Brenner), who makes a return in season 4.
It's been confirmed that the Freddie Krueger star will be one of a handful of actors joining the show's cast as a recurring new character. Robert will take on the role of Victor Creel, a disturbed killer who's locked up in a psychiatric hospital.
Robert will be joined by actor Jamie Campbell Bower, who will portray a carer working at the psychiatric hospital. Other new regulars include Joseph Quinn, Sherman Augustus, Mason Dye, Nikola Djuricko, and Tom Wlaschiha.
Jonathan has a new friend in the upcoming season, a fun-loving stoner played by Eduardo Franco who delivers for Surfer Boy Pizzas. A delicious fresh pizza sounds like it would go down well with an ice cream from Scoops Ahoy, but the pizza place is far from Hawkins. A later teaser trailer reveals that Jonathan is now living in California.

"Eleven, Are You Listening?"

In May 2021 a new teaser trailer gave some hints about what we can expect from the upcoming season, but its cryptic imagery had fans speculating about hidden messages and clues in the clip.
The teaser trailer took us back in time to Hawkins National Laboratory at a point when the secretive government experiment was in full swing. We see several of the child test subjects, all with shaved heads and identical hospital gowns. We also see Dr. Brenner, who we saw killed by a beast from the Upside Down at the end of the first season.
At the end of the trailer we also hear the government scientist address Eleven, before we get a quick flash of Millie Bobby Brown's character confirming that the newly released footage shows us a time when Eleven was being held at the lab.
One YouTube channel claims that there were as many as 37 clues and Easter eggs hidden in the trailer - everything from psychic ability training with a plinko board through to a massacre at the hands of the lab's test subjects.
The new trailer, which opens with a shot of a clock in the lab, seems to take place prior to the events of season one. This could indicate that time will play an important role in the new season.
Remember that first clip announcing the new season? Clocks featured heavily in that too. The 2019 clip announcement shows a clock face embedded in a tree trunk in the Upside Down, the clip also included the sound of a ticking clock and the chimes. Should we be expecting a throwback to 'Back To The Future' vibes?

"It Is Almost Here"

The good news is that it's been officially confirmed that 'Stranger Things' will return to Netflix this year. A 30-second-long teaser clip which dropped in August offered the smallest of sneak peaks of the upcoming season, but did include the line "in 2022 the global phenomenon returns."
This was the first official confirmation of the season's 2022 premiere, but it didn't come as much of a surprise. Earlier in the year, Finn Wolfhard who plays Mike Wheeler, accidentally let slip that the next season of the show might be released in 2022.
Although we've still not been given an exact date for the upcoming fourth season of the Duffer brothers' hit series in the trailer, it has since been revealed that the season will drop in the summer, by which time it will have been three years since the last season premiered on Netflix.
This sneak peak video also continues with the theme of time. The short clip features a creepy grandfather clock, once again suggesting that the concept of time might be pivotal to the plot of season four, perhaps more important than we first thought.
A teaser clip that dropped in September with the cryptic caption "003/004", shows a family arriving at Creel House in the 1950s. And if the name Creel sounds familiar, that's because we already know that Robert Englund will be playing Victor Creel in the new season.
Since we know that Victor is a disturbed killer, can we deduce that he was locked up in the psychiatric hospital for killing his family as hinted at in the teaser? What could have caused him to snap? The Creel family have two children, are they like Eleven? Did Victor murder his children because of their weird powers? Were the Creel children numbers 003 and 004?
Again, the clip features clocks heavily, and we now learn that the image of the creepy grandfather clock we keep seeing is in fact in the Creel House.

"The Best Spring Break Ever!"

Other than what appeared to be the demise of Hopper, the story was wrapped up nicely at the end of the third season. Although we saw the gang go their own separate ways, it was inevitable that something would bring them back together for at least one more adventure.
Thanks to yet another teaser clip, we know that Eleven is now living like a normal kid in California. She appears to be living with Will and his older brother, Jonathan. Presumably their mother Joyce adopted Eleven in Hopper's absence.
We also learn that despite the season's summer release, the gang will reunite during their spring break. In a letter to Mike, Eleven says "I am ready for spring break, mostly because I get to see you. We will have the best spring break ever."

The most recent video posted by Netflix reveals the titles of the nine new episodes and also narrows down the date a little, confirming that the show will return in the summer.