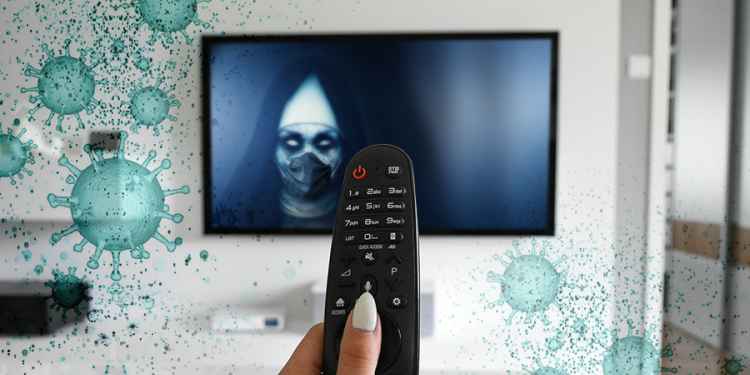 With a quarter of the world's population currently being asked to stay at home, it's more important than ever to find something you love to keep you entertained. That's why we've put together this guide of ghost hunting shows and movies to keep you amused. 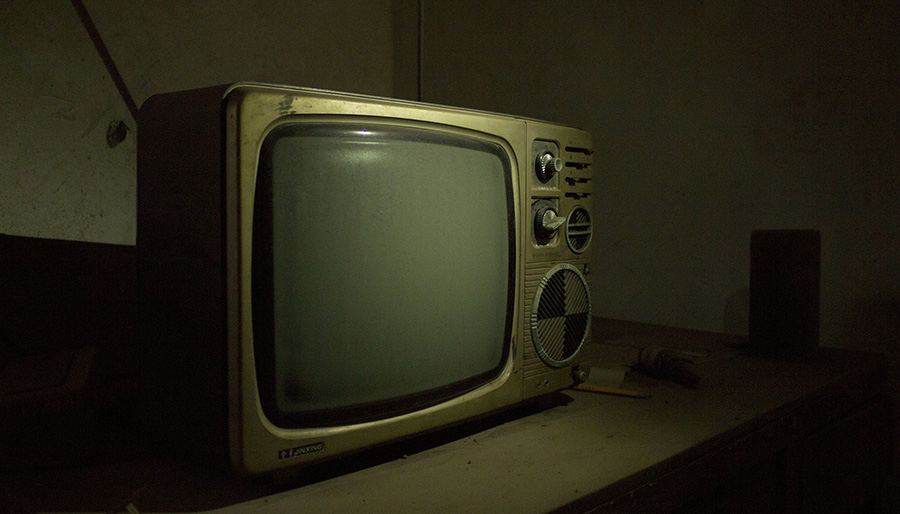 Photo: pixabay.com
Really has become the home of paranormal television in the UK with fans of spooky programming tuning in every Thursday and Friday night for the network's #Freakend event, which features popular ghost hunting shows.
The channel are currently showing classic episodes of 'Ghost Adventures' and 'Most Haunted', as well as the aptly-named 'Paranormal Lockdown UK', which comes to an end in a couple of weeks time. Keep an eye on your TV guide as a new ghost show is likely to replace it.
'Paranormal Lockdown UK' is a British-based version of Nick Groff and Katrina Weidman's ghost hunting show, which sees them spend 72 hours locked inside of some of the most haunted places in the world. If you've missed any of the series so far, you can watch it on demand here.
Also on Thursday nights you can catch 'Ghost Loop'. The show follows US paranormal investigator and medium Sean Austin, empath Kris Star, researcher and tech advisor Chris Califf, design specialist Eric Vitale and tech support Matt Lytle. In each hour-long episode, the team examine and research a different haunted location, delving into its history and the reported hauntings, before conducting a paranormal investigation.
Later on a Thursday night, look out for repeats of 'Paranormal 911', a show which revolves around true tales of US police officers, firefighters and paramedics who've experienced paranormal occurrences whilst on duty. Each year an alarming number of 911 responders are forced to face their fears as they put themselves in danger to help the living.
On Friday nights Really brings us new episodes of 'Destination Fear', which follows paranormal explorer, Dakota Laden as he travels the US in an RV with his sister Chelsea Laden, and best friend Tanner Wiseman visiting some of the most haunted locations across the country, where they spend the night and test the limits of human fear.
You can watch the #Freakend from 9pm on Thursday and Friday live on your television in the United Kingdom and Ireland. You can watch Really on Freeview (17), Sky (142), Virgin Media (129) and Freesat (160), plus YouView, BT TV and TalkTalk TV.
The best thing is, you don't even had to wait until Thursday to watch Really's paranormal offerings. The channel and its shows are available on demand via dplay. There's hundreds of episodes of paranormal shows to binge watch including full series of:
• Destination Fear
• Ghost Adventures
• Ghost Loop
• Ghost Nation
• Help! My House Is Haunted
• Most Haunted
• Paranormal Lockdown UK 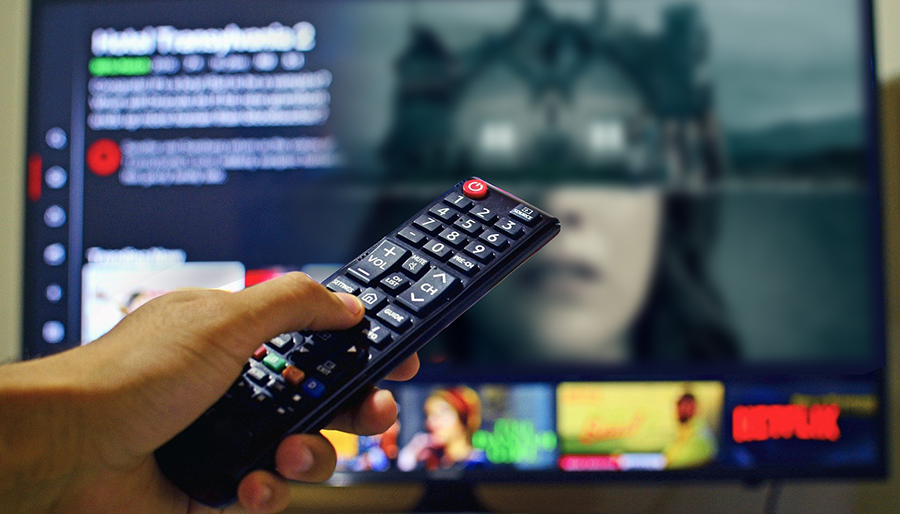 If you've exhausted the offering on television and are still looking for more, then there's plenty to stream online, including some great supernatural series on Netflix. The video streaming platform has hours worth of ghostly content, including documentaries about real haunting cases, paranormal television series, and the latest supernatural movies.
Netflix is the perfect place to binge watch shows like 'Stranger Things', 'The Haunting Of Hill House', and 'Locke & Key'. You'll also find plenty of movies, including all of the 'Insidious' movies and the ghostly classic, 'Beetlejuice'.
There's so much to choose from that we've put together a guide of the best paranormal shows and movies on Netflix.
» Best Paranormal Shows & Movies On Netflix 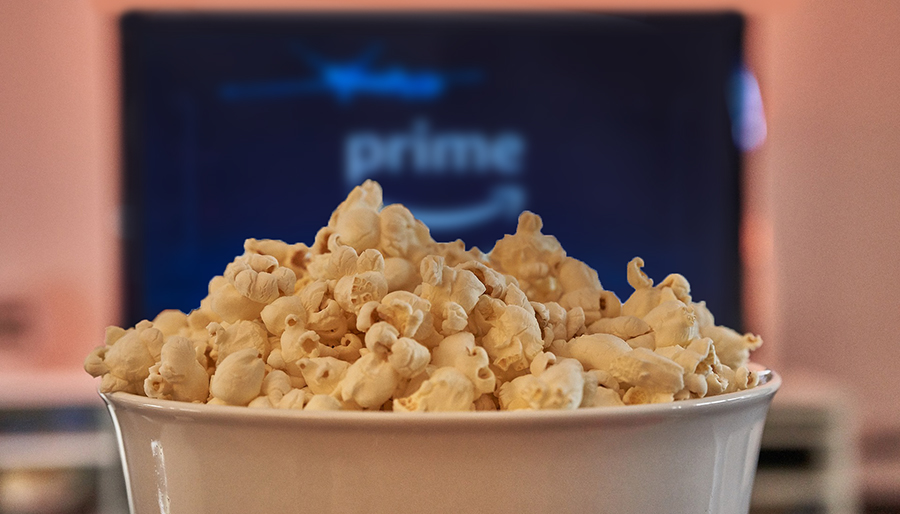 Photo: pixabay.com
Amazon Prime has hundreds of episodes of classic ghost hunting shows, plus new investigations from paranormal teams all around the world, and a solid selection of supernatural movies.
From the original series of 'Most Haunted', through to recent investigations conducted by the 'Haunted Hunts' team, plus brand new paranormal content including the animated 'Borley Rectory' documentary staring Reece Shearsmith. There's also every single episode of 'The X-Files' - that should be enough to get any paranormal fan through lockdown. For more, check out the list below.
» Best Paranormal Shows & Movies On Amazon Prime 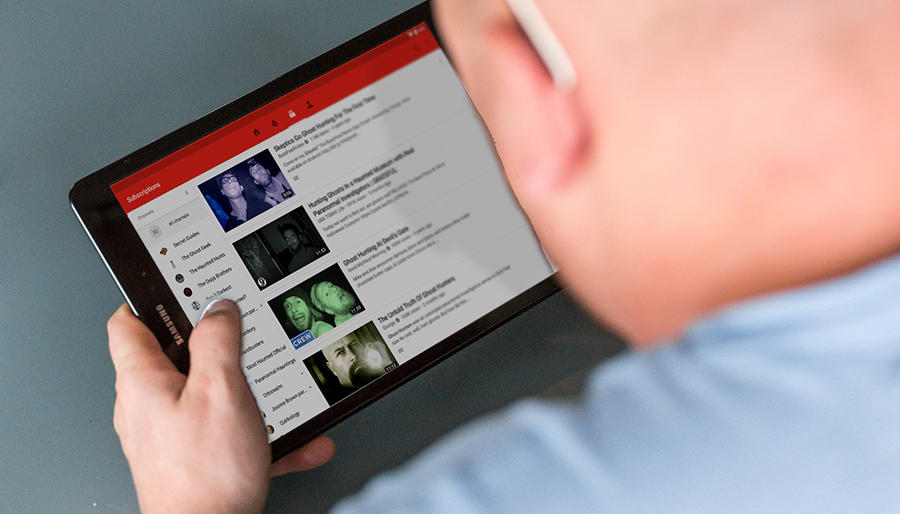 Photo: pixabay.com
There's plenty of great ghost hunting shows on television and streaming platforms, but YouTube gives smaller paranormal investigation teams the chance to share their evidence with the world. There are hundreds of paranormal channels on YouTube offering niche paranormal entertainment, including unusual documentary series, whole channels of ghost hunting, and scary videos featuring evidence of the paranormal.
We've put together a list of some of the best and most popular paranormal channels, all of which upload regular videos so you can get your fix of the supernatural. The list includes Phil and Sara Whyman's ghost hunting web-series, 'Are You Haunted?'. The first episode of the second series dropped at the end of 2019 and will continue throughout the lockdown.
As YouTube creators are now in lockdown themselves, the amount of new content being uploaded as been affected. Since no one should be leaving their home for the non-essential task of ghost hunting, it means the only new content should be pre-recorded videos that was already in the bank.
However, some content creators are finding ways to bring their followers content during the lockdown. Karl Beattie, the co-creator of the long-running British ghost hunting series, 'Most Haunted', tweeted fans with a promise help those stuck at home with additional content on the Official Most Haunted YouTube channel.

As the @mosthauntedexp events have been suspended due to the #coronavirus @Yfielding & I will be doing as much as we can to fill the void, so pop over to the Official Most Haunted YouTube Channel, there will be some impromptu lives & more MHExtras. Much Love x @OnlyMostHaunted

Of course there's also countless channels and a never-ending amount of videos already uploaded to YouTube that you could start working your way through.
One series on YouTube that's not to be missed is Planet Weird's hugely popular supernatural show, 'Hellier'. The documentary series follows husband and wife paranormal investigators Greg and Dana Newkirk as they team up with filmmaker Karl Pfeiffer and try to get to the bottom of reports of goblin-like creatures in Kentucky.
» Best Paranormal Channels On YouTube 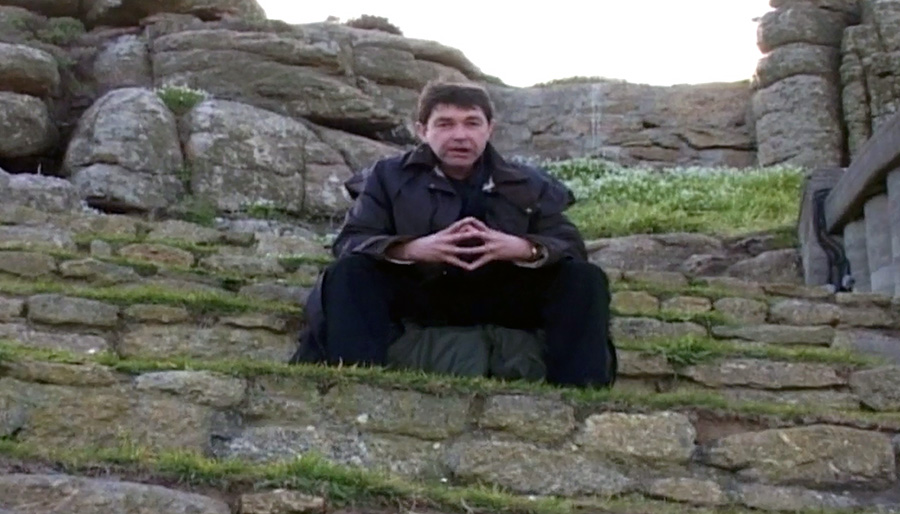 No, not Netflix, but NetFelix. The site is a new ghosts and history video platform which contains hours of ghost videos created by paranormal historian, Richard Felix of 'Most Haunted' fame.
Richard started his 'Ghost Tour of Great Britain' in 1999, with the aim of visiting every British county to tell their unique and historic haunted tales. Two decades on, Richard now has a back catalogue of over fifty of these titles, which are slowly being added to the video platform.
» Find out more about NetFelix

More Stuff To Keep You Entertained