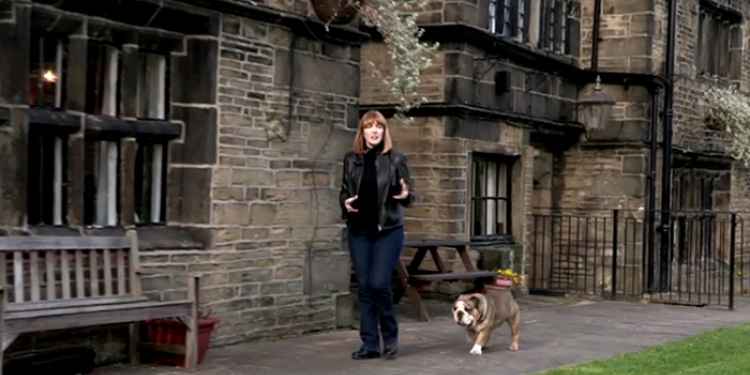 In 2017 the Most Haunted team, fronted by Yvette Fielding, got their newest team member, Yvette's pet dog Watson.
Watson, a two-year-old bulldog, doesn't feature in every episode because not all locations allow dogs. He first sprung into action in the first episode of the 20th series at Abbey House Museum in Leeds. The location started to give up its mysteries as soon as the team arrived and before long Watson pounces head-first into the den of a particularly aggressive poltergeist.
Yvette told The Mirror, "we didn't buy him to go on Most Haunted but he has become my baby now the kids are grown up and comes everywhere with me. I started to take him to filming and he loved it, being with the crew and on location."
According to Yvette, Watson "can definitely tell when something odd is going on," and he did seem to know something was up when Yvette brought home a cursed doll before a 2018 episode at Codnor Castle Cottage. Watson barked and growled uncontrollably at the child's toy, which went on to spontaneously burst into flames during the investigation.
Below is a complete list of the Most Haunted episodes that feature Yvette's ghost hunting pooch, plus links to watch the episodes online on demand. 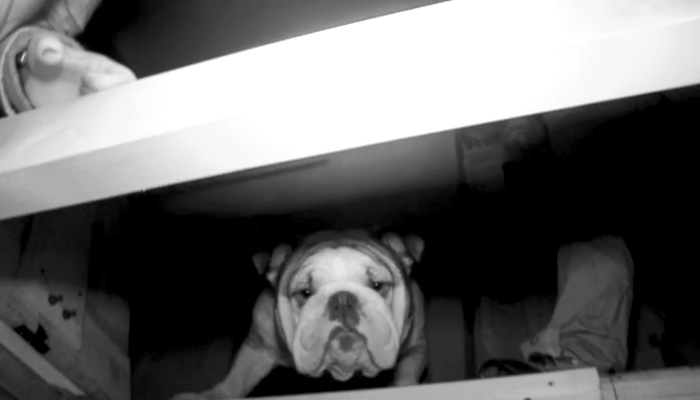 14 Apr 2017 • Review
Most Haunted is not only the longest running ghost hunting show on television but it's also the the original. It's a show that divides the nation, those who believe in the paranormal and the skeptics, and last night Yvette and the team returned for the start of a brand new series on Really.

21 Apr 2017 • Review • News
In the latest of the long-running, British ghost hunting show, Yvette Fielding and team caught a figure on camera which Yvette describes as the show's "most groundbreaking footage" to date.

05 May 2017 • Review
In a first for Most Haunted, Yvette Fielding took the team to an ordained church in Todmorden, where there was a fright waiting for them in the church's cellar and a haunted graveyard to explore in the dead of night.

12 May 2017 • Review
Stuart Torevell, a member of the fearless Most Haunted team was taken home after receiving medical attention following a mysterious incident at a haunted cotton mill in Stockport in one of the show's most terrifying episodes to date.

27 Oct 2017 • Review
Yvette Fielding and her fearless ghost hunting team kick off a new series of the nation's favourite paranormal investigation show at Rowley's House in Shrewsbury, the county town of Shropshire.

28 Oct 2017 • Review
Tonight Yvette Fielding takes her team of intrepid ghost hunters to a 400 year old public house in West Yorkshire where they encounter some of the most violent poltergeist activity they have ever witnessed.

29 Oct 2017 • Review
On the outskirts of Birmingham, the Most Haunted team embark on another investigation of paranormal activities at a Tudor manor house with legends of an entombed monk, secret passageways and plenty of ghost stories. This is the first of a two-part investigation ahead of Halloween.

30 Oct 2017 • Review
In the first half of this two part investigation, the team already encounter more than their fair share of paranormal activity. As soon as they set off into the Tudor manor house in the outskirts of Birmingham, Yvette was hit in the leg by a pestle which was thrown at her in a stair well.

31 Oct 2017 • Review
Halloween night wouldn't be the same without Most Haunted, and tonight Yvette and the team treated us to one of the best episodes of the show in a long time.

01 Nov 2017 • Review
This is the second part of the Most Haunted team's investigation of Croxteth Hall in Liverpool, but will the match the excitement of the first part, the Halloween special?

26 Jan 2018 • Review
The first of a two-part investigation of the Union Workhouse in Llanfyllin, North Wales. Will Yvette Fielding make contact with the spirit of a school master, and can Fred Batt cope with the team ganging up on him in the infirmary?

16 Mar 2018 • Review • Location Details
The first half of Most Haunted's investigation of a Grade II historic public house in Staffordshire, England, located in what were once the grounds of Tamworth Castle.

21 Oct 2018 • Review
Yvette Fielding and the Most Haunted team tackle Macclesfield's most haunted pub, which is allegedly the home of 14 different spirits, this is the first half of a two-part investigation.

26 Oct 2018 • Review
There's clearly plenty of ghostly goings on at the Burslem pub, which originally opened in the 1700s as a coaching house and inn. Yvette Fielding and the team's paranormal investigation of the property is spread across three episodes.